The further we get into the first O 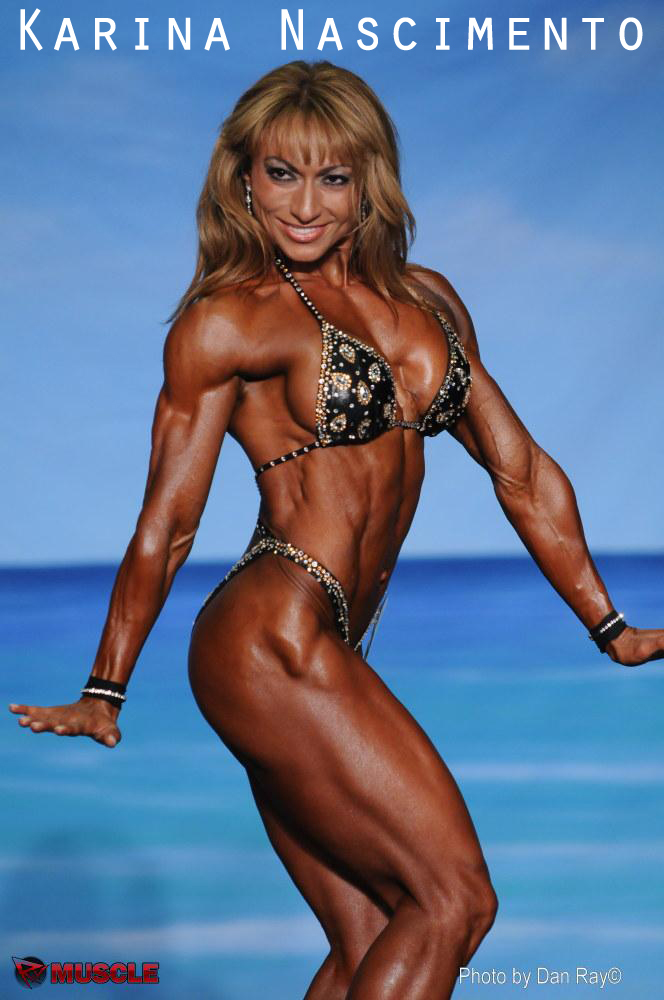 lympia-bound season of pro women's physique, the more it's shaping up to be the "Battle of Brazilian Butts and Other Bodyparts." This week all eyes are on the New York Pro, where Optimum Classic champ Karina Nascimento hopes to show reigning New York Pro champ Juliana Malacarne what exactly she can do with her body-that-WPD-was-invented-for reputation. (Patricia Mello, the other Brazilian bombshell of WPD, won two shows this spring.)

Twenty-nine women's physique athletes will be getting onstage in New York, and it could well be the deepest lineup the newest women's sport has seen so far. Twenty-six of them will be looking to prove that their muscle is every bit as sexy and feminine as the South American ladies'. With the might of the muscle media focused on the Big Apple competition, we are set to pass critical mass regarding the term "feminine muscle" and the number of times it can be uttered in a 24-hour period by people who are not females. The subject of who gets to say how much muscle is attractive and on whom is a subject dear to my heart, and it's not a new one, but before I take on my colleagues in the press pit, a little input is in order.

This question is directed to women, especially those who compete in WPD and the other female body sports: What exactly is "feminine muscle"? How much is too much? And what are your thoughts when you hear male correspondents and fans discussing it in forums etc.? More on this in the next Ruthless Report, and in the meantime…

Some notes from a show that did NOT feature women's physique.

For a Good Time in Pittsburgh, Call…

I ran into a lot of fun folks, new friends and old, at t 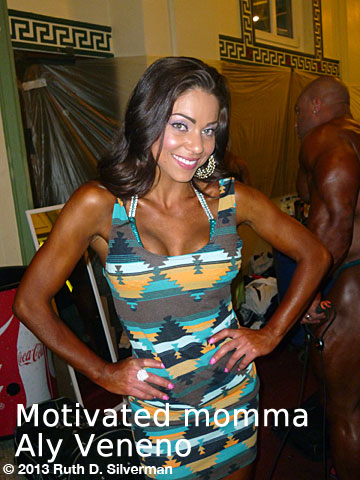 Under the Heading of New Friends and Acquaintances

I couldn't have been more impressed with bikini pro Aly Veneno, a single mom and model from Florida who got her pro card in five months and is on a fast track to better scores than the sixth-place landing she got in the ’Burgh. In fact, since earning her card at the ’12 NPC Nationals last fall, she's logged four pro appearances with two third-place finishes, so she's already on the board in the Olympia-points sweepstakes.

This is one motivated momma with the sass, style and experience to make her presence felt onstage. She did her first show within a year after her son, Magic, now two, was born, and though she's been dealing with knee problems recently, she's a good bet to make it to the Bikini O invite list before the season is out.

"I learned a lot about myself and what the judges are looking for in Pittsburgh," said Veneno, who reps for a sunless tanning company on a schedule designed to give her maximum time with Magic. "I've taken their comments to heart and am working extrahard to make the improvements." Look for her to be lighting up the lineup at the Tampa Pro and the Valente Cup, both in Florida, in August. 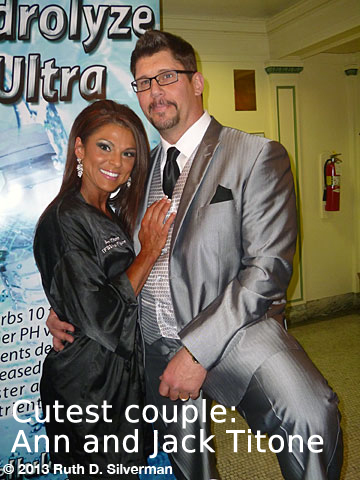 her show out of state, I will do those as well so I can earn points or win," she added. "Money is very hard to come by for extras, but I am trying to make my dream come true."

Under the Heading of Old friends and Acquaintances

Ann and Jack Titone had to be the cutest couple at Pittsburgh's Soldiers & Sailors Memorial Hall. The judges scored Ann a unanimous second behind Strobo in the figure show, but plenty of folks in the seats could have seen her ever-improving body in the winner's spot. Was Ann's feminine muscle a little too conditioned for the judges' taste? That was the subject (more or less) when I ran into the pair in the lobby before the finals, where the athlete correctly predicted that she'd be the runner-up. Her loyal hubby and trainer, looking pretty slick in his gray suit, declared that she'd get ’em next time—and well she may. That will be at the Toronto Pro on June 1, where the very competitive Mrs. Titone is looking for a win to call her own in a tough lineup. She also "aims to win" at the Chicago Pro on July 4 and 5, she said.

Meanwhile, on June 8 the St. Louis–based couple is promoting the Omaha Pro Figure and NPC Duel of Champions in Nebraska. So they're busy as well as cute—and smart too. Ann, who holds down a day job as a dental-office manager, earned her spot in the ’13 Figure Olympia lineup by winning the Kentucky Muscle Pro last fall, but she feels that there's a lot to be gained by keeping one's assets in front of the judges eyes.

"Winning is obviously the desired outcome," she said, "but in all honesty, I know that there is always room for improvement in my physique. I just want to keep improving, working to be the best I can be i 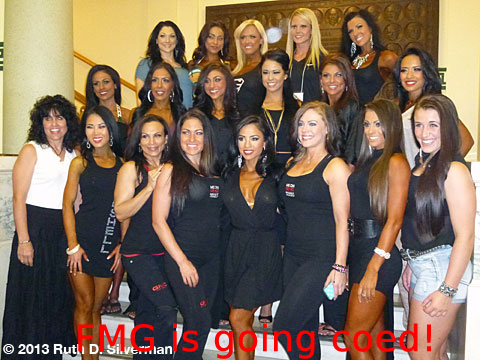 n hopes that the judges recognize the changes as well as I journey to the big stage!"

Under the Heading of Sexy Muscle

The accompanying shot of all the Fitness Management Group athletes who were present at the PIttsburgh was the last of its kind, according to press release from FMG's J.M and Debra Amelio-Manion dated May 21. To put it another way: Men's physique has truly arrived. The 18-year-old FMG, which represents many of the top names in fitness, figure and bikini, has signed its first male athlete. The lucky guy is Mark Anthony Wingson, a nicely conditioned charmer who has been cleaning up on the MPD pro circuit. Wingson notched three big wins in 2012 in addition to taking the title at the Pittsburgh Pro. That he's already a favorite for the Olympia Men's Physique Showdown in September almost need not be mentioned. A second press release announcing the signing of Jason Poston, who took second to Mark Anthony in the ’Burgh, was not far behind, and, according to J.M., the plan is to start with four guys, at least till they get the hang of working in the new market.

Good luck with an idea that's time has come! Soon you'll really be able to answer the age-old question: Is it harder to raise boys than girls?