This season I have bee 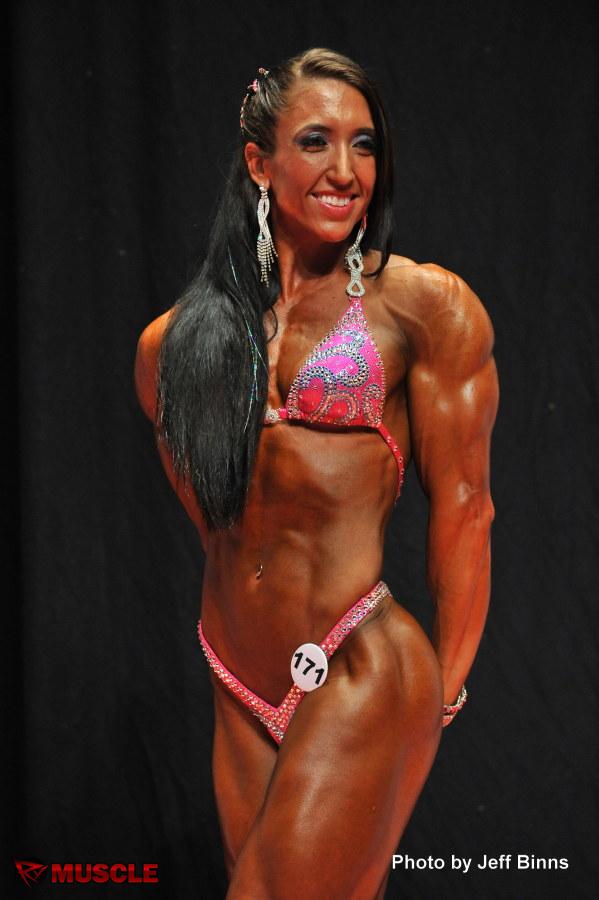 n mightily amused—and a little distressed—to hear contest commentators so not getting it right on the topic of muscularity, conditioning and Women’s Physique. The result: Some thoughts as we head into the Olympia stretch, 2013.

What if they gave a pro Women's Physique contest and nobody came looking "peeled"?

Recently, I posted on YouTube some interviews with bodybuilding celebs that I did at the Joe Weider Memorial in April, including talks with three former Ms. Olympias, Rachel McLish, Cory Everson and Lenda Murray.

They were posted without fanfare—this is the first I've ever announced them—but they were "tagged," so that, theoretically, folks searching the Internet for those personalities might stumble upon them. To my surprise, people did, with the three Ms. Os (and Lou Ferrigno) being the most popular of the interviews posted. So here's the question: Which of the three women is getting the most hits, Rachel, Cory or Lenda?

I asked a number of press-pit colleagues who've been around the sport awhile, and they all got it right. If you said, Rachel, you did too. A similarly posted interview with current longtime Ms. O Iris Kyle that went up last January has had quite a few views, but the Rachel video is on track to pass it shortly.

Now, photos of McLish and the ladies of Female Bodybuilding's early era look like Ms. America contestants from the 1920s compared to today's winner's circle. So, one might conclude that in the 24 years from the time McLish won her first title in 1980 to Kyle's ascension to the Olympia throne in 2004, we've made enormous strides in terms of the development of female muscle but maybe not in the popularity of the women who choose to develop it.

Granted, it's hardly a scientific study, but the recent news that the Arnold Sports Festival would be dropping pro Women's Bodybuilding in favor of Men's 212 bodybuilding did not come as a total shock. Fans wailed that it signaled the end of Women's Bodybuilding—although they've been saying that for a decade or so, at least. I'd probably peg the date at the night in 1996 when Kim Chizevsky was first crowned Ms. O—although as a reporter I hailed her win. If that is the standard, I thought, she is certainly the best.

All the Ms. Olympias have had fabulous structure, and Chizevsky fit that model. Up until that point, however, the gal who had "more muscle than we want to think about on a woman" had never won. Cor 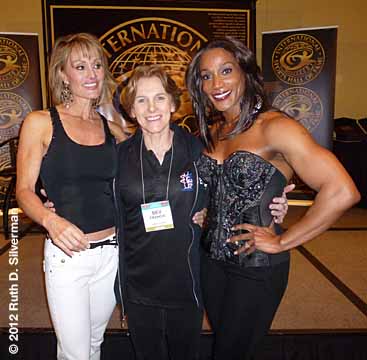 y Everson fought off numerous challenges, including at least one very serious threat from the very symmetrical, very muscular Sandy Riddell. Lenda Murray, too, had some tough battles, notably against Bev Francis in 1991 and Laura "the Uncrowned Ms. Olympia" Creavalle in 1994, but it wasn't until Chizevsky—more muscular, much more conditioned and pretty darned proportioned—passed a not-at-her-best Murray that the judges kicked it up a bigger notch.

The competitor numbers in Women's Bodybuilding have been waning (or stagnating) for years, particularly on the grass-roots level, and the lists from the NPC USA, which took place this past weekend in Las Vegas, seemed inevitably small, 19 total. On the other hand, thanks to the advent (in order) of Fitness, Figure and Bikini—and especially since girls who want to build muscle got the choice to compete in Women's Physique—the numbers from the rest of the women's divisions were huge. So there is no shortage of ladies who want to build muscle. Maybe just not as much muscle.

The good news regarding W

omen's Bodybuilding is, it is anything but dead. It is alive and kicking under its new name—you guessed it, Women's Physique. They're hitting muscle shots, they're posing to music, they're worried about how big and hard is too big and hard. "A rose by any other name…" comes to mind here.

The discussion of women and muscle and how much is too much has been going on since Wayne DeMilia recruited Bev Francis to be the big, muscular "antagonist" in "Pumping Iron 2: The Women." Nobody meant for it—meaning female muscularity—to get to where it is today. There was no plan. It just kind of grew. Women are certainly as competitive as men. If that was the standard, well, some were going to go there, and beyond. WPD is, in a sense, the opportunity for the sport to get it right—to find a range of muscularity that is feminine (whatever that means) and appeals to a broad enough group of women who will want to achieve it and compete. It is, after all, a business that depends on attracting people to participate.

From the statements at some of the recent shows, in which every decision was declared to bewhere the judges are going, you have to wonder if things could be heading down the very same spiral path as the previous incarnation of female flexing.

From the New York Pro, where very shapely, very muscular, very conditioned, very full Juliana Malacarne prevailed, to the Greater Gulf States, where a very shapely and muscular and just sharp enough TycieCoppett defeated more-conditioned candidates, to the Chicago Pro, where a rather shredded Jamie Pinder came in ahead of the bigger, fuller, shapely and plenty con 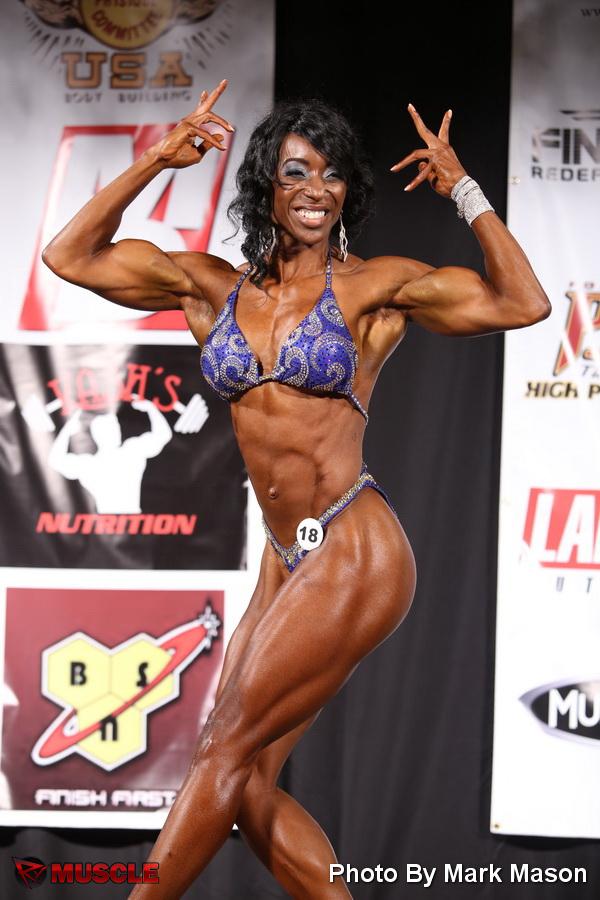 ditioned Valerie Gangie, my head is spinning with the definitive statements that THIS is what the judges now want—no, THIS is what they want. The concern is that too many athletes (and coaches) will take it to heart and base their contest prep on the winner of the last pro show rather than finding the best Women's Physique look for them.

All official statements from NPC/IFBB officials regarding what WPD is supposed to be indicate that the catchphrase is "Figure with a push," not "Bodybuilding light." The results of the USA this past weekend, including overall Women’s Physique champ Maria Rita Penteado, would seem to bear that out.

Generally speaking, so do the pro results. Still, it's not hard to understand the interpretation that the judges give off "mixed signals," and you can't deny that the lines are blurred sometimes. Well, it is a sport scored on opinion, and the judging pool is not some monolithic entity but made up of the opinions of various individuals, all of whom may draw the line on Figure plus vs. Bodybuilding light a little differently. It is madness to try to second-guess them; so why not focus on your own best look for the sport and nailing it on contest day?

The reality is trite but true: The judges can only judge what's in front of them. Given a candidate who is truly a Figure-plus physique and has a beautiful total package, that's usually who they pick. Absent that candidate and facing a group in which all the best bodies, considering all other factors, are more conditioned or bigger (because they "thought" that’s what the judges wanted), the winners are going to come from that group.

The Chicago Pro comes to mind, in which the top placers all looked fabulous, but I thought, “Wow, they look like bodybuilders.” After checking out the rest of the lineup, though, I understood why the placings fell where they did. (Okay, I didn't understand why Gangie didn't win, but the rest of them made sense.) It's easy to see how the spiral gets going. No one is to blame—except anyone who is encouraging WPD competitors that they need to up the ante on chiseled muscularity to win.

But that's just my opinion. A lot is riding on the upcoming first Olympia Women's Physique Showdown in September. People are expecting some kind of definitive decision that will tell th 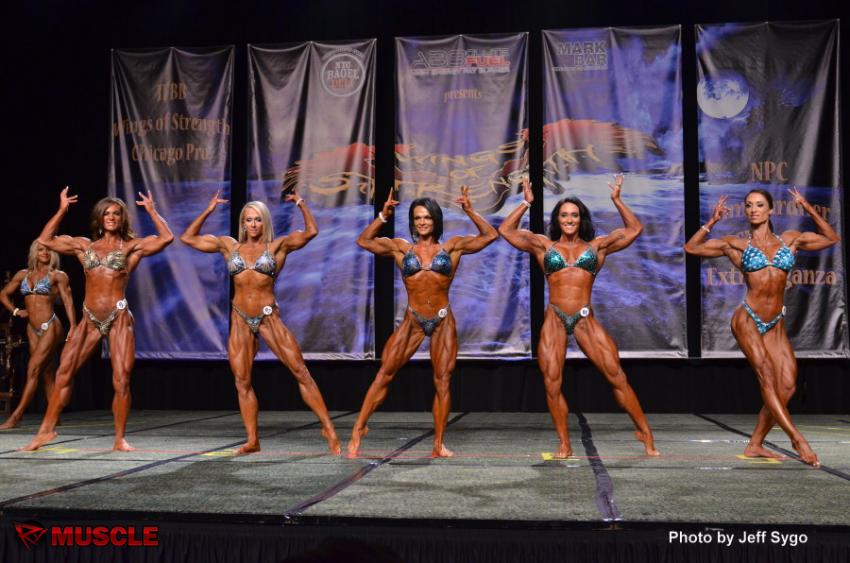 em for all time what a WPD champion should look like.

Some have long suggested that Malacarne, the original poster child for the "ideal Physique physique," is a foregone conclusion for the title, but from what I hear, it may not be so forgone. She's got a killer shape and full, beautiful muscles, but did she and Karina Nascimento move the conditioning bar a little too high at the New York Pro? Can someone else who has the shape and style, along with just enough muscle and just enough conditioning, come to grab the judges' attention? It's a definite possibility.

Next time some comments from top contenders for the WPD Olympia Showdown.

Kim Chizevsky earned her third Olympia title in Prague in 1998.

Tycie Coppett won the Greater Gulf States WPD with a physique that was definitely "Figure with a push."