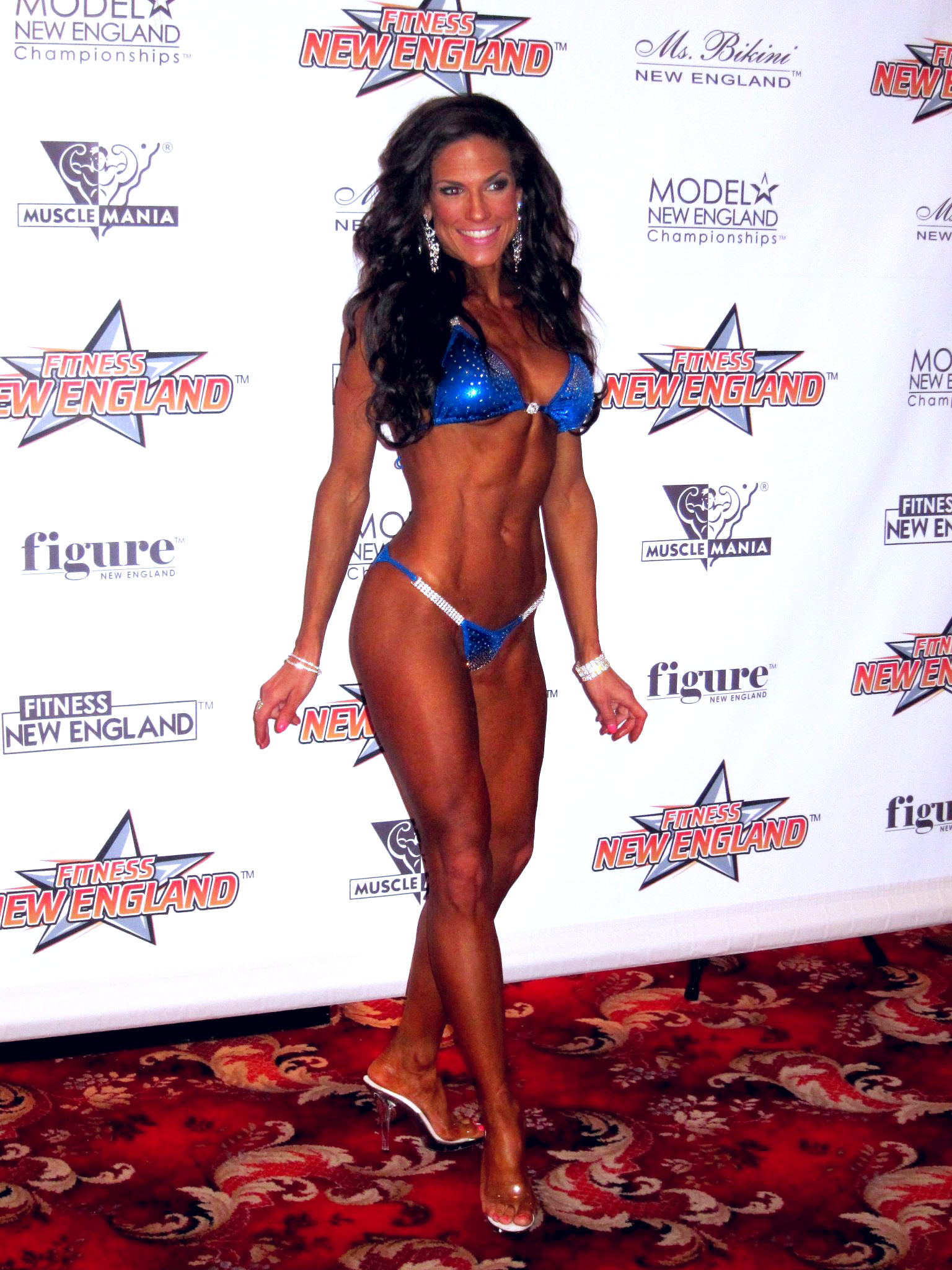 If you could change into a superhero for a day who would you be and why?
Wonder Woman, she’s strong, powerful, sexy and feminine – all at the same time. I did a little research on her to see if I really could relate to her. Discovered Wonder Woman was charged with the mission of bringing peace to the outside world. The Gods then blessed and granted her unique powers and abilities – beauty from Aphrodite, strength from Demeter, wisdom from Athena, speed and flight from Hermes, Eyes of the Hunter and unity with beasts from Artemis and sisterhood with fire and the ability to discern the truth from Hestia. So in other words…. she’s a badass!

What made you begin dedicating your lifestyle to this sport?
I always wanted the body of a competitor but honestly never thought it was physically possible. I was made to believe that there was just no way my thick Cuban thighs and big butt could ever be transformed into hot quads and a muscle bootay. Thankfully all it took was two people to say “You can totally compete! You’re just 3 months away from being stage ready.” And just like that… li 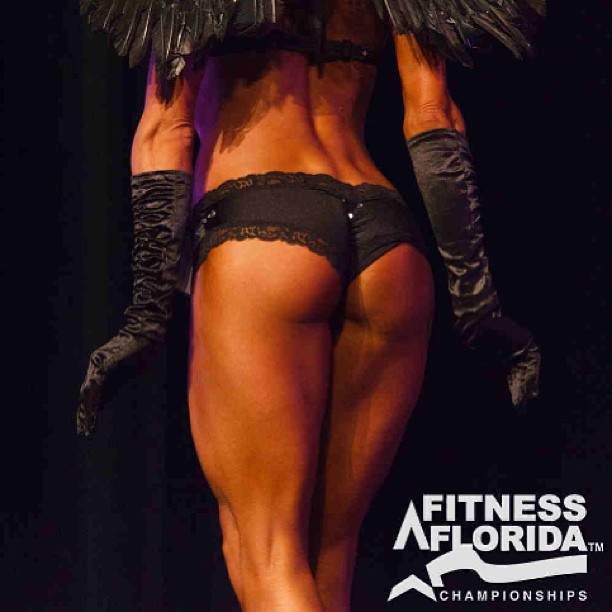 ke a switch… I believed in myself and it was game on. My life has never been the same since. I found my trainer, the one and only Kali O’Mard. I trusted him, he trusted me, and we’ve been an unstoppable team since.

What approach do you take to dieting...carb cycle..keto?
I typically don’t use the word “diet” since proper nutrition really is a lifestyle and not a quick fix. During the season I stay on a clean low-carb / high protein nutrition plan. Most of my carbs come from veggies or nuts or Quest protein bars (which I consider a treat. I try my best to stay away from processed food.) Right before a competition I eat less chicken and beef, and switch over to more fish. My favorite part of the entire process is carb-loading right before a show. After my first couple of competitions I learned that carbing-up is really necessary in order to not come in flat the day of the show. Off-season I bump up my carbs slightly in order to grow. (And by carbs I mean “good carbs” like oatmeal, sweet potato, quinoa, unsalted rice cakes, plain Greek yogurt, etc.)

Many people ask if I have a cheat meal or cheat day- my answer is No. Instead I have about one thing each day that I consider a “treat.” That could be an extra protein bar, more nuts, or almond butter. However, since we’re not dogs, we really shouldn’t be rewarded with food. That said, Alcohol (in moderation) is really my only “cheat.” I found it necessary in order to still maintain some sort of a social life. But I try to keep that to a minimum—typically once a week.

What do you think is the biggest misconception people have about competing?
That you have to be huge to be a body builder. When I tell most people I’m a bodybuilder… they look at me with a funny face… and I immediately feel the need to go on and say ”the least muscular / more feminine categories.” Already assuming they think that bodybuilding can’t be a feminine sport. The next big assumption is that we all use steroids, or that we are all brainless “meatheads.” 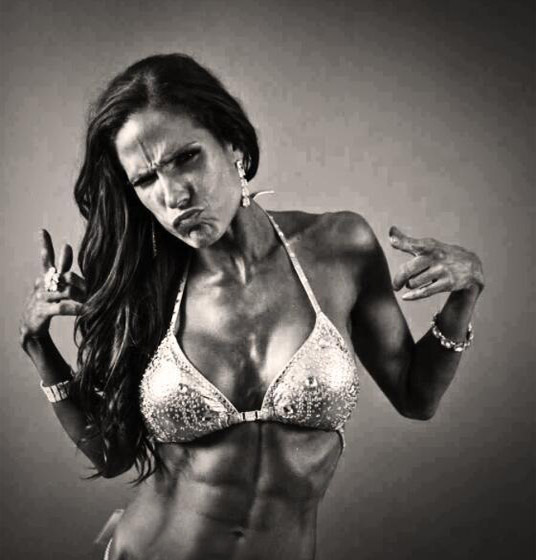 What is your most embarrassing childhood memory?
I remember one day in school, in the 2nd grade, my teacher unexpectedly gave the class an exam. I wasn’t prepared and I was petrified. My eyes filled with tears and there was no way of hiding it. I started crying. The thought of doing poorly on anything completely and utterly terrified me. Thinking back on this now, I realize how much of an over achiever I was- even back then. Failure was never an option. In fact only absolute excellence was. Even now, I rather be over-prepared, rather than doubting whether or not I prepared enough.

What is the biggest lesson you have learned about YOURSELF during your contest prep?
I learned that competing took the place of what college was for me. I’m an extremely goal oriented person. That’s how I ended up with 5 degrees (3 masters degrees and 2 bachelor degrees). “Done with one accomplishment— on to the next.” I did this as many times as I possibly could until I came to terms that I had become a professional student. I decided I needed to focus on my career and earn money rather than spending money on more education. But I quickly found that a job didn’t quench my desire and need for a continuous personal challenge. Once I started competing, I learned that contest prep is all about creating a “better you”. Your real competition is yourself. Always wanting to bring to the stage a better package than the last. Contest prep is easy for me. There is a plan; I stick to it; I trust the guidance of my coach and trainer; and I succeed. It’s that simple. But after my first competition, I was left… with “a now what?” feeling. Without a plan. Feeling like I was floating, and a bit lost. In this process I learned that once I have a plan for the next show, or next season--- I immediately get re-focused and have complete peace of mind. Having a date in mind, and something to strive towards, keeps me dedicated and sane.

Who do you look up and admire and why?
My Father and Mother. I like to say that I aspire to have my father’s tenacity and my mother’s heart. The two of them together are the complete package and everything I could ever want to be. Both exiles from Cuba, they came to the US with nothing, yet succeeded against all odds, and provided a beautiful life for our family. I owe EVERYTHING to them both. The person I have become today is a product of their amazing parenting, their hard work, and their love. 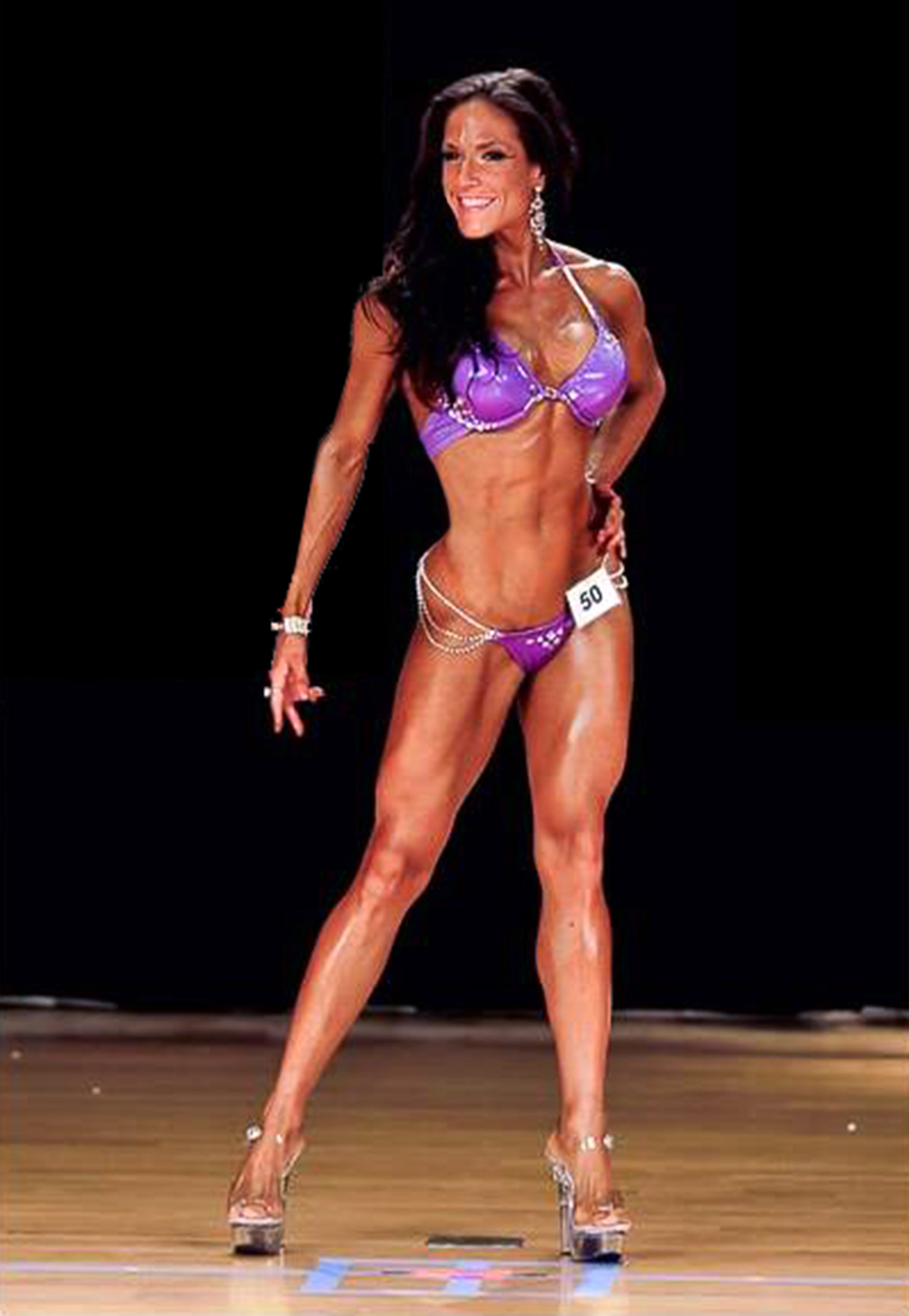 Favorite Motivational Quote:
• “One day your life will flash before your eyes. Make sure it's worth watching." – Gerard Way
• “If you can dream it, you can do it.” – Walt Disney
• "The most common way people give up their power is by thinking they don't have any." - Alice Walker
• “Do not follow where the path may lead. Go instead where there is no path and leave a trail.” – Ralph Waldo Emerson
• "Don't be afraid your life will end; be afraid that it will never begin." - Grace Hansen 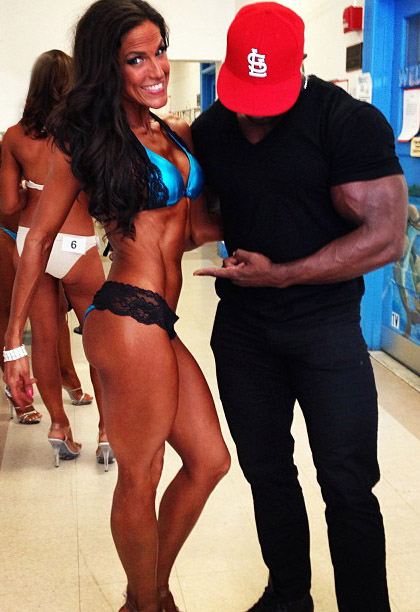 ou like to thank?
My trainer Kali O’Mard, who has been with me from the start. I truly could not have done ANY of this without him. He took me on as a client after I told him my goals. He believed in me and truly transformed not only my body -- but my mind.
My family. Truly if they didn’t back me up on this—it would have been nearly impossible to do. Knowing my big sister and nieces are in my corner makes all difference.

My amazing friends & co-workers - who respect my decision to take this on and support me in any way they can. Yeah, they complain when I open a tupperware full of broccoli or tilapia and stink up the entire office… but I know they admire my dedication - and that’s all that really matters.

And last but not least, my ex-boyfriend, who until now was at every single show, supporting me back stage, and was there for me thru every contest prep, never once making me feel bad about any of my crazy nutrition plans, or sacrifices.
I have been blessed to be surrounded by this amazing support network. I only believed in myself – because they believed in me. And now, knowing that I inspire others, totally inspires me!