Deca Durabolin has a long history of use in the athletic community and remains, to this day, to be one of the most popular steroids in the sport's world. The popularity it enjoys stems from the fact that it has a very high 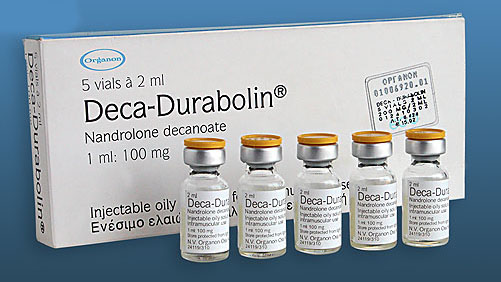 anabolic activity and produces significant mass increases with relatively few side effects. It also produces less water retention, has less effect on blood pressure and is far less toxic to the liver and kidneys than most of its mass-building buddies.

Another interesting quality of Deca is that is helps alleviate the pain of sore joints.  Some speculate that it exerts this effect by occupying the same anti-inflammatory receptors that cortisol does.  In doing so, it displaces the more catabolic cortisol and replaces it with an anabolic analogue that has similar anti-inflammatory properties.  While this sounds like a miracle for athletes with connective tissue problems and moderate to severe joint pain, there's some data to suggest that it might also be the root of some chronic degenerative changes that occur in the joint later in life.

Of course it would be misleading to present Deca Durabolin as a drug completely devoid of side effects. When dosages go beyond 400-600mg/week sensitive individuals may see an increase in blood pressure, prolonged bleeding time of cuts, increased oil production by the sebaceous gland (leading to acne breakouts), increased hostility, increased sex drive and a fall in sperm production. If blood pressure increases too much, headaches can become more frequent. Oh, and of course we can't overlook the fact that long-term use of this drug by male athletes can lead to impotence (which is the exact opposite of the increased sex drive experienced when dosages are kept within limits and for acceptable durations of time).  The dreaded "Deca Dick" (as it has become widely known) doesn't seem to affect users that are combining 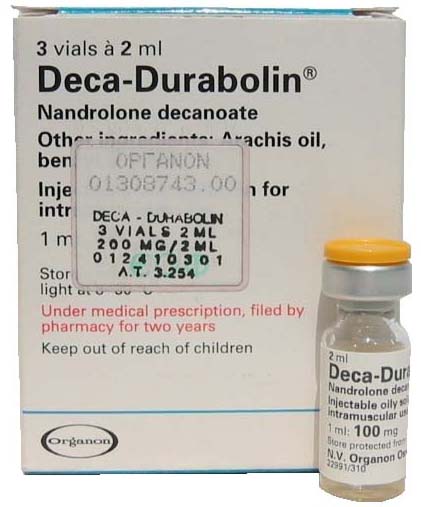 Deca with another more androgenic compound such as testosterone, trenbolone, or dianabol.

As for the female user, women can usually get away with a dose of up to 50mg/week without any major problems. However, virilization (masculinizing side effects) is always a concern when women use any anabolic hormone.  While each individual user has differing sensitivities and side effects , common problems include deepening of the voice, increased body and facial hair, increased acne breakouts, and clitoral hypertrophy .

As with all steroids, diet is very important for effectiveness to be maximized. Protein intake should be high, as should overall calorie intake if significant mass gains are to be experienced.

Deca Durabolin is commonly used in the range of 200 - 600 mg/week. Injecting more than 600mg/week is not advised.  Despite this fact, there are many reports of bodybuilders taking as much as 1000mg/ week.  In the case of Deca Durabolin, more is not necessarily better.

Most male athletes experience good results with dosages as low as 400mg/week. If large gains in muscle mass are the primary goal then stacking Deca with drugs such as Dianabol and Testosterone is not uncommon.

For female athletes 25-50mg/week is the commonly used dose and this is often combined with Winstrol, Anavar, or Primobolan tablets.  Dosages over 100mg are not advised.

In conclusion, Deca Durabolin is often used where problems with testosterone use have been encountered. It is less prone to aromatization and is deemed to produce an overall sense of well being.  One final warning; for those intending to participate in sports that drug-test their athletes, it's important to understand that Deca metabolites can last in the body for up to 18 months (and possibly longer depending on bodyfat levels during use) which can easily result in a failed drug  test for upwards of a year and a half after the final injection