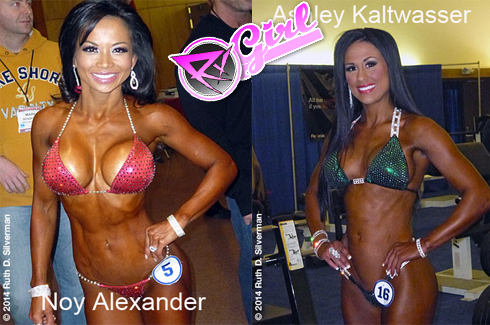 And in case you think those words are mutually exclusive—“thoughts” and “bikini”—think again. With six pro shows in the books for the month of March alone, there’s plenty to report.

Bikini has a lot in common with the late, great comedian Rodney Dangerfield, who f 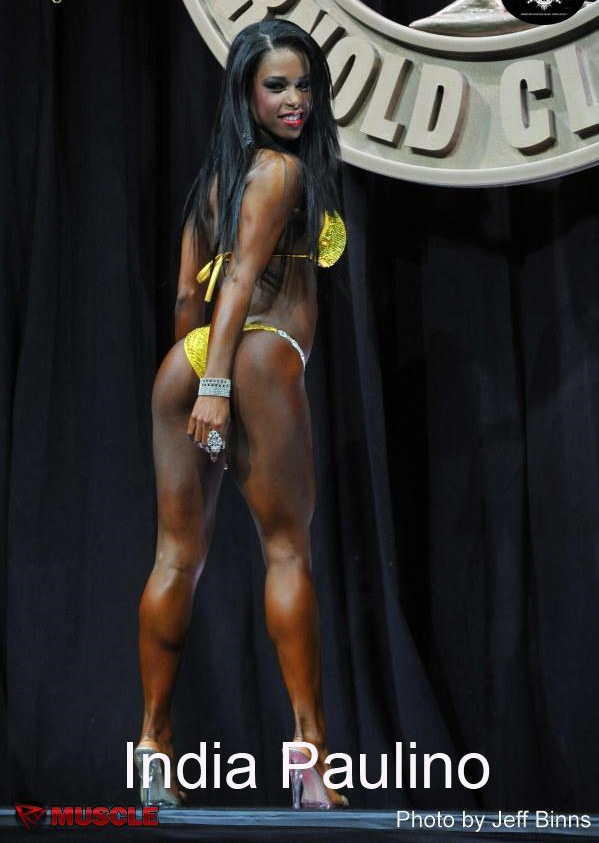 amously complained, “I don't get no respect.” It may have something do with the poses the women do onstage, especially when they turn to the rear and “walk it back, ladies.” Legs astride, legs closed, legs crossed—it's a lot of booty flashing before your eyes, especially at the huge national shows.

Now, this has been trigger for humor ever since Wayne DeMilia introduced a pre-fitness bikini-type contest as entertainment at the Night of Champions one year in the early-mid ’90s and riled some feminists by having the gals do “half-turns to the rear.” Of course, the point (and I say this as the editor of a weight-training magazine) is how hard you have to work in the gym to get a booty like that, not to mention the sculpted sexy arms and curvaceous legs. Sometimes, however, that gets lost in all the sizzle and sass happening onstage.

In order to be successful in bikini, you have to take it seriously. So I was totally enchanted when I wandered into the Bikini International dressing room on Saturday night at the Arnold Classic to find a dance party in session, with some of the world's top bikini babes demonstrating a healthy disrespect for their most talked-about poses. After snapping some shots that won't see the light of day (and the accompanying one that will), I got a dance lesson from the ladies. It was good to see them so light-hearted before the finals—also to see that they have a serious sense of humor about the showy part of their sport.

Thoughts on Who's Winning and Why 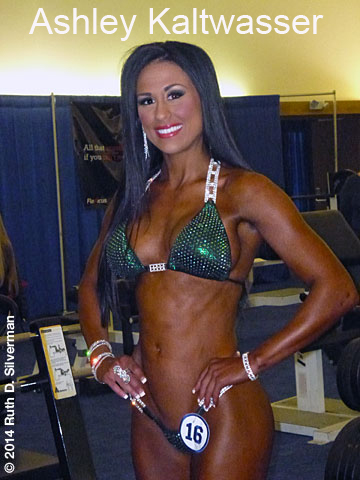 as the next commentator for occasionally shrugging off a decision I don't understand with a knowing, “Oh, well, it's bikini.” (It's also a great noncommittal answer when you need one.) After the Arnold on March 1—where Ashley Kaltwasser, Yeshira Robles and Amanda Latona took the top three—the action headed to Australia and New Zealand for the next two weekends. Ashley made it three for three, winning both of those shows handily, with Stacey Alexander and India Paulino, fifth and sixth, respectively, at the Arnold, moving up to second and third at both.

In case you missed it, the judges really like Ashley, and her win at the Olympia last year, where favorites Nathalia Melo and India Paulino were relegated to fourth and fifth, was no fluke. Not everybody gets it (oh, well, it's bikini), but I think I do. They like her shape. They like her longish torso with her tiny waist and shapely legs proportioned to match. Also, they like her glutes and the fact that she is nicely conditioned all over without being “hard.”

So, basically, Ashley is in style. Will it last through to the Olympia? With dozens of new pros and dozens of pro shows coming into the picture before then, I can't predict that now.

I can't help wondering about the sudden boom in pro masters bikini competitions. A couple of years ago I had to talk a gal out of switching organizations after a promoter told her she was “too old for bikini”; so I was astonished to note that same promoter getting on board with the latest trend. We've had two contests so far this year, and based on the response—one competitor at the Southern California show a few weeks ago and four in Florida last weekend—you have to wonder if maybe we just shouldn't. 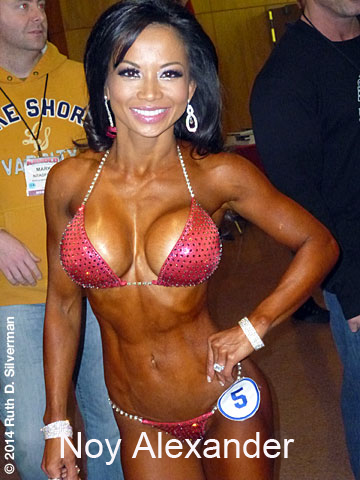 eams and passing on her chance to shine, but bikini, unlike the other women's physique sports, really does call for youth and freshness—or at least the appearance of same. Amateur competition is another story—by all means bust your butt in the gym and knock yourself out onstage—but if you want to be in a pro bikini competition, you've got to be able to hang with the 20-somethings in the sass and freshness departments.

If 40 is indeed the new 20, that shouldn't be too hard for those who make it to the pros. For example, Noy Alexander, who won a masters show last year, recently qualified for the ’14 Bikini Olympia with a victory in an open pro show while passing up the chance to compete at the masters event that was held concurrently.

On the other hand, maybe I'm being too hasty. Women who are in great shape don't mind telling you how old they are. With several more pro masters bikini battles scheduled for 2014, there's obviously sponsorship interest for prize money. In the past masters bikini has gotten a bigger response, so perhaps it's too soon to tell. For now, I'm just asking the question.

Thoughts on Who to Keep Your Eye On

Without a doubt it's Janet Layug, who in 2013 made a quick climb to the NPC Nationals, where she won the overall. From an eighth-place finish in her pro debut at the Bikini International, she shot to first at the Battle on the Beach in Daytona Beach, Florida, on March 28, and she's not done yet for the season. The 25-year-old registered nurse—and Hooters Swimsuit Pageant standout—from Lakeland, Florida, comes by her onstage style

Thoughts on Whether India Paulino Should Change Her Suit Color

You know you need to do something when people are talking about the color of your bikini, and the 5’2” Florida police officer with the distinctively kicky runway style has got to be wondering what that is. After winning the International in 2013, she has seemingly fallen from grace, but maybe it’s just the nature of bikini that the judges will always be looking for something new and different. If India can find a hue that looks as spectacular as her patented electric yellow-gold, I say go for it, but don’t make too many changes, except what it takes to bring a better body to the stage. You don’t want to lose what they loved about you in the first place.

Figure seems to be a different story from bikini. A show in Sacramento drew 28 competitors to the open pro contest, and 21 of them also did the masters. There are several more masters pro figure events on the schedule, and they should attract plenty of athletes as well.

One trend of which I heartily approve: The figure shows will be for women 40 and over, not 35. The latter has long bugged me, as 35 is hardly the over-the-hill mark for women these days. The comments above regarding bikini apply as well (well, the ones about 40 being the new 20). Kudos to those who have figured that out.