If you are not familiar with Westside Barbell or the revolutionary training techniques pioneered by the club's founder Louie Simmons, here is a quick primer: 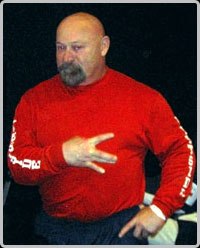 Westside Barbell is named after a famous (perhaps the first) powerlifting gym in Culver City, California during the sixties, which was when the sport was first being solidified from what was often called the "Odd Lifts." While Olympic lifting was the popular iron sport of the time, powerlifting utilized "slow lifts" that were popularly practiced in the gym. Over time, this evolved into the three core lifts of the squat, bench press and deadlift.

The Westside Barbell garage gym exploits starring Bill "Peanuts" West and George Frenn captured the attention of the strength world through a series of articles in Joe Weider's Muscle Builder/Power magazine. One of these avid readers was a young Army veteran from Columbus, Ohio named Louie Simmons.

Simmons took West and Frenn's training theories (such as Box Squats) and mixed them with his interpretations of cutting-edge Russian and Eastern Bloc concepts. Chief among these is the concept of conjugate training.  While other strength coaches were using outdated models of periodization, in which athletes focus on specific training adaptations for a set time period before moving on to a different type of adaptation, Louie found fault in this approach. He observed that, when switching from one training phase to the next, lifters lost a significant amount of their results from previous phases. Conjugate training, in which multiple training styles are included in the training week, did not suffer from this flaw. 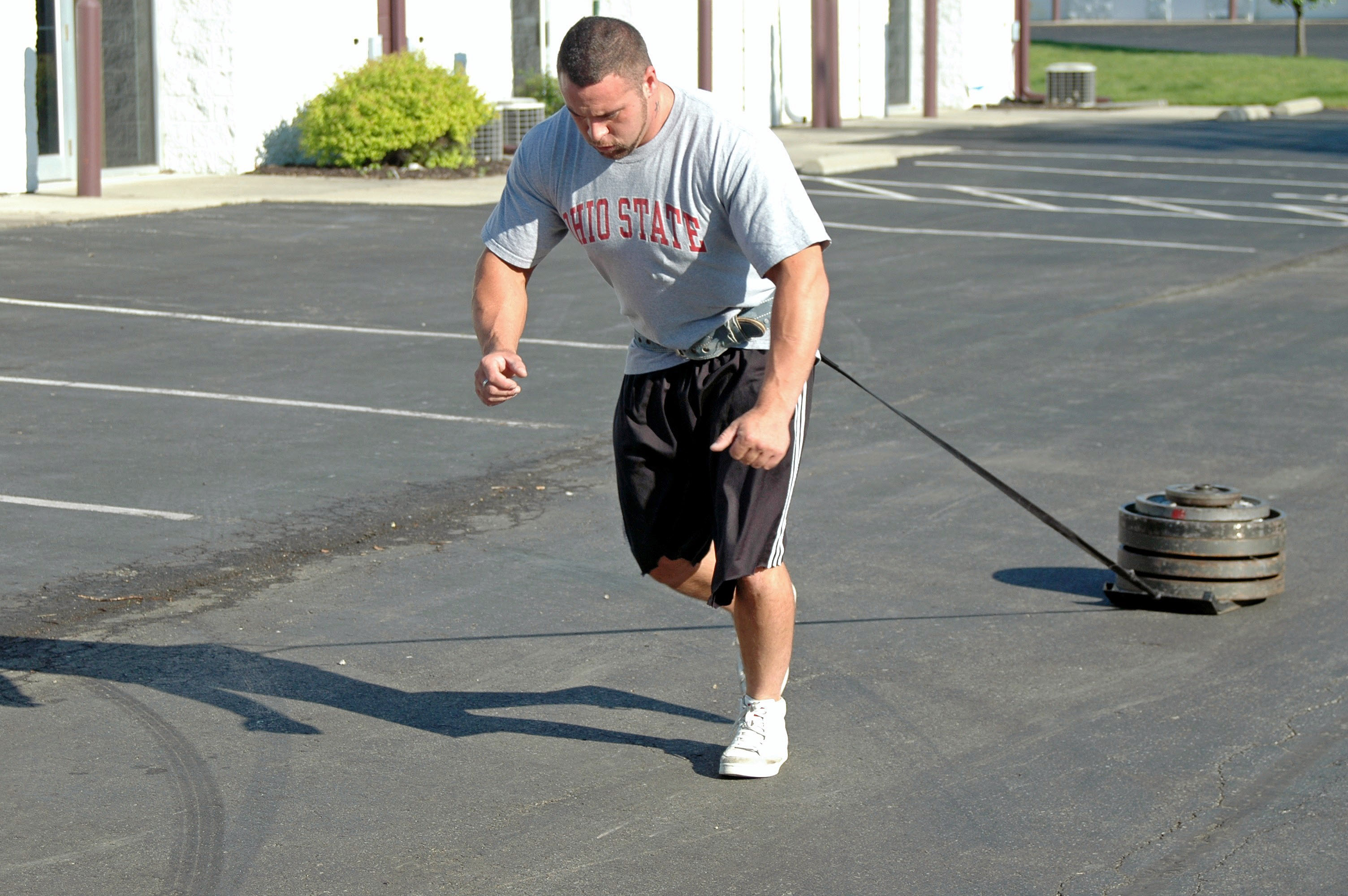 To this effect, Westside lifters split their training between maximal effort, dynamic effort and repeat effort sets. Maximal effort sets involve the performance of heavy low-rep (one to three) sets to get the athlete used to contracting under high tension. Simmons found, however, that too much heavy low-rep work was detrimental to the development of speed (a necessary component of strength) since it's impossible to move a weight close to your one-rep max quickly. To train the nervous system for the development of explosiveness, Simmons includes dynamic effort sets. Dynamic effort sets involve loading the bar to 45-60% of the lifter's one-rep max and applying maximal force to it (bar speed is the top consideration here). Finally, repeat effort sets are higher (six or more) rep sets to develop muscle size and strength on accessory exercises. Their choice of accessory exercises is vast and similar to what bodybuilders do (often involving exercises like seated dumbbell presses, bent rows or triceps work to strengthen assistance muscles).

The Westside training template is based on four main workouts a week; two focusing primarily on the upper 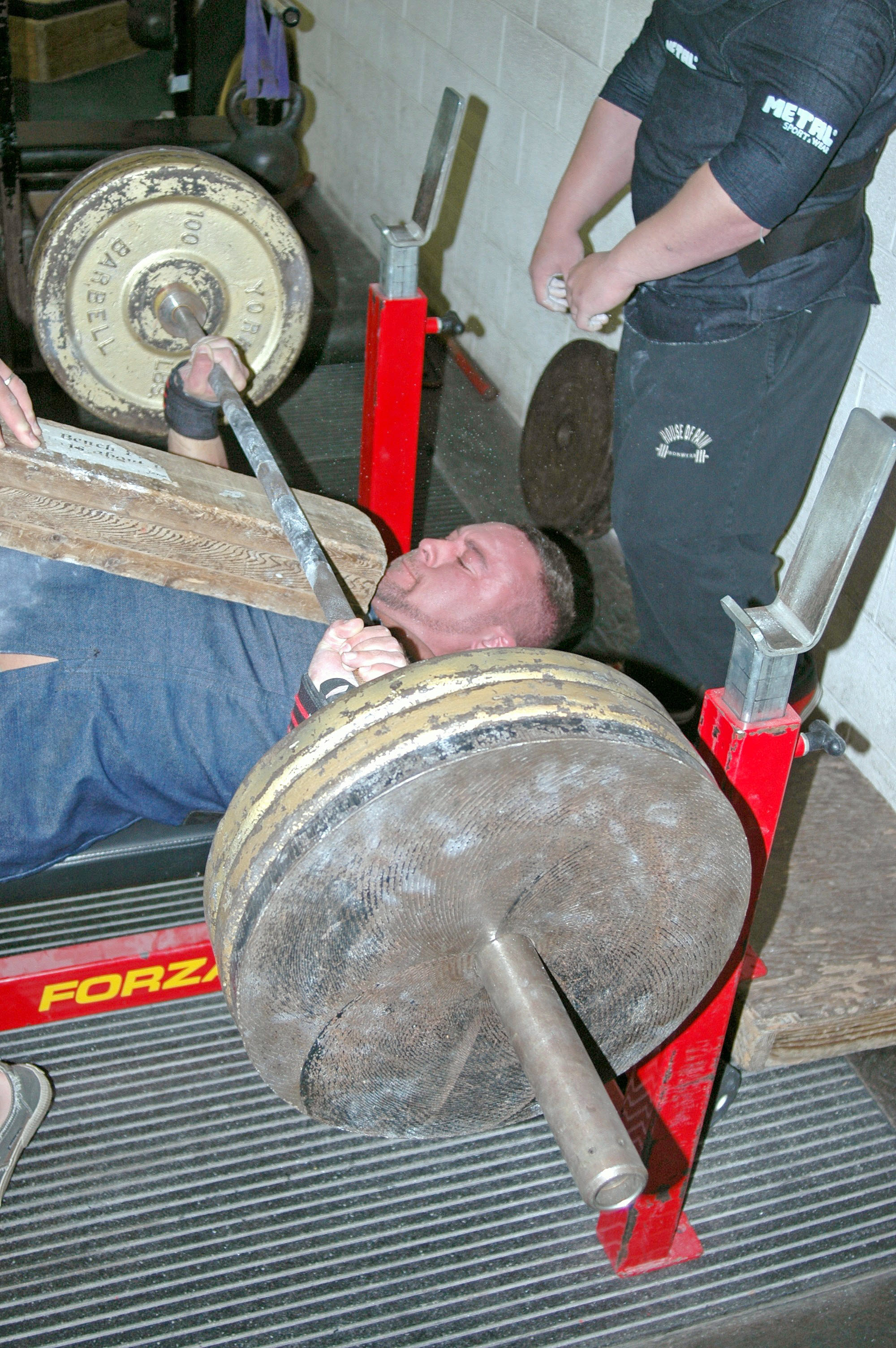 body muscles important in bench pressing and two on the muscles used to squat and deadlift. One of each of these is devoted to max effort while the other (three days later) is a dynamic effort (or speed) day.

Additional workouts are included to improve general physical preparedness (GPP). GPP can also be called conditioning. Rather than looking at overtraining as a limiting factor, at Westside considerable effort is directed towards increasing the athlete's level of conditioning so that they can tolerate more volume and intensity. These workouts can include the pulling of a weighted sled (at various loads and for various distances), reverse hyperextensions (on a machine patented by Simmons) or higher rep sets to flush blood into weak or sore muscle groups (such as 25-rep triceps pushdowns).

Another key innovation in the Westside Method is the use of bands and chains and is referred to as accommodating resistance. While most of us are limited by the constancy on gravity (405-pounds at the bottom of the squat and the same 405-pounds at the top), Simmons saw that as something that could be improved upon.

The use of heavy chains is one of the methods used for accommodating resistance. For example, the natural strength curve in the bench press makes the lockout feel lighter that the lower half (and particularly the 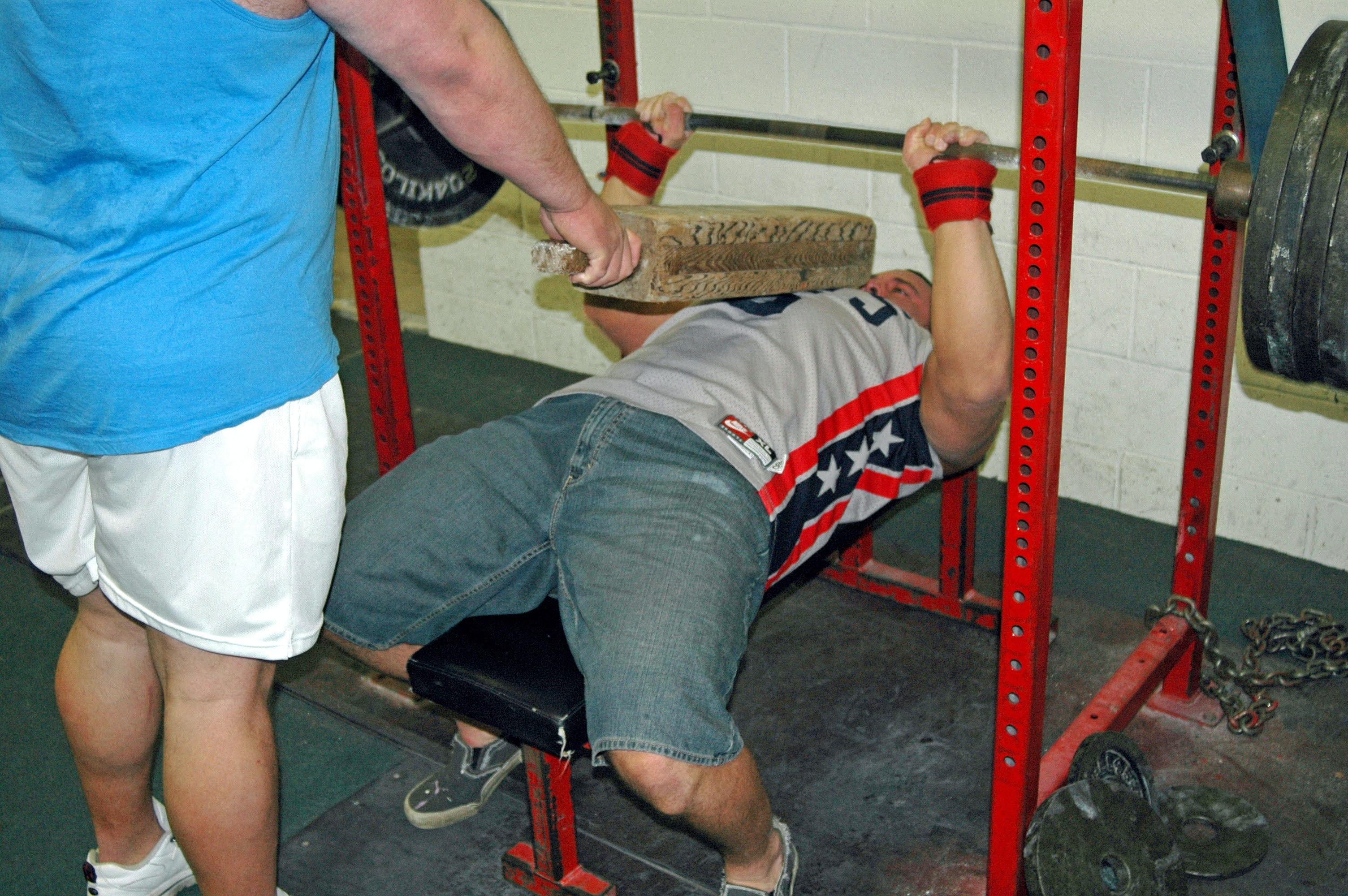 "sticking point" a few inches off the chest). By adding one or more 1/2- or 5/8-inch link chain to the bar, the starting weight gradually increases as each link is lifted off the ground, adding anywhere from 12 to 200-pounds of added weight at the top of the range-of-motion, depending on your one-rep max.

The second tool for accommodating resistance (and the innovation that made the biggest quantum jump in WSB lifter's totals) is the use of resistance bands. These are not to be confused with those flimsy tubing strips used in rehab. The Jump Stretch bands used at Westside can provide up to 200-pounds of resistance each.

Obviously, the range-of motion affects resistance as a taller squatter or longer-armed bencher will feel greater tension with an identical plate/band set up than someone that's not stretching the bands as far in their range-of-motion.

Bands provide additional benefits that chains lack. We traditionally decelerate at the top of the lift (such as locking out a squat), losing considerable force. With bands, we learn to drive maximal force at the end, to overcome the increasing compressive force of the elastic. Westside's top lifter, Greg Panora does his deadlifts with 600 pounds in plates and 200 pounds of band tension (at the top) and squats with 710 pounds in plates and 500 pounds on band tension. Accommodating resistance has further pushed the training at Westside and the word records keep stacking up. 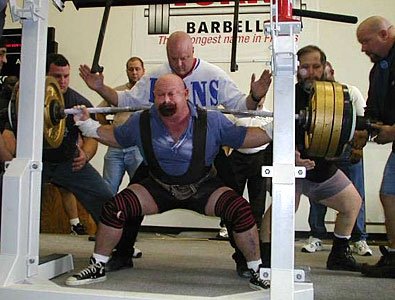 "Every powerlifting gym in the world uses something that Louie has created," Greg says. "Louie IS powerlifting and anyone that says different is an absolute idiot. Louie has done everything for the sport. He has given more money and more time and more knowledge to the sport than any ten other people."

Once you get past the Westside Method of training (which Louie Simmons freely shares with lifters of all other powerlifting teams and coaches of all strength sports), you learn that the real secret of Westside Barbell's success is the passion of the lifters and the competitive drive that allows them to push themselves and one another to be champions. Everyone that has cradled a barbell across their traps owes a huge debt to Louie Simmons and Westside Barbell.