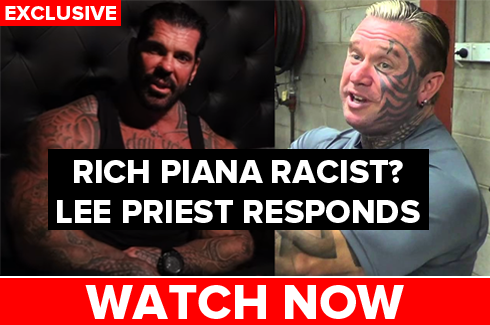 The outspoken Lee Priest joins RXMuscle to offer his take on the Rich Piana controversy.

The reaction is in regard to a video that leaked over the weekend of an irate Piana spewing the 'N' word in a heated phone conversation. Piana would immediately post a video explaining that the video was from a decade ago, was in a heated moment, and that he is in no way racist - but did condemn the usage of that word.