Ninety Three Pounds! ….That’s what I weighed the first time I stepped foot in a gym some 13 years ago. Thinking back about how bad I wanted to achieve a legendary build like, Zane, Arnold, and Franco. How bad did I dream constantly of gracing the covers like O’hearn and Bartram.

It wasn’t until this last week on my annual hunting trip with my father and family did I get a chance to step back, to recharge the battery. Away from the Fbs’ ,Tweets, Ipods, emails and phone calls spending hours alone, motionless in the woods gave me the peace and time to reflect upon the last decade or so, especially this insane last year, full of ups and downs, wins and losses, friendships built and relationships unfortunately lost along the way….

YES  I AM writing this blog to INSPIRE! I’m not looking for a pity party or anything of the sort. I will along the way mention a few things I had to overcome to get to where I am today. See I don’t know about you guys out there but when I am extremely hard on myself, no matter what the case. When I look in the mirror all I see are flaws, sometimes I still see that skinny 15 year old frustrated kid when staring back at me. Until this week I never really thought about how I have beat the odds time and time again.  I actually got very emotional when I thought of all the sacrifices and heartache along the way. Thinking back to standing on that national stage in S.C at the Jr. USA’s, taking the overall and earning my Pro card with such tough great competition. But, what really gets my heart are all the amazing people around me who have helped me get to where I am.

When I first moved to AZ from Ohio I was the new kid in town, basically what this means is the girls thought I was cute and the guys pounded my face in. I ended up being sucker punched on 3 separate occasions. Let’s just say I don’t like to get tapped on the back anymore. I received death threats verbally at school at the worst times, and damn if I wasn’t at Fletcher Tire’s monthly with all the flat tires I was receiving.  These things at the time seemed bad, funny by my senior year I was training some of these guys for Football. That’s what happens until you’re pushed until you meet the problem head on.  For me in this case it was calling out the toughest guy. I had reached the brink, you know the ..”that’s all you got”? Ya know the point of no return….to me that was me not being fearless, but actually feeling fearless, and that feeling was freedom! Once I felt that feeling at that age my dreams got big..really big! Years later I realize what a blessing all of this has been. It made me into the man I am today. The man my father raised me to be.

When I competed as a Middle weight 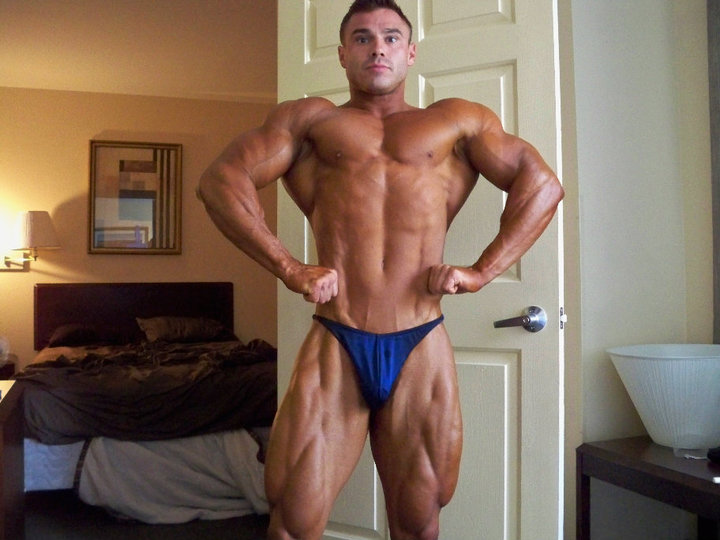 Body builder at the USA’s It was at a very rough time in my life. At 16 weeks out I lost my girl, my place to live, all my years of hard work seemed like they may slip away having a hard time being able to stomach food, or be able to afford my crazy diet. I blew through $250 every 5-6 days for food. But my family came to my aid, my middle sister was sending me gift cards to Cosco weekly. An amazing gracious client of mine let me move in her house, I even had a training partner who put off taking a job for 5 months so he could train me every day. You see I come from humble beginnings, I was never handed anything.  Wasn’t but 5 years back I was living in a trailer park in Northern, AZ.  The “Lost Dutchman” lol that was the name of my 30 ft travel trailer. I didn’t have heat in it so I would sleep fully clothed, boots, beanie and all. And since I didn’t have heat my water lines would freeze so I would shower at the gym I worked at. I didn’t want to spend money or take the time preparing food, so I ate 4-6 cans of tuna, everyday…for a few years.( Do Not try that) lol. ( Tuna is a bachelors best friend. No cooking and no cleaning lol)

A few years before this I was nearly killed in a high speed rollover accident. You know the classic 75 mph no seat belt rollover. I broke my hip/femur, had head trauma, facial lacerations and my scalp was what I can only explain as what looked like a zipper made of flesh where my head caved 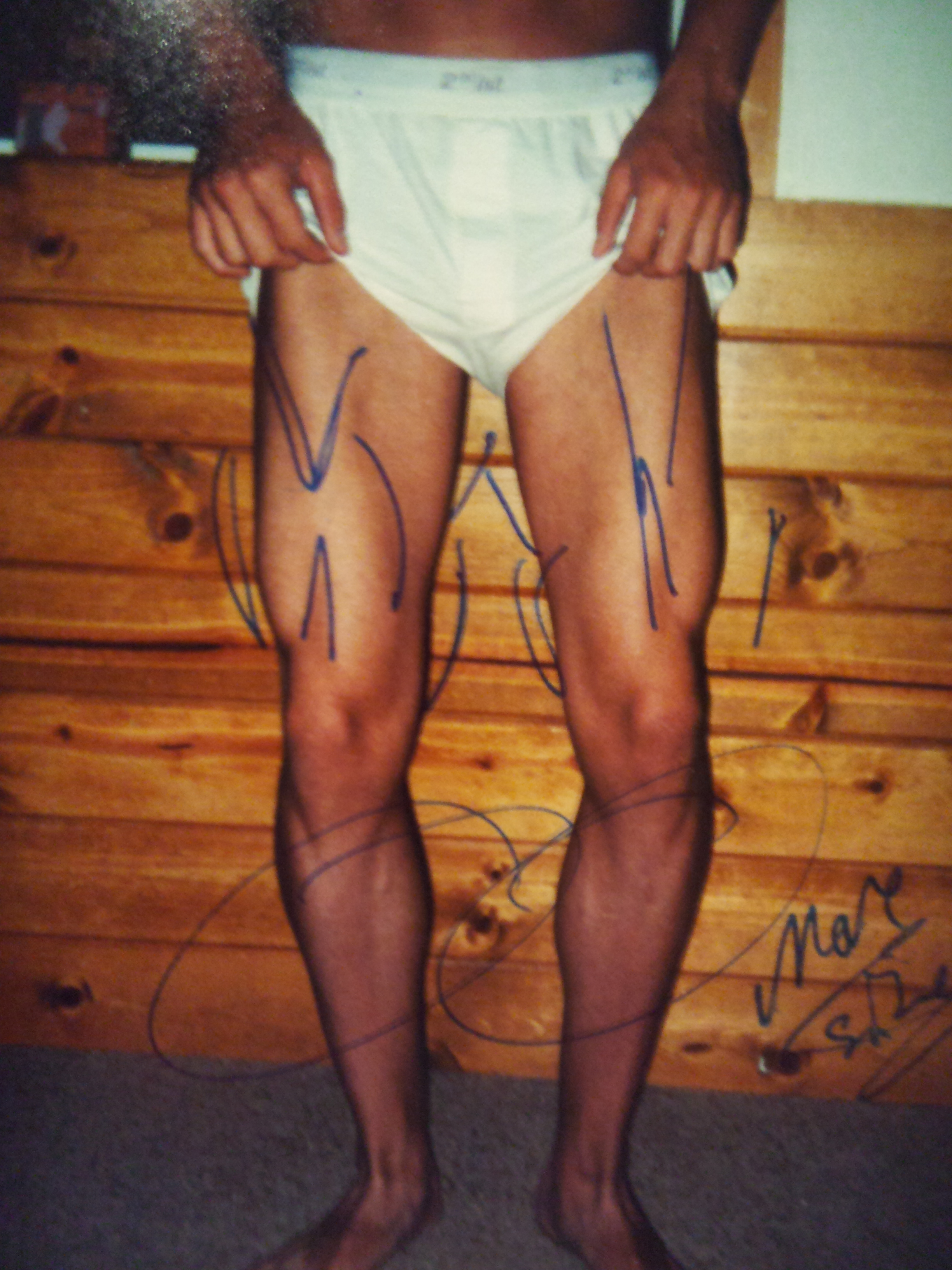 in the roof. Life-flighted and hospitalized I was finally released. I was bed ridden for 6 weeks or so. I was given a wheel chair and was able to return to the gym. Once again the closest people to me came to my rescue. Since I couldn’t walk, my every weight and exercise had to be monitored and racked. I was young, and angry, and full of rage and frustration inside. At the time, everyone would tell me how lucky I was to have even survived an accident like that with no seat belt. But being young and naive in life, I was just a volcano that just wanted to explode inside. No Legs for over a year! I went from a wheel chair to crutches, from crutches to a 2nd surgery to get my pins removed, than back to crutches briefly. After more time then I care to remember I was given the go to do legs!  And the journey for a strong set of wheels began! 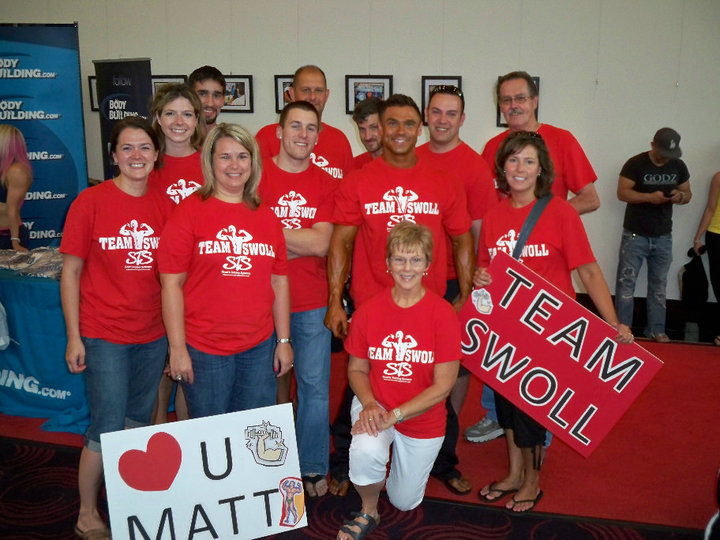 friends and family, clients and sometimes people I barely knew but where nice enough to take me in.  But I believed in myself. It was like early on I could envision what I would look like if I stuck with this and envisioned doing all this great amazing things! It wasn’t up until the last 2 years that one by one those things I had dreamed of for years starting to happen for real. Just like I had believed and thought they would years back.  I felt robbed at the first Men’s Physique show…For once I didn’t listen to what some people said, I just kept believing and doing. Two months later I was the

1st Men’s Physique Pro in history! Believe in yourself! No one can stop you…but you!  I have worked construction, landscaping, unloading trucks on a dock, jobs that paid nothing, and that had no future. All because it allowed me to hit double splits or get meals in. “Do what you gotta do until you can do what you wanna do” I sacrificed going out, making money and living the 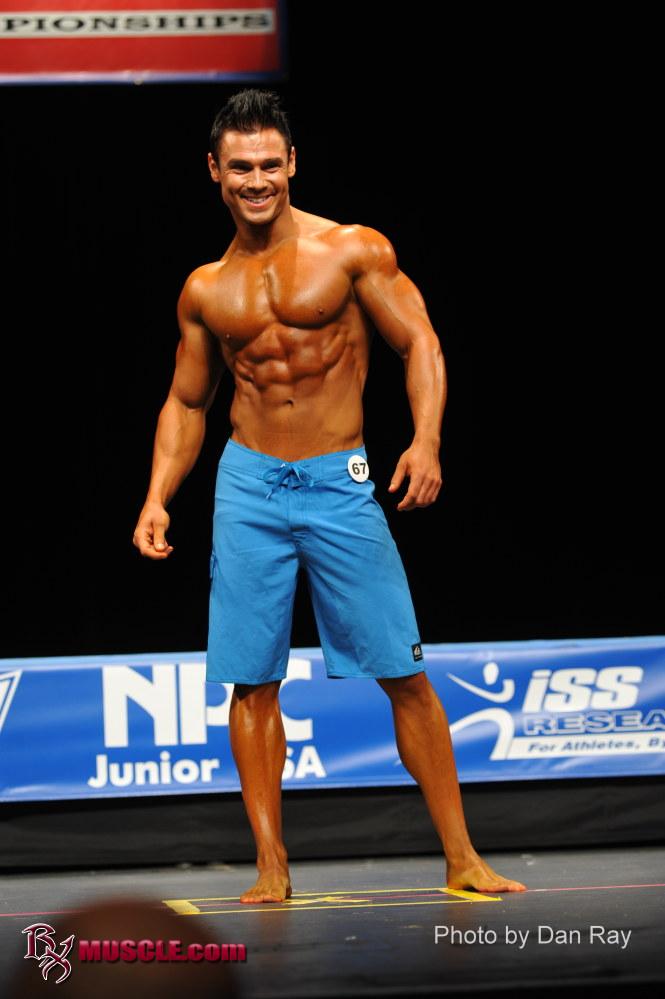 life of a normal teenager and young adult. Why you ask? To go after a DREAM! In the past 13 years I can honestly say I have never let anything get in my way! I always find a way! And if you believe in yourself, and you want it bad enough, and you’re willing to sacrifice everything…and I mean everything! You can do it! But remember life is a marathon, enjoy the journey. If you do make it to the top, pay it forward, because I guarantee whether you realize it or not, many have paid it forward for you all to be where you are today. I’m going to end this with something my father told me at one of the toughest times in my life. You know those times, when your down and hopeless, scared, beat up inside, confused, angry, frustrated, feeling like you got a dealt a bad hand. He sat me down and said. “Matt, either your fear will overcome your dream, or your dream will overcome your fear.” I have never and will never forget what that means to me. That’s what changed it all…just a few simple words from a very wise man…..