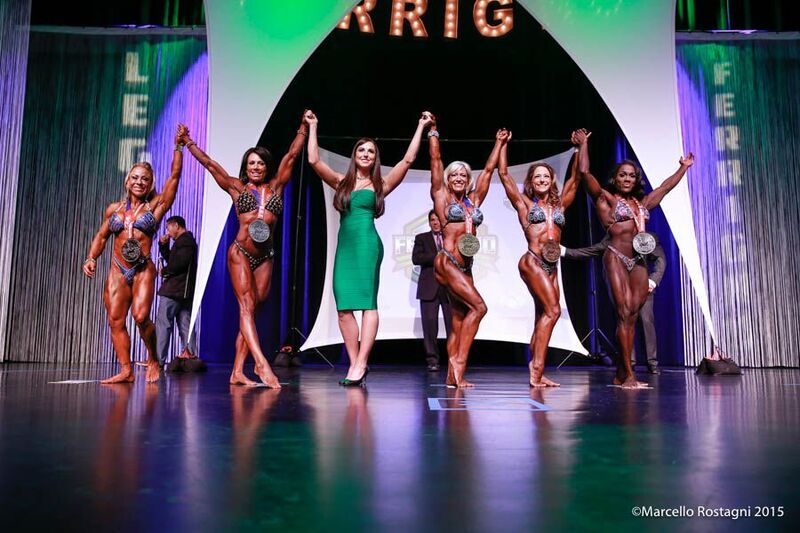 The Thrill of Victory...

The winner of the 2015 Ferrigno Legacy WPD was Erika Kikuchi.  Who, you ask? Who indeed.  It would be very doubtful that Erika Kikuchi was on anyone's watch list, let alone as a frontrunner to win this event.  Put simply she was a virtual unknown, which is understandable considering this was her pro debut with only one previous Physique division contest on her past contest resume.  And the past isn't that distant.  This year Kikuchi placed second in her class at the NPC USA to land her pro card in the Physique division.  And that's it as a WPD competitor.  Prior to this year Kikuchi, from Woodside, California, competed in the Figure division with competitions dating back to 2010. At the national level in 2013 and '14 her placings amounted to a pair of 12th-place finishes and a pair of 16th-place spots. She also placed 13th at the 2010 NPC USA, also in Figure.  In 2010 and '11 she did score three first-place Figure finishes at state and regional events.  Kikuchi's last Figure victory came at the 2013 NPC Nevada.  In winning this event, Kikuchi came away with $2,000 in prize money and a qualifying spot at the Physique Olympia.  Most interesting here was not that fact that she was an unknown, but that her victory goes down as the closest-ever pro Physique division contest ever. Her score of 8 matched runner-up placer Melissa Pearo....The Agony of Defeat

Under the best of circumstances it's tough to finish second.  Ask anyone who has.  Many of the finest athletes in the world - in a rainbow of events - have accepted silver medals, runner-up ribbons and other trinkets signifying the 'next best to the winner'.  Every serious competitor goes for the gold.  But in the heat of battle, when the race is ever so close, someone will inevitably lose out.  And so it was with Oklahoma's Melissa Pearo.  Melissa Pearo finished second.  But it wasn't just a close second, she tied for first on points.  Erika Kikuchi and Melissa Pearo scratched out 8 points each. Not only was this a competitor's worst nightmare, but it was no picnic for the judges either.  It had never happened before in the 69 previous pro Women's Physique Division contests.  With judges putting their collective heads together a final determination found Erika Kikuchi getting the victory nod.  For Melissa Pearo it was a gut punch.

Beginning as a Figure competitor in 2006, Pearo began a love affair with the competitions.  In 24 months she competed 14 times.  Many of the placements were forgettable but remaining stalwart in 2007 she also claimed victories at the NPC Ronnie Coleman, NPC Junior USA, and a big win at the NPC Junior Nationals that led her to qualification as an IFBB pro.  Following her pro Figure debut in 2007 at the Europa Supershow, along with several Figure shows that resulted in less-than-memorable placings, Pearo took six years away from the competitive scene that included a spinal fusion surgery. But when she returned in 2015, she was back to her stalwart self in a calendar year as a Physique competitor in five events.  The bonus in the five events ended the year with a runner-up finish at the Ultimate Warriors three weeks prior to this event.  The combination of the two strong finishes currently puts her in the lead position in the Olympia Qualification Point Series - coincidentally, with 8 points.  The notable finishes are no surprise.  At 5-5 and weighing 128 beautifully distributed pounds,  the muscle shapes she has added to her former Figure frame are prime to the criteria of the Physique division.  That, along with her carriage, countenance, pedigree and a stage presence also born in the Figure division will make her a major player in the 2016 contest season.  And she already has a headstart on what will undoubtedly be the most competitive season in the history of this division.  No matter.  Melissa Pearo will redouble her motivation and this striking bridesmaid will look to becoming the bride sometime in 2016.  Meantime, along with her 'style points', Pearo also accepted a check for a runner-up total of $1,500.

Baker's strong showings did vault her into last year's Physique Olympia, but she would no doubt trade all her runner-up placings for a clean victory to the 2016 Olympia.  For her third-place spot at the Ferrigno Legacy, the cash award came to $500 to go with 3 points in the Olympia Points Series race.  Bring on 2016! 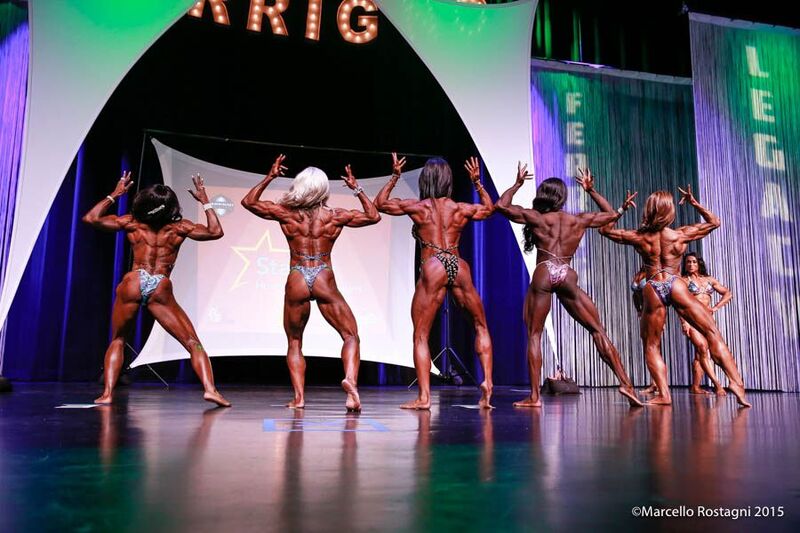 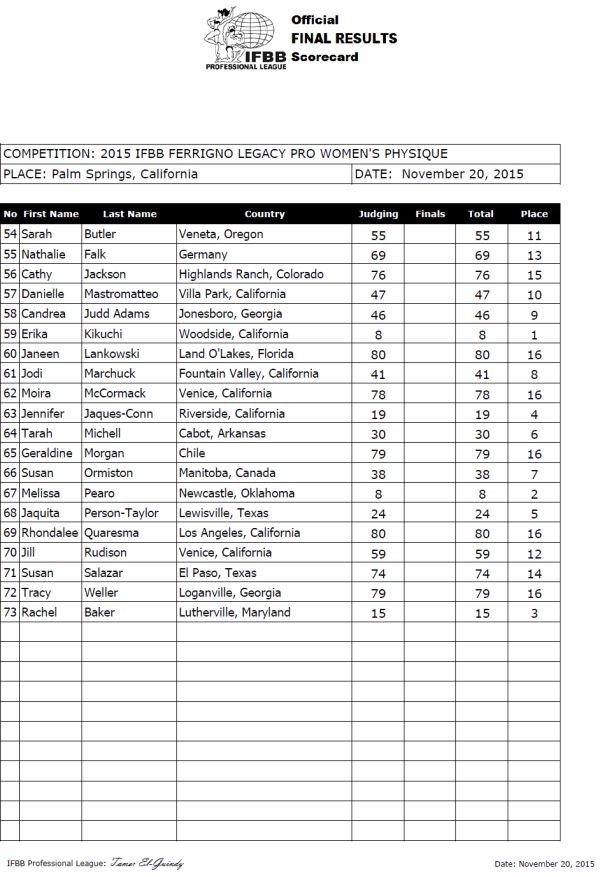