With the completion of the Physique Olympia on September 19 at the Las Vegas Convention Center Expo Hall, the 2015 contest season rolled to a close in what was its best year ever at many levels.  The numbers and the accomplishments are impressive and now in its fourth year as part of the IFBB pro division, the Physique class is firing on all cylinders.

Where to begin?  In total, the pro Physique Division has enjoyed sterling growth since 2012.  That inaugural year 102 competitors accounted for 191 entries in a modest 13 events.....an average of just over 14 contestants per show.  In 2013 and '14 the division made steady and consecutive increases.  But this year the interest was significantly more prominent.  With 211 competitors taking part in 20 contests from March to September, that group of women accounted for 400 entries - an average of 20 entries per event.  Within that 20 contests, the Texas Pro and New York Pro shows both enjoyed fields of over 30, and the Olympia welcomed 28. 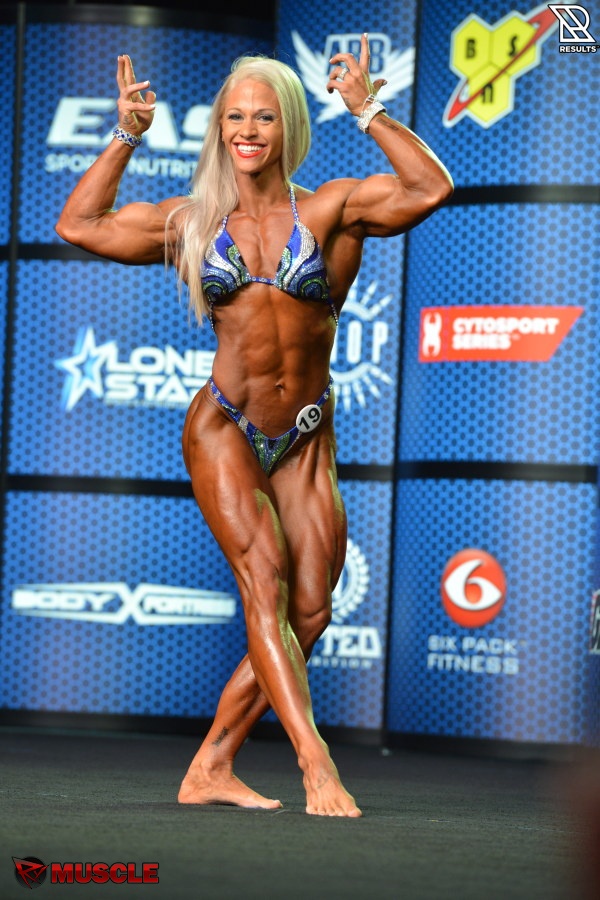 Individually, notable performances and accomplishments were everywhere.  Of the 211 contestants competing in the 20 contests this year, a large number were making their pro debuts.  But among them, no other competitor made a bigger splash on the scene than former NPC National Light-Heavyweight champion Kira Neuman.  Earning her pro status in 2012, Neuman made her pro Physique debut in 2013 at the Wings PBW Tampa Pro where she finished an unlucky 13th. At that point she stepped away from the competitive stage last year with the decision to jump-start the competitive process again in the future.  Well, the future became 2015, and few if any pro WPD competitors have made such a visual impact on the WPD scene in a competitive season.  With her 2013 experience as ancient history, Neuman scorched the contest scene in July with a pair of victories at the Wings Chicago Pro followed by another convincing victory at the Prestige Crystal Cup just two weeks later. The two events locked her in for qualification to the Physique Olympia where she once again made a strong impression with her physical qualities. Placing second to defending Olympia champion Juliana Malacarne, Neuman looks to be a legitimate future challenger at Physique International and Physique Olympia-level events. 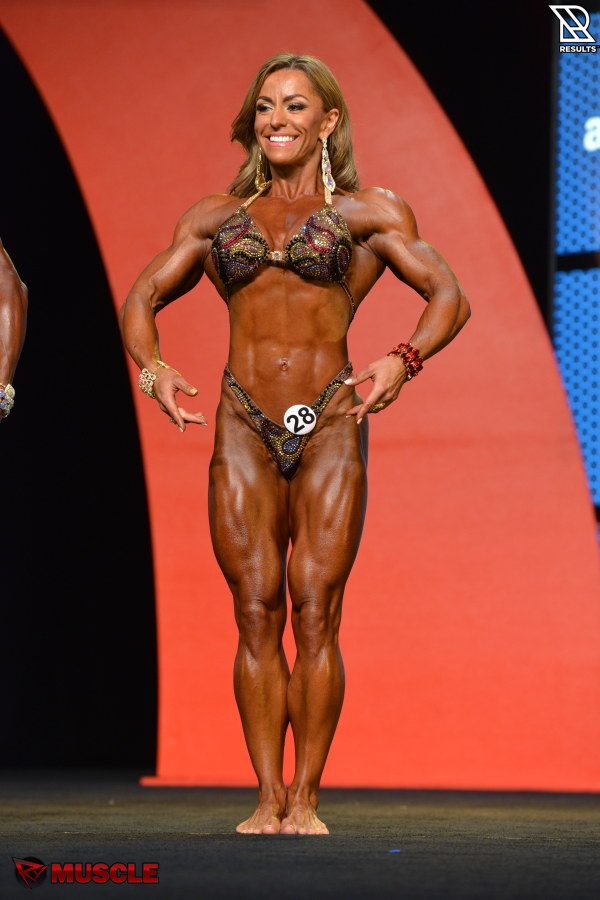 Of course the big winner this year needed to be perfect in contest entries and Brazilian bombshell Juliana Malacarne was up to the task. A defending Physique Olympia winner from 2014, Malacarne lock-stepped her remarkable overall physical structure into Columbus in early March to claim the inaugural Physique International in convincing fashion.  Six months later she did it again with a September triumph in Las Vegas at the Physique Olympia.  In winning these two events, Malacarne is the winningest pro Physique competitor with seven victories that include 2 Olympias, 3 New York Pros, and 1 each at the Physique International and Europa Supershow Dallas. She is on a definitive roll, but the remainder of the ever-growing pro WPD contingent is far from giving up the chase.  The evolution of this division has been at warp speed over the past four years and it is unlikely the pace will slow anytime soon. 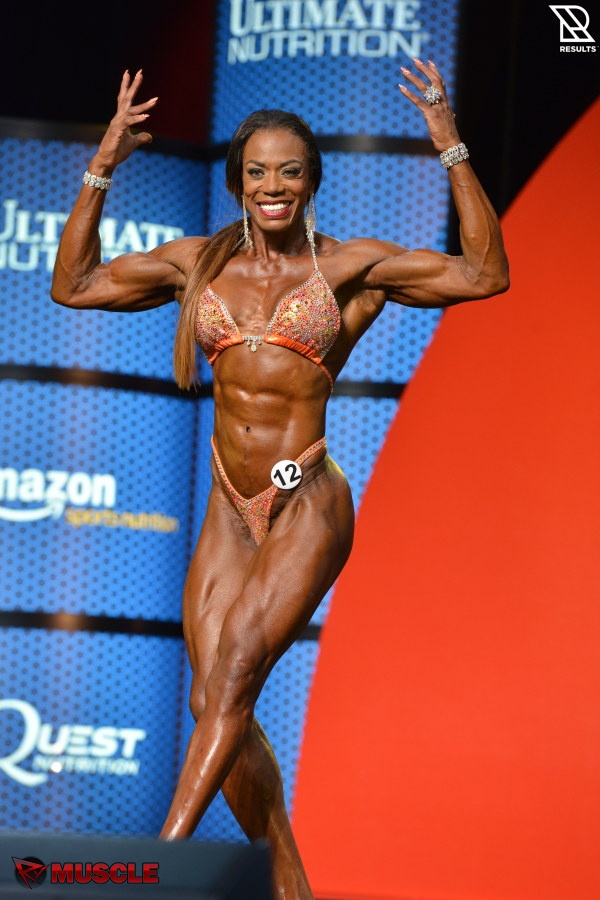 Another revelation as it relates to the Physique Division is the remarkable diversity in the age of competitors.  The recent Physique Olympia is a prime example.  Whereas bodybuilding takes years to craft the level of muscular cultivation to compete at the highest levels, and Bikini and Figure Divisions tend to favor youth in the overall look, the Physique Division exhibits a wide range of ages and all seem to stand up well under the harsh scrutiny of a judging panel.  This year at the Physique Olympia the youngest competitor - Danielle Reardon - had only just celebrated her 25th birthday on September 3rd and looks to have a bright future owing to her outstanding fourth-place finish in her first Olympia experience. Meanwhile, the ageless Jennifer Hernandez was competitive at the Big Show at 53!  It would be difficult to find that level of age variation at the Olympia-level in any of the other divisions.  Appropriately, Jennifer Hernandez was presented with an IFBB Achievement Award for her outstanding accomplishment in reaching the Olympia level. 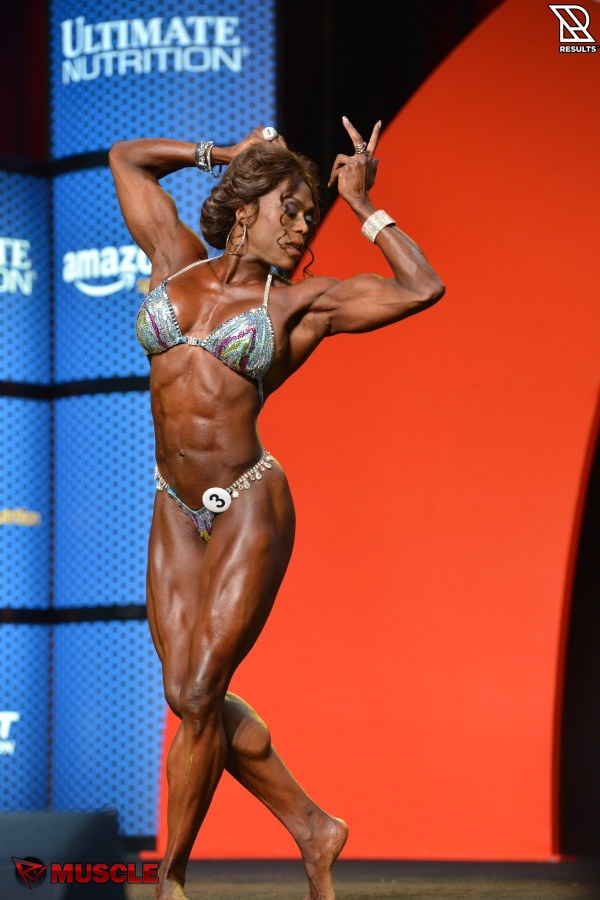 With the fact that the 20 pro WPD contests this year featured right at 400 entries, several of the 211 competitors made multiple trips to the stage and racked up considerable air miles in the process.  The busiest contestant in 2015 was Chicago's LaDrissa Bonivel.  She entered a total of seven events beginning with the Physique International in March, and a victory at the San Jose Pro punching her ticket to the Olympia.  Along the way she also entered the Optimum Classic,,the Spartan Classic, the Wings Chicago Pro, and the Europa Supershow. 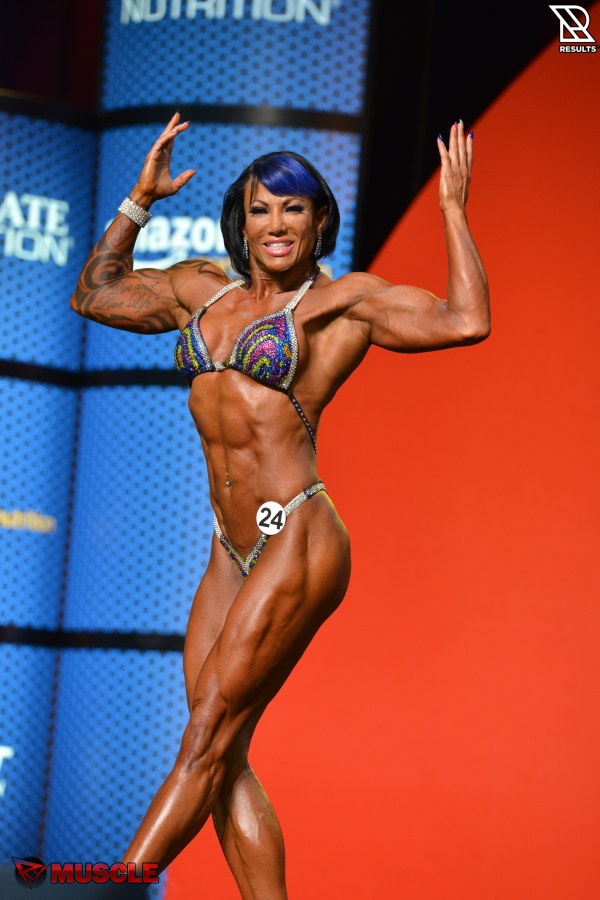 Close behind Bonivel was one of the most active entrants in the growing history of this division - Mikaila Soto.  She entered six contests this year, qualifying for the Olympia at the Atlantic City Pro - the final qualifier before the Olympia.  In the past, Soto has also entered seven contests in 2012, and four in 2013 before taking last year away to deal with health issues. Few WPD competitors are more enthusiastic about competing in this division than Soto, and 17 contest entries in three years is impressive.  In addition, New Yorker Roxanne Edwards also competed six times this year.  And trailing the above-mentioned trio with frequent contest entries was a group of seven competitors who entered five contests. Clearly this division sports a dedicated following of women who carry a strong comradeship and enjoy supporting the yearly events.

The Big Picture:  So now, as of the recent Olympia, there have been 67 IFBB pro WPD events dating back to 2012.  Six competitors have won three or more contests, Juliana Malacarne with 7, Tamee Marie with 5, Sabrina Taylor with 4, and Karina Nascimento, Patricia Mello and Sarah Hurrle with 3 each.  Ten competitors have won two contests...Mindi O'Brien, LaDrissa Bonivel, Leila Thompson, Kira Neuman, Heather Grace, Karin Hobbs, Teresita Morales, Nola Trimble, Samantha Hill and Dana Linn Bailey. Twenty-two competitors have won one. The 2016 season will get off to an early start when the Europa Phoenix Pro, Ultimate Warriors and Ferrigno Legacy events take place in October and November to wrap up the calendar year. The anticipation for those contests is already at a high pitch. 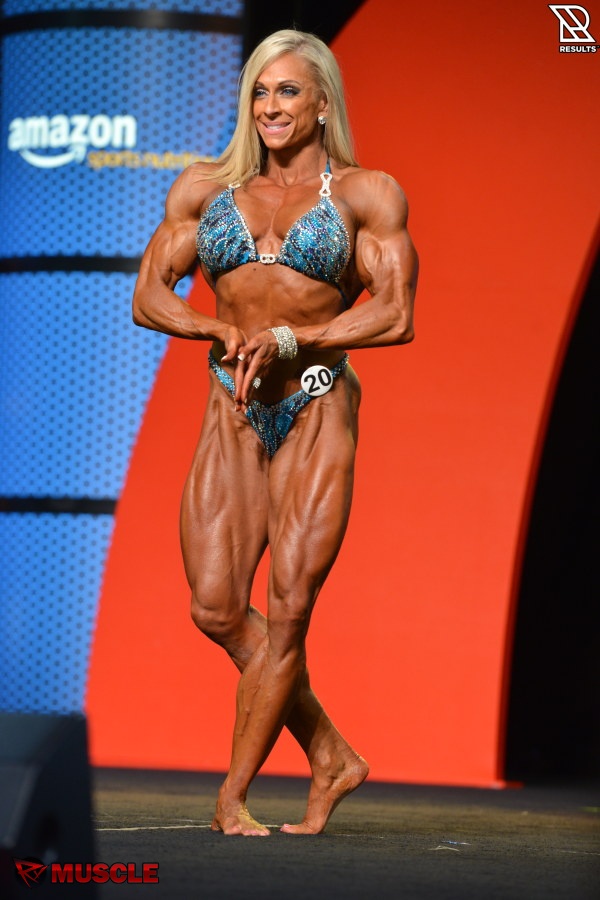 The Stalwarts:  Each year a select few competitors for various reasons end up working some magic and can often be overlooked.  In 2015 Canadian Mindi O'Brien - now past 40 - worked a level magic of her own by qualifying for her third straight Physique Olympia by winning the Wings Tampa Pro to gain her second WPD victory and her 10th trip to the Olympia in a combination of Fitness and Physique accomplishments.  O'Brien is the only pro competitor to win an IFBB pro event in both the Fitness and Physique Divisions…and this year she took to the stage in the best level of condition in her long and distinguished career.  And if you think she might lack perseverance, resilience and dedication, she won her first pro Fitness event in 2004, and didn't win another pro event until 2014 - the Toronto Super Show!  Suffice it to say she endured many second and third place finishes throughout that decade of desire to win. 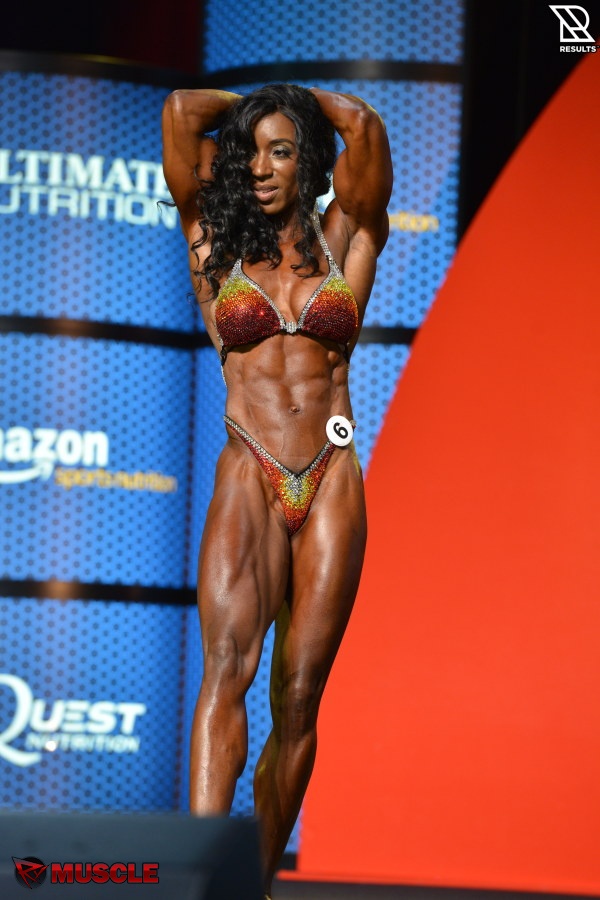 Tycie Coppett also deserves special mention in not only her distinguished efforts as a competitor where she has placed 2nd in 2013, and 3rd last year to go with a matching finish this year at the last three Ms. O's, but also in her tireless work in formulating a strong unity among the competitors with her WP Project.  Coppett nearly quit competing in WPD events after a particularly distressing 9th-place finish in early 2013. A disaster avoided, fortunately for us all, she stuck with it and the results have been magic. And if you're a betting person, and laid money on Erica Blockman to place in the top ten at the Physique Olympia - you won big time.  Competing four times this year (three before the Olympia), she quietly scored a third-place finish at the Spartan Pro and a pair of runner-up finishes at the Mile High Pro and San Jose Pro events thus totaling enough points in the Olympia Qualification Points Series to earn an invitation to compete.  She made the most of the opportunity by not only cracking the top ten, but finishing a very impressive 8th in the best WPD Olympia to date.  Blockman's physical qualities are really no great surprise, as the feisty former high school wrestler finished 4th at the Europa Super Show in Dallas and 3rd at the Emerald Cup Pro both in 2014.  If anything was lost to her in the 2015 season, it is that she'll no longer be able to fly under the radar at future events!

If there is such a thing as a 'future stalwart', take your pick.  Using the Physique Olympia as an example with its 28-competitor field, 17 SEVENTEEN of that group were rookies entering their first Physique Olympia...and there are more waiting in the wings.  Gotta love this division.