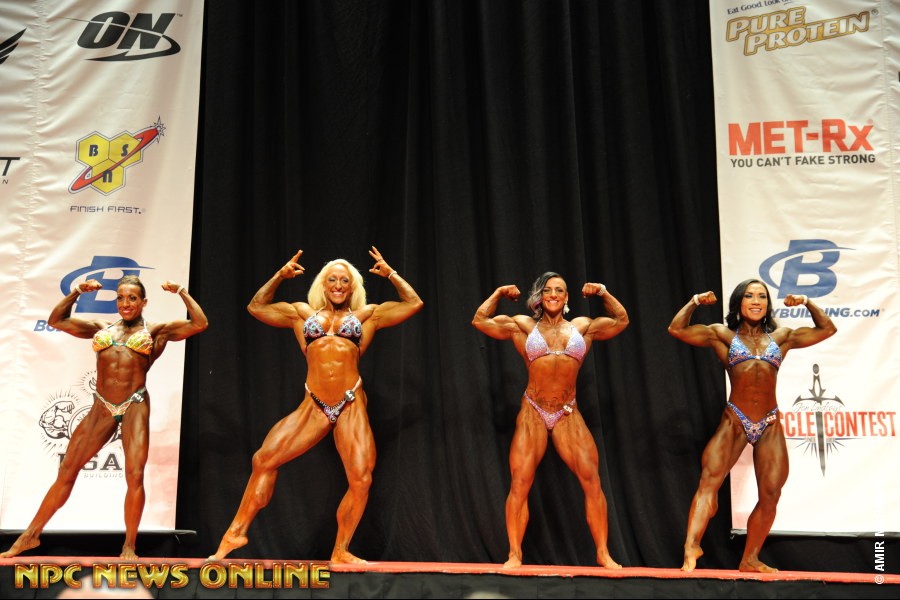 In an unbroken chain, the NPC USA Championships has rolled along since the very early 80's and led by legendary competitors such as Rachel McLish and Iris Kyle, this event has been highly anticipated by aspiring contestants with high hopes of joining the ranks for the IFBB pros.  Promoter Jon Lindsay and his staff have been staging this event since the early 90's, and since 2000 the contest has found a permanent home in Sin City at the Artemus Ham Hall on the campus of University of Nevada Las Vegas and always around the end of July - this year it fell on the 24th and 25th.

This year the women's bodybuilding field once again continued its struggle to draw the large fields once enjoyed in past decades.  But regardless of the number of entries, the winners rise to the occasion as representative winners of a USA Championship title.  The field this year totaled just 11 contestants, but two competitors flexed their way to earning IFBB pro card status and each was a convincing winner their respective weight class.

THIS CAIN WAS ABLE ! 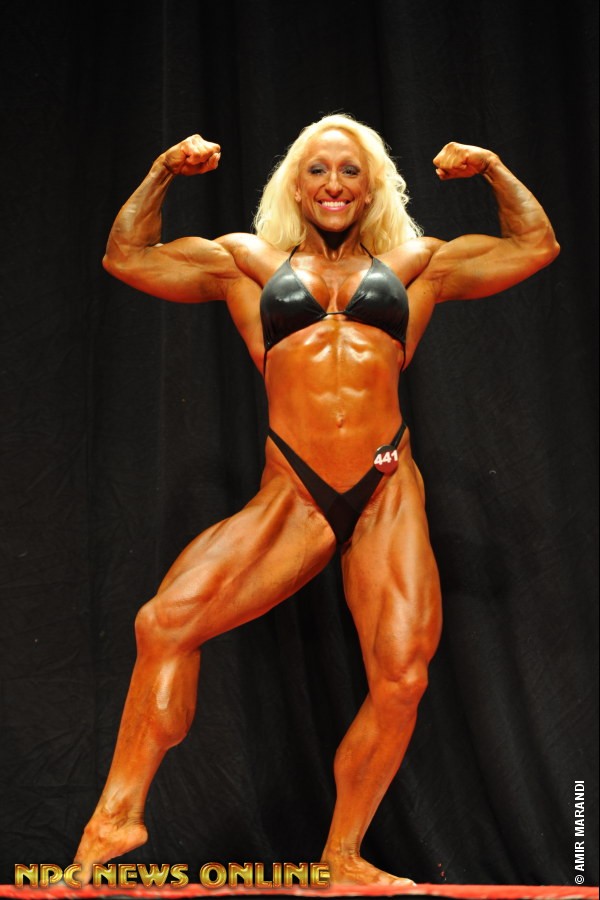 With all eyes on the NPC USA and the women's bodybuilding world on the weekend of July 25-26, Mary Cain was Georgia's Peach. As the winner of the heavyweight class distributing 181 well-balanced pounds on her 5-7 frame, she became instantly unique by her very presence in this class...and in the entire division for that matter.  You see, Mary Cain is from Columbus, Georgia, and in winning the heavyweight and overall USA titles she became the first Georgian to win both.  In fact, she's the first competitor from Georgia to win a USA weight class since Charla Sedacca won the MW class in 1987.  Cain continues a run of impressive heavyweight and overall USA winners following last year's overall champion Aleesha Young. Cain got her start at the NPC Eastern Seaboard in 2007, and at national-level events, she has made steady progress since 2011.  That year she placed 9th in the HW class at the NPC Nationals. Then, after taking time away to give birth to a son, she returned last year to place 5th among the heavyweights at the USA.  Her move up the placement ladder isn't really surprising considering the improvement of her large well-shaped structure that features flamelike quad development set atop a pair of beautiful diamond-shape calves.  As icing on her bodybuilding cake Cain topped off her well-packaged look with a shock of platinum blonde hair.  Considering the fact that her upper body is close to being perfectly balanced to her lower extremities, she should fit right in at the pro level whenever she decides to make her first plunge into a pro event. No doubt unique to other heavyweights in the history of the USA is the fact that Cain has been a lifelong baton twirler. And along with stints in track, volleyball, basketball and rugby, she twirled for four years while at Kansas State on scholarship. Clearly, the endless banter about bodybuilders being one-dimensional is unfounded.  Just don't get in Cain's way when she's twirling......a viral youtube clip just waiting to happen!  So, Mary Cain flexed her way into the pro ranks, and it will be interesting to see where she fits in when her pro debut arrives. Following Cain in the runner-up spot was Californian Joella Barnard, and Cain's fellow Georgian Wendy Watson in third. 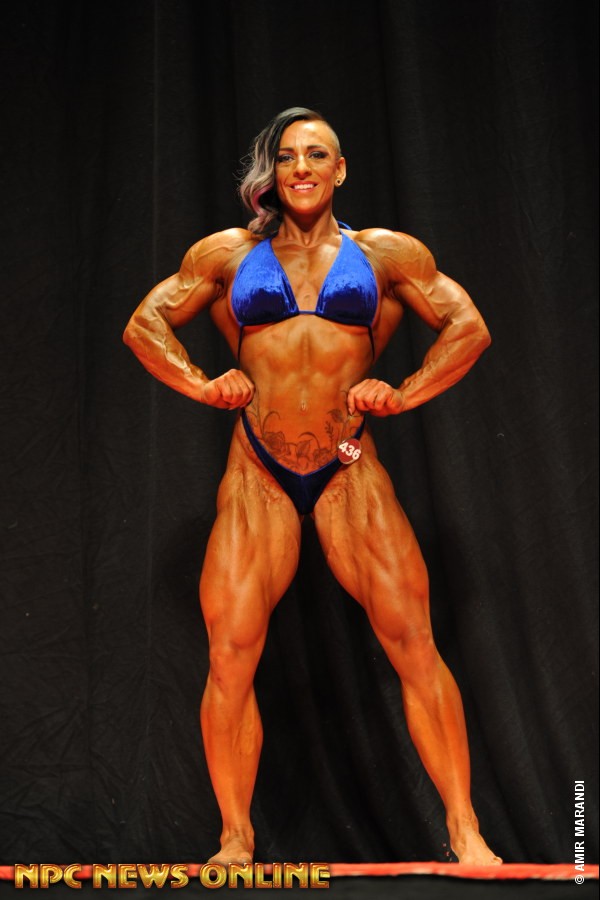 As the light-heavyweight USA winner this year, it's entirely possible Washington's Tarna Alderman carried with her a higher level of emotion to the victory stand than most.  You see, she was coming from a bodyweight of 240 pounds in her past.  That might be fine for someone standing 6-4, but Tarna Alderman is only 5-4.  So, with some athletic exploits in her distant past such as soccer, softball, and sprinting, shot putting and high jumping as an unusual combination in track & field, her initial entries in the bodybuilding world were also unusual.  For example in 2011 she competed as a middleweight at 126, and as a heavyweight at 150.  During that year she competed four times, then scaling back to two events in 2012.  But it wasn't until 2013 that Alderman took her jump into a national-level event and as it happened, the contest was the NPC USA.  She entered as a heavyweight and found herself in 9th place.....in a field of 10. Time to re-group. Alderman returned with renewed purpose, trimmed down, and entered in the NPC Emerald Cup Physique Division where she grabbed a runner-up spot in her height class.  More confidence and motivation returned....with an emphasis on the motivation. Her Emerald Cup effort showed she could carry quality muscle of her 5-4 frame and quietly she set about to add more and move back to the bodybuilding division.  By did she.  Checking in at chiseled 138.4 points and playing it close to the 140-pound limit to the heavyweight break-off, she displayed a  convincing overall look that carried her to the top spot in the light-heavyweight class.  She was suddenly the USA LtHW champion and as icing on her victory cake the judges also awarded her the second available pro card in the bodybuilding division. Suddenly, she was a long way from those days of competing in 2011 at the NPC Vancouver natural and NPC Seven Feathers....a very long way. "I spent some time right after the contest being both stunned and shocked," recalls Alderman. "Then after a few more days I realized I was really just getting started.  I was a pro now, and that still hasn't sunk in."  But to say she is just getting started has some merit.  On July 30th she was celebrating her 31st birthday...young by pro bodybuilding career standards.  Whatever happens as she continues down her bodybuilding road, Tarna Alderman is forever an NPC USA Light-Heavyweight champion and she's in very good company with past LtHW winners such as Laura Creavalle, Amanda Dunbar, Angie Salvagno and Shannon Courtney. Chasing Alderman in the runner-up spot was Utah's Jacqueline Horan.  With a final score that only trailed Alderman by three points, in the end it turned out to be the 12 pounds she gave away at 126.2 to Alderman's 138.4 that really made the difference.  For Horan, it was her best showing at the USA having placed 9th in 2008, 5th in 2010, and 11th last year.  Third went to Maryland's Rachael Pecoraro, with Nevada local Yvette Bova in fourth.With just two entries in both the middleweight and lightweight classes, both Californian MW Tram Nguyen and Virginia's LW Heather Osborne earned unanimous decisions to capture their crowns. While some may say those wins could be anti-climatic,this duo still earned their rightful spots on the all-time NPC USA lists in their respective weight classes. Historically, Nguyen is the first Californian to win the MW USA class since Dawn Riehl in 1999, and Osborne followed fellow Virginian Patricia Watson who took the LW title in 2013.Official ResultsLightweights1- Heather Osborne, Manassas, Virginia      52- Carla Krodinger, Lacombe, Louisiana      10Middleweight1- Tram Nguyen, Westminster, California  52- Patricia Beard, Doral, Florida  10Light Heavyweight1- Tarna Alderman, Richland, Washington  62- Jacqueline Horan, Bountiful, Utah  93- Rachael Pecoraro, Elkridge, Maryland  154- Yvette Bova, Henderson, Nevada  20Heavyweight1- Mary Cain, Columbus, Georgia  52- Joella Bernard, San Jose, California  103- Wendy Watson, Suwanee, Georgia  15The NPC USA Women's Physique Division Overall Goes To Billie CavalierA CAVALIER WITH A GREAT ATTITUDE ! 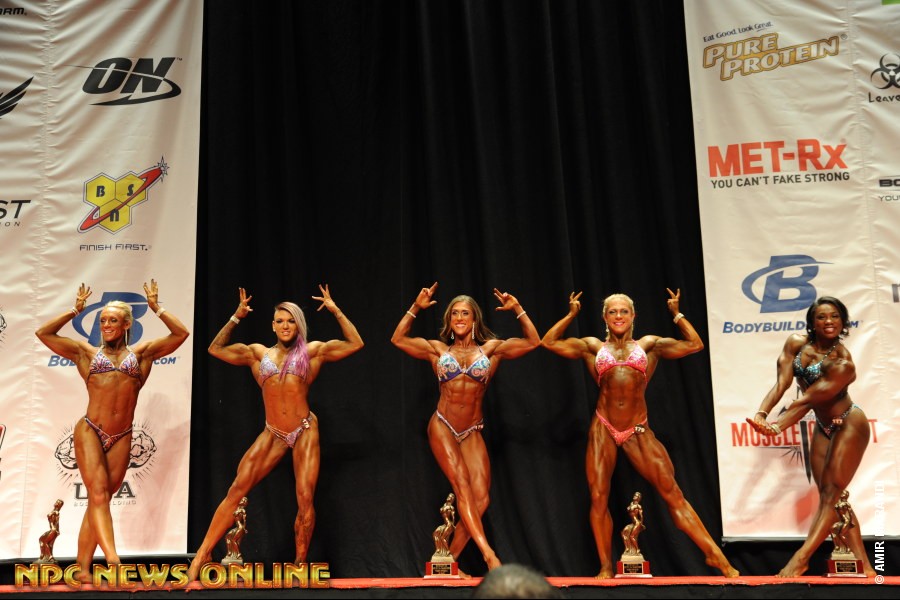 Now in its fifth year of offering the Women's Physique Division, the NPC USA drew a well-balanced field of 30 contestants within the four height classes this year, and as usual, the top five placers in the classes spanned the entire country from coast to coast with Denver, Colorado, capturing two of the four division crowns. Who would step up to become the next Overall WPD champion following in the footsteps of Texan Sheilahe Brown in 2011, Louisiana's Samantha Hill in 2012, New Yorker Maria Rita Penteado in 2013, and Californian Tonya Hooker last year? 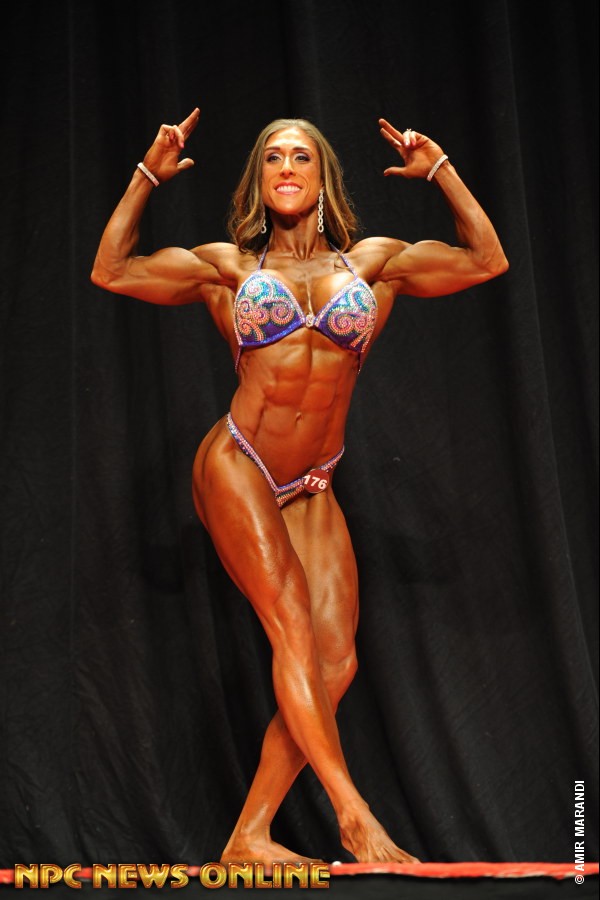 With a contingent of 30 women in this year's Physique Division - down from 38 last year - it was most interesting to note that only six women returned from the 2014 field.  That said, new competitors continue to surface, be it through the Figure division or to a lesser extent from bodybuilding.  Of those who returned, 'D' class competitor Hailey McGrath from Denver, Colorado, was most successful as she moved up from her 6th-place position last year to winning that class here. Also in the 'D' Class, last year's 3rd-place finisher Brienne Eubanks moved up to the runner-up spot, while Kimberly Rieck also returned to place 4th, up from 7th last year.
With just five contestants in the 'C' class, Denver's Billie Cavalier battled Las Vegas favorite Sierra Mangus for the top placing. At 5-5 3/4 - just under the 'D' class limit - Cavalier showed the best balanced physique in the field that also carried enough muscular detail to highlight her qualities.  A newbie by anyone's estimation, Cavalier can be much better as she moves into the pro ranks with this overall victory.  With little to show by way of a contest resume, Cavalier was the overall winner at the 2014 NPC Rocky Mountain Championships, so her future contest ventures should be considerably more challenging. Finishing second was Nevada's Sierra Mangus who moved up from her 3rd-place finish last year. 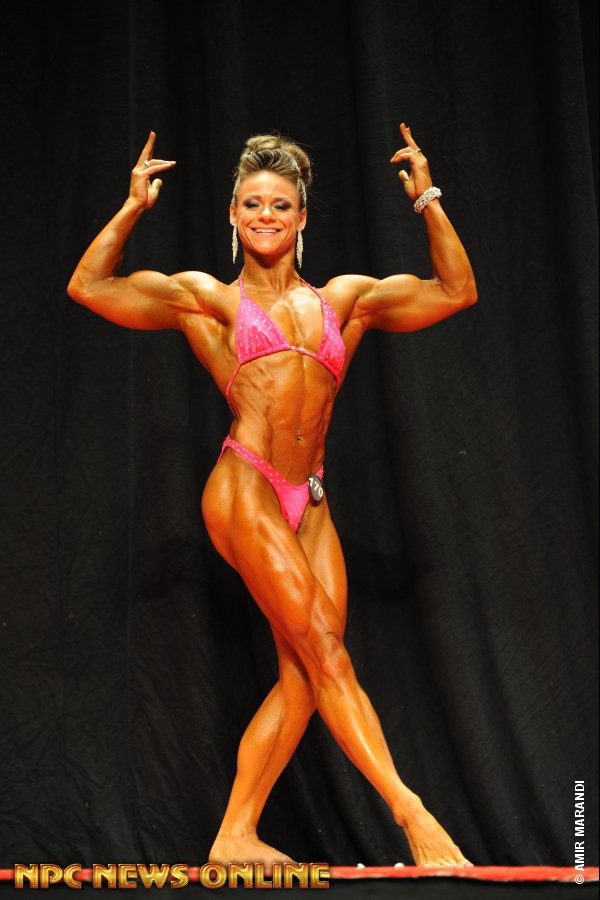 If there was an award for 'Best Stage Presence', 'B' class winner Chelsey Coleman would be the hands down winner. From Queen Creek, Arizona, Coleman was a unanimous winner in this class of seven contestants.

Vibrant, the 5-2 1/4 former University of Utah gymnast came to the Physique division by way of bodybuilding. Coleman was a busy bodybuilder in 2011 winning the NPC Arizona, the NPC Western Natural, along with a 5th-place finish at the NPC USA in the LW class.  For her, the Physique division is a perfect fit and the 26-year-old shows excellent potential as she moves into the pro ranks with her class win here.

Florida's Michaela Aycock was the solid choice among the eight contestants in the 'A' class for those entrants 5-2 and under.  At 5-0, Aycock showed terrific balance on her tiny frame, and is yet another competitor who is just getting started in her Physique Division journey.  With each of the other three height classes claiming at least one returnee from the 2014, the eight entrants here was a 'fresh group' with no previous experience in the USA Physique Division.
Official Results
Class A (Under 5-2)