The Dos and Don'ts of Social Media in Bodybuilding

The Dos and Don'ts of Social Media in Bodybuilding

"The Dos and Don'ts of Social Media in Bodybuilding 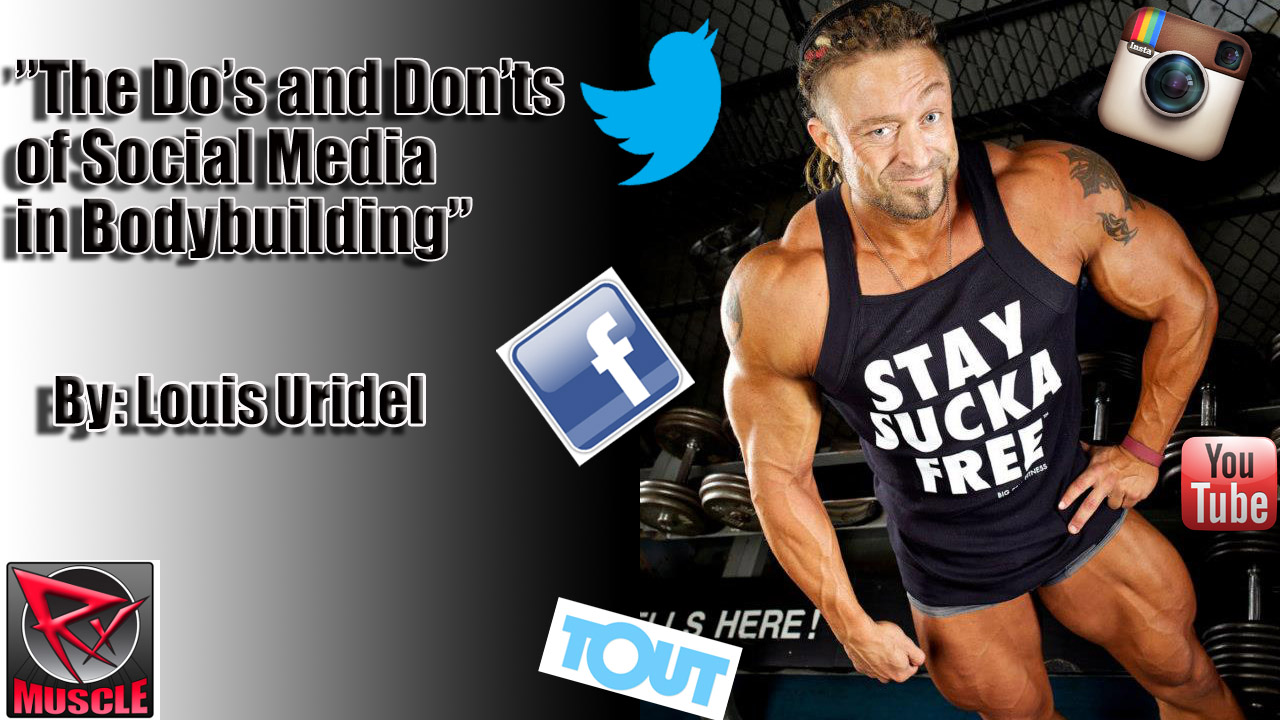 "There are many things of which a wise man might wish to be ignorant." - Ralph Waldo Emerson

When Mr. Emerson died in 1882 I doubt he thought this quote would be highly relative to social media today.  Which means he really wouldn't have thought how it would be even more applicable to the Vanity Fair that is the world of bodybuilding.

I am amazed on a daily basis by some of the things I see on social media by competitors in our sport. I'm guessing many in the bodybuilding industry aren't familiar with the Kenny Rodgers song "The Gambler" where he sings "Know when to hold em', know when to fold em'…" Somethings are best left unsaid to people you talk to on a daily basis. Imagine saying those things to "friends" you don't even know and to their friends, aka "friends of friends".

So, you're a bodybuilder or bikini competitor… what should you do to properly regulate yourself on Facebook, Twitter or #Instagram? I mean, you want to get your name out there, promote yourself and be a social media mogul, right? Fear not… for I will help you stay sucka free.

Do:  Promote local shows that you intend to do. Heck, promote local shows you don't intend to do. Most have flyers on the promoter's website. All you have to do is post it up, link the website and you're done! Now, this isn't going to get you any special treatment at shows - but it does show you support your local promoter. After all, he is putting the show on for you and others to compete in the least you can do is show support!

Don't: Promote yourself as going into a local show to win it all. Or worse yet, promise you are going into pick up that pro card!  First, if you tout you will be triumphant and end up not winning - you look like a fool. Second, there isn't a store to go pick up a pro card… I know it may SEEM like that, but it is actually a very difficult task. Note - there have been people claiming to win a show and who DID. If you can pull it off then you look that much more "baller". But the odds are seriously stacked against you. Basically, don't write a check your ass can't cash.

Do: Post pictures of yourself… but don't take them yourself. I'm not saying this because I think that selfies are a bit… passé', well… actually I do… but I'm saying this because you can't possibly get the best angle to make yourself look like a boss! Let's face it, I didn't hold a nickname like "Big Sexy" because I took pics at poor angles. Follow this protocol…

1. If you are a guy - take pictures with the camera/phone angled slightly upward toward you. This makes you look BIGGER and your waist smaller. If you are a girl and you want to look tighter/smaller - take the picture with a slight angle DOWN.

2. Guys, if you want the money arm shot you have to angle your biggest part of your arm so it is facing the camera! The outside of your arm should be perpendicular to the camera. This will expose the full biceps peak and your triceps belly. This is how I've had my arms look bigger than PJ Braun (which isn't true). 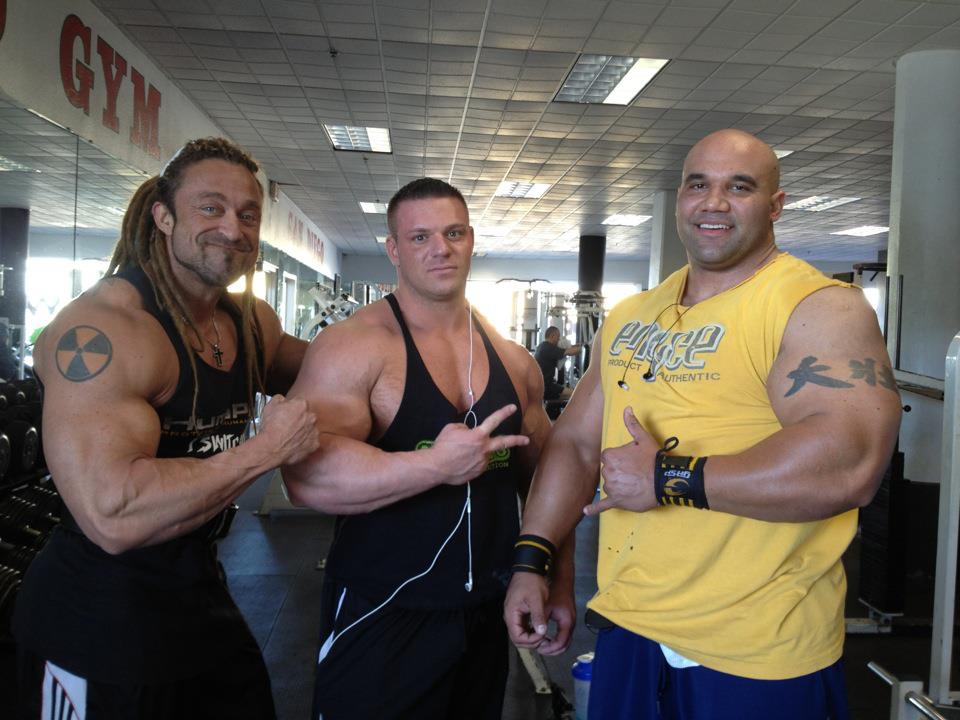 3. Look bigger or smaller by standing further or closer to the camera when you are with people. Want to look big next to Jay Cutler? Stand about one step closer the the camera with your body and flex. Your arm will look bigger than his even if you wield a measly 18" python.

Don't: Wait for it… take selfies. There comes a time when things are popular and then when they just get silly. Selfies have reached boiling point of silly. The only time they really work, and I use that term loosely, is when it is a hot woman wearing a thong or is scantly clad. In this particular instance, it doesn't matter who is taking the picture. 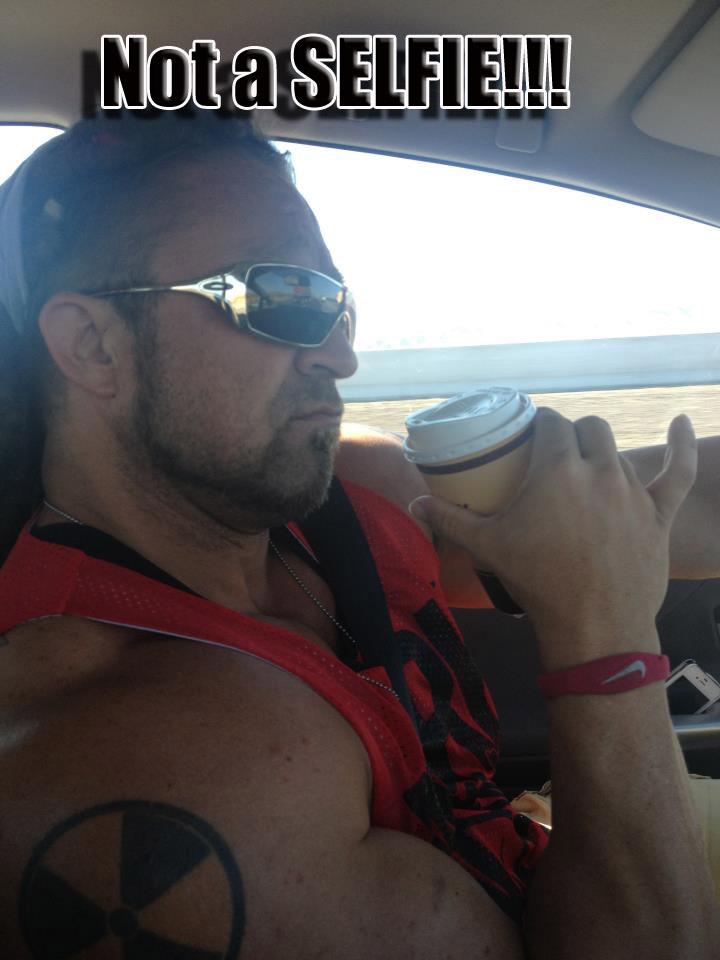 Do: Post up a video of a set during your workout, or even the entire video of your workout. A quick explanation of an exercise you made up or a cardio technique explained can help you gain people who will actually listen more to what you have to say - thereby making you more socially powerful… and at the end of the day, social media is all about who is listening to you. In this case, you are actually using it for good… not evil.

Don't: Post constant status updates that you are AT the gym. Post that you just had the most grueling workout ever. Post pictures of your stepmill screen showing everyone you just did a lot of cardio. Make a post you just hit 15 reps at 405 on squats (really? if it isn't on video it never happened!) Basically, you are coming across like you are bragging about something that EVERYBODY else is already doing on the reg. If you want to let everyone know you are at the gym, get an app like Foursquare and check in. That way you don't have to make a physical post.

Do: Attack actions, not individuals. So, instead of calling out that asshole who rips people off and writes bunk diets for his clients - make a post about how people need to be leery of who they hire for their trainers, check their credentials, and do their research because it's your prep and you deserve the best!

Don't: Air your dirty laundry. Hey, no one is perfect… even the Sexah One is guilty of this one from time to time! Don't talk about your girlfriend problems. Don't talk about how awesome your girlfriend is (because if your relationship goes sour and then you start dating someone else… everyone will be like 'oh again?' when you start blowing trumpets to her greatness). Don't bash your job, co-workers, fellow competitors, fellow trainers, etc.

Finally, for all that is good in this world… do not bash the judges of your shows for not placing you higher and claiming politics. EVERY SINGLE TIME I have heard politics were involved, the person pulling the politics card didn't look nearly as good as they thought they did. Moreover, this is just poor form. There is an entire world of competitors out there and one thing is a given.. there are a lot of good guys out there and they are all gunning for number one!

So, I'm hoping this finds you all well and now you can attack your social media campaign with a little more understanding on the directions you should be taking.