This is a complicated, convoluted, story of teenage love, drama, tattoos, and marriage. The two teenagers who got married were 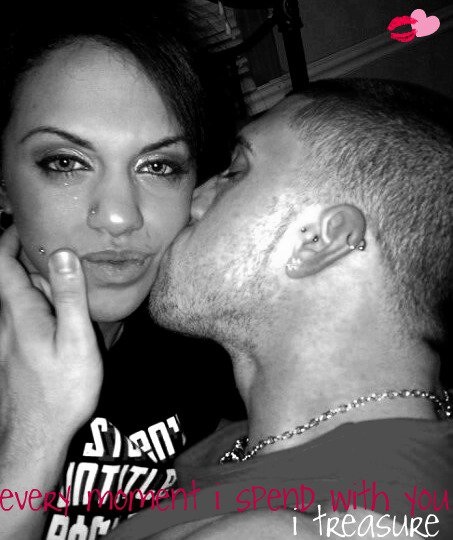 RxMuscle Bros Vs Pros Women's 1-Rep Max Deadlifting Champion Melody Melo and NPC Teenage National Bodybuilding Champion Nick Medici. Melody has been a regular on the Rx Muscle message board since its inception, she's been heard on the RxMuscle radio shows, and she's even been seen on The Heavy Muscle TV Show.  Nick is known for his win over Cody Lewis at last year's Teen Nationals, he's trained by Mr. 202 Olympia Kevin English, and he can be seen in Gaspari Nutrtion ads all over the place.

After returning from the Arnold Classic Weekend, I had plenty of emails to catch up on; one of which was from a fan alerting me to an unusual status change on Facebook. It simply stated, "Melody Melo is married!?!?"  WTF, I thought to myself?  How'd I miss this? I logged onto Facebook and checked it out, and to my shock and disbelief, it was true. Not only did she announce she'd gotten married, but the real shocker was that she married Nick Medici!  Nick is a great kid; no one would ever dispute that.  However, just a few weeks earlier  Melody was living with another young NPC bodybuilder, Chris Mahoney. I became aware of Chris when Melody brought him to several Rx Muscle functions. She even appeared with Chris on the New Year's Heavy Muscle TV Show.  During that episode she explained to Dave that she had moved from upstate New York to live with Chris and his parents.  According to my sources, Melody left Chris' family home in late February. 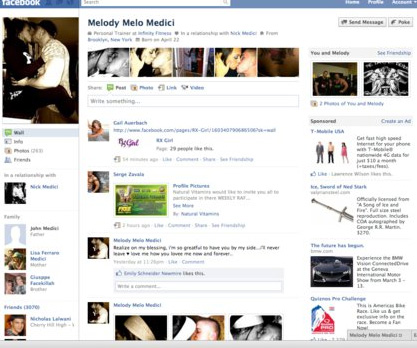 On the other side of the coin, Nick had been dating IFBB Fitness Pro,

Ariel Khadr. Ariel had made a name for herself by becoming the youngest IFBB Pro in history by earning her Card at the NPC Team Universe. Ariel is a level 10 gymnast and is currently at Rutgers University on a gymnastics scholarship.   She officially ended her relationship with Nick on February 12th.  Melo and Medici were married on the 27th of that same month.

Honestly, the real impetus behind me becoming interested in this story is the photos. Melody and Nick regularly post pics of them kissing, hugging, snuggling; all on Facebook in an album aptly name, "Dangerously in love". That's also where the tattoos come in. I'm not a tattoo guy myself. I can't imagine any image, word, or especially name, I would want permanently tattooed on my body. However, there are some cool tattoos out there that do fascinate me...

Melody has two new tattoos (at least). The one on her forearm is Nick's last name (Medici) with a rosary hanging off the name. The other is a large center, upper back, tattoo with Nick's first and middle name surrounded by a heart with wings. Nick already had the Medici name on his wrist/forearm, so he wisely opted for a crucifix further up on his forearm.  It doesn't appear that he's tattooed Melody's name anywhere on his body.   I would love to know why they rushed to get married and what made Melody want to get these tattoos, but they both opted not to discuss the matter with me. They said they didn't want this particular information to be "public".

The truth of the matter is that I wish the both of them all the luck in the world. I take marriage very seriously as my folks have been together and in love for over 35 years. I hope both Nick and Melody have that kind of happiness in their marriage, and this "dangerous love" lasts forever. Mazel tov!