This Saturday New York City is playing host once again to the IFBB New York Pro.  For some reason this show -- even way back when it was called the Night of Champions - has always been a freak attraction.  And that's what the New York crowd wants.  This year, true to form, a freak show is coming to Tribeca

Performing Arts Center.  The line-up is not only impressive in the open

class, but the Under 202 class looks just as lethal. Starting with EDUARDO CORREA from Brazil. Many of you remember Eduardo as the winner of 2nd Cyber Classic that Dave and I put on for that other magazine/website we worked for.  Eduardo also won the Arnold amateur contest held the same weekend. And, more recently, he won the 202 class at Jim Manion's Pittsburgh Pro.  This guy isn't missing any body parts  and he gets crazy shredded. He's definitely got the momentum to take the class.  But so does KEVIN ENGLISH, especially since he won it last year.  I saw him three months ago and I swear the guy

looked 280.  He was freak'n huge!  How he will get down to 202 is beyond me.  When he does, I don't think there will be a better pair of arms in this class.  Likewise, his conditioning is bound to be right on-- I just hope his skin can keep pace with his diet!  MARK DUGDALE is another guy with nothing missing who gets into incredible condition.  Mark's past contest placings haven't been so incredible, but It looks like this year he means business.  He . recently, took 2nd at the Pittsburgh Pro and is definitely a contender for top five in this show.

Right behind Dugdale in Pittsburgh was JASON ARNTZ who, last year, took third at the New York Pro 202 class, and 4th at the Olympia 202.  Like Dugdale this class was made for this guy.  I expect these two to be standing right next to each other when the final tallies are made.

DAVID HENRY is a guy I would stick right up there with Correa and English in the top three.  Henry beat English last year at the Olympia 202 Showdown but took second to him last year at this show.  Henry is known for his incredible conditioning, but with Correa in the mix, superb conditioning among the entire top will be a foregone conclusion.  It's going to come down to something else.  There's no doubt the judges are going to have their hands full with this one.

If there was a dark horse in this class it just might be FAKHRI MUBARAK who won the light-heavyweight class and turned pro at the 2005 USA championships.  He made his pro début at the 2005 Charlotte Pro where he placed a respectable  8th (there was no 202 class).  No one has seen him since.  He could be coming back with a vengeance.

So, my top three are: Correa, Henry and English - in that order!

The Men's open class will not have any crossovers from the 202 class. What it will have is perhaps one of 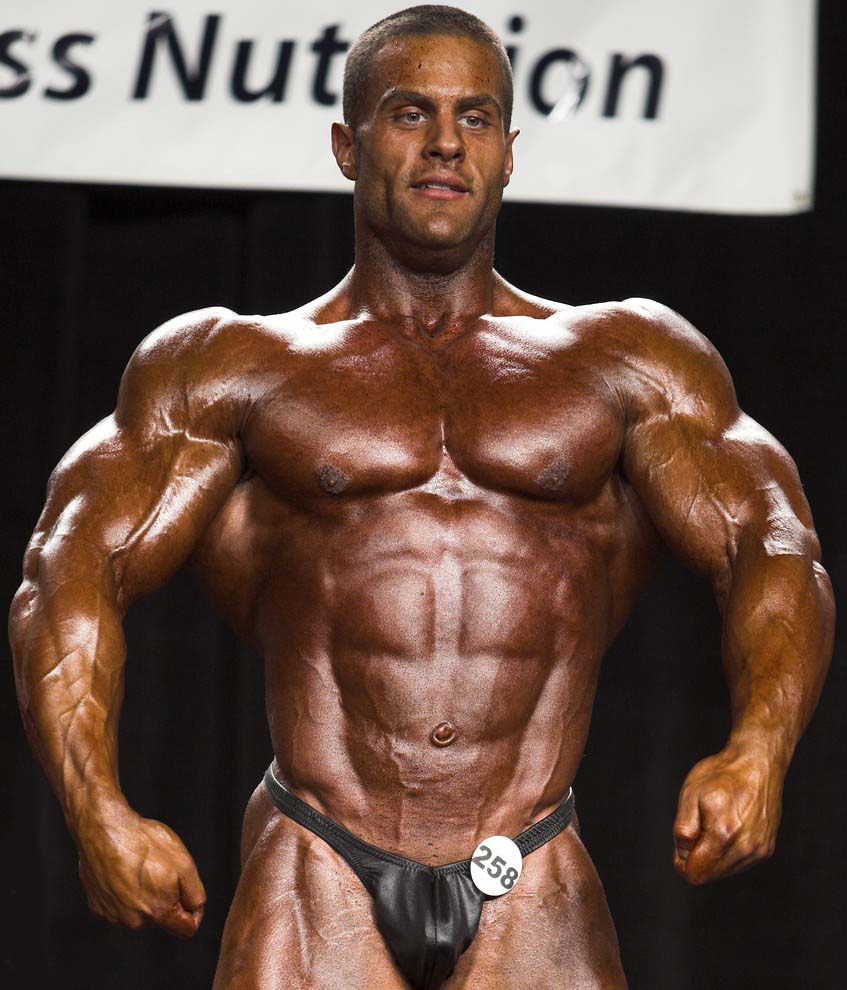 the deepest fields in the history of the contest. 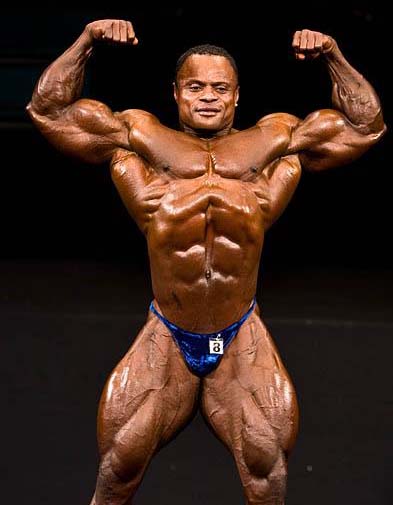 Almost all eyes are on EVAN CENTOPANI and what he's bringing to his Pro début. I called Evan yesterday to see how he was doing.  Knowing that he has one of those me-me-all-mine Blechman contracts, I can't technically interview him; however, there is nothing stopping me from talking to my friend and asking him how he's doing leading up to the show of his life. And there is nothing stopping me from telling you what he told me.... He said he feels great and looks incredible.  I asked him if he thought he could win it., and he said he felt he could.  Those are some pretty strong words considering the competitors that Evan is going to match poses with on the New York stage.  I'm talking seasoned 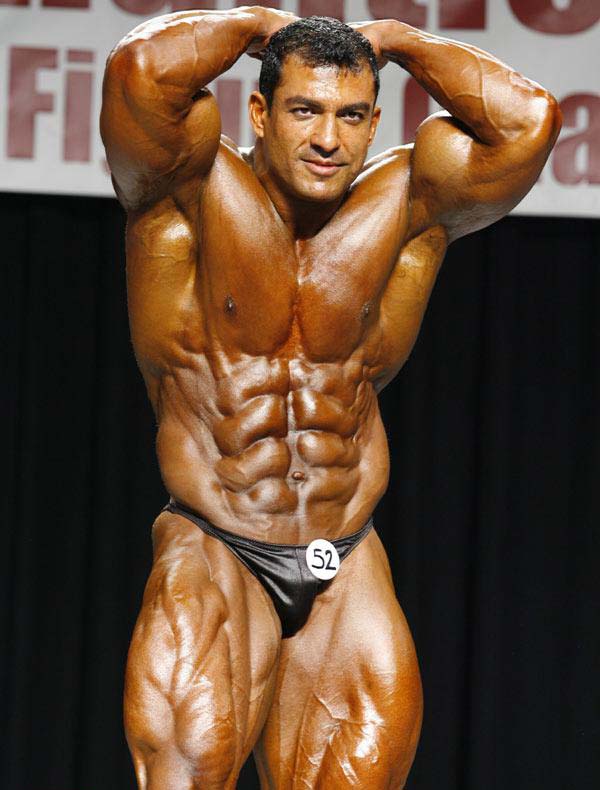 pros such as DENNIS JAMES who took 2nd in 2007, SILVIO SAMUEL who won the 2008 Ironman Pro (in January) and an out-of-retirement MARCUS RUHL who won this show in 2002.  Then you've got this freak named TAREK ELSETOUHI who won the super heavyweight class and overall at the Arnold Amateur last year and then finished 12th at the 2008 New York Pro.  This year, the only difference is that he's been working with contest guru Chris Aceto.  Chris just got through helping to resurrect Troy Alves and put him in the winner's circle at the Orlando Europa Show.  I've seen photos of Tarek and, to be quite honest, he looks insane.  His conditioning is ridiculous.  This guy is definitely going to be in the running for top five. 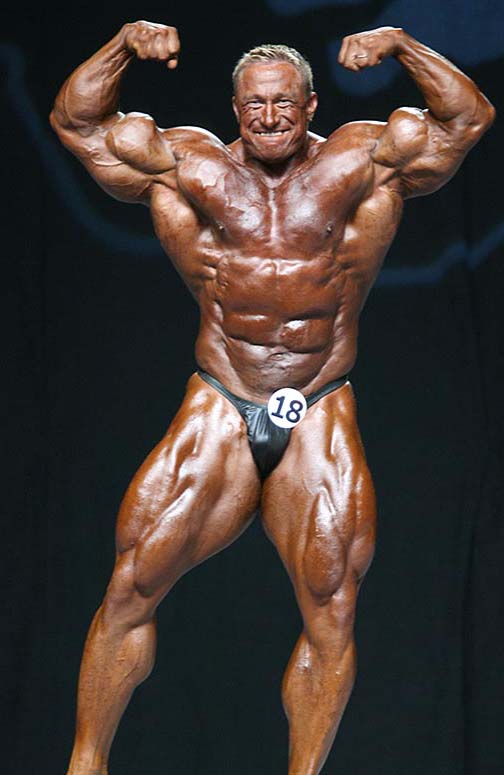 Then you've got HIDETADA YAMAGISHI who just finished second at the 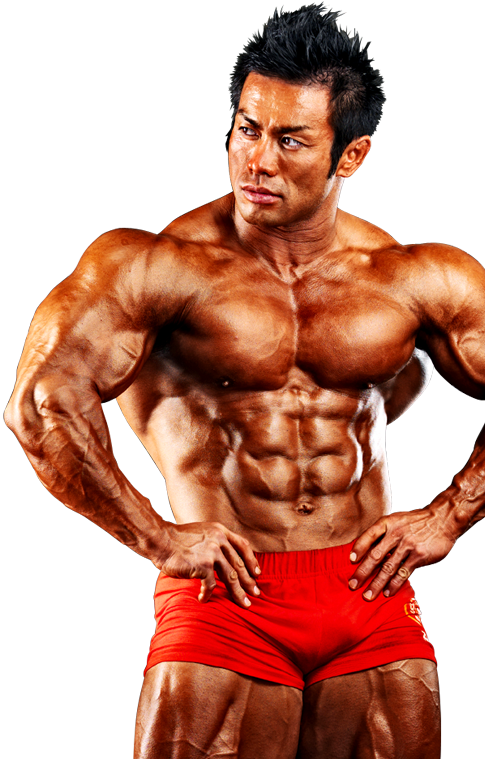 Europa Super Show in Orlando, the big freaky Russian SERGEY SHELESTOV,  the incredibly shredded MICHAEL KALFALIANOS from Australia, and how can we forget "the showstopper" BEN WHITE who battled with Evan on the amateur stage.  Can Evan just step over all these guys and win the 2009 New York Pro?  Evan is nothing but respectful when he talks about his fellow competitors, And I know you can't go into a show with any other thought than winning, but is he going too far thinking he can take it?

I wanted to ask one of the veteran dudes what they thought of the promising newcomer and AMI/Weider graciously allowed me to interview Dennis James for his opinion.  When I asked Dennis what he thought of Evan's chances in this show his response was, "I've never seen him."

"I'm telling you, I never seen this guy until now."

I wanted to clarify that. "I can't believe you never saw Evan Centopani."

"Not until now," Dennis answered back. "Everybody keeps asking me about this guy and I never saw him.  So I can't tell you what I think about him until after I see him."

"Fair enough.  Let's talk about you then.  What's DJ bringing to NY?"

Dennis told me how he worked with someone new this year who allowed him to eat much more food.  This same person had worked with Branch Warren and Branch had told DJ how great the diet was because he got to eat so much more food.  This was a big change from what Dennis is used to but it seems to have made a difference. "I've never felt this good," he said. "In fact, I've never been able to eat this much food.  I've never lfelt this good before."

"So do you think you can win?"

"We'll know when we get there," Dennis replied. "I know Silvio is going to be tough.  And maybe this kid you're talking about could be trouble.  But I feel good."

So? Who's it going to be? Can the new kid cinch the title? Will the veterans let him?  Is Evan's battle with Ben White over? What secret weapon will Tarek unveil? Is Silvio's incredible physique going to dominate?  Will Dennis James' new found conditioning be the thing that makes the difference this year?  What about Marcus Ruhl? All I can say is that I am glad I'm not a judge!  This is going to be a war.

And we'll be covering it all!  Stay tuned to RX Muscle for all the up-to-the minute reports from the 2009 New York Pro!