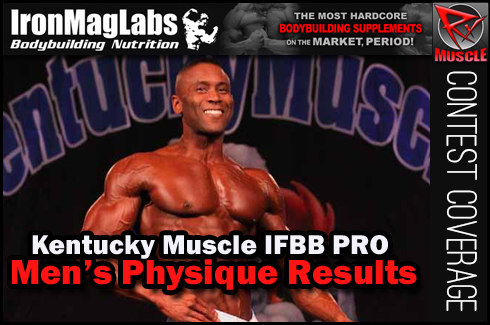 This marked the second year that the IFBB MP Pro’s hit the stage in Louisville, KY for Brent Jones’s Kentucky Muscle show. Head Judge Gary Udit had to work his way through a stacked class of 22 men bringing their best to the stage.  As the dust settled, Michael Anderson walked away with another huge trophy to add to his growing collection. Grabbing points towards the 2015 Olympia were Paul Batrony, Andre Adams, George Brown and Michael Blevins as they finished 2nd-5th place. Here are the final scores and results for a very competitive show. 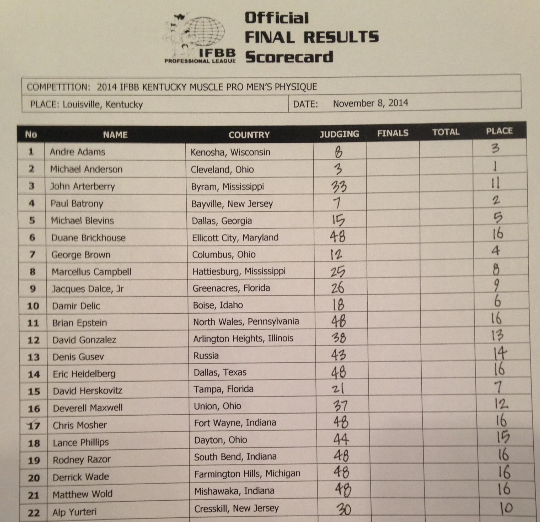 Congratulations to all of the MP Pro’s that knocked it out of the park in the home of the Louisville Slugger. Great job making our entire division proud!