What Happened to the Camaraderie?

What Happened to the Camaraderie? 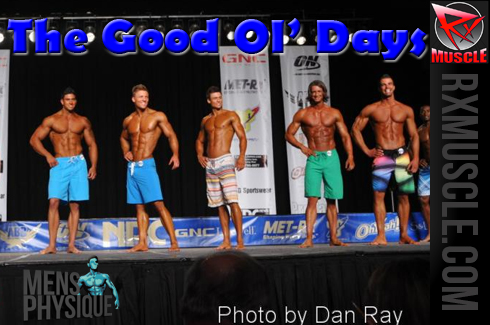 Many thoughts crossed my mind watching the Olympia this weekend. Great competitors with incredible physiques, upsets, questionable calls, well deserved victories, and what happened to the camaraderie?

When I think about bodybuilding I always go back to the Arnold era. I think about all the legendary bodybuilders with incredible physiques working out together, eating together and even going to the beach together. These guys supported each other and pushed each other to be better. The camaraderie was incredible.

For years I have watch the camaraderie in the sport decline. I've watched competitors bash other competitors, talk shit on message boards being keyboard warriors, make fun of others that "don't look good enough to be on stage", and even promoters trying to hurt other promoters and their shows.

It's disgusting and now we are seeing this childish and inexcusable behavior at the professional level! Not only that, but at the 50th anniversary on national TV. So this is what we want the general public to view our sport as? Do we want people to see us as roid-raging athletes that push each other around and talk shit to each other?

Now there is part of me that believes this is a ploy to grab attention to the sport, as negative as it is. In a world of reality TV, like Jersey Shore, drama means ratings and what better way to get people to watch the sport than to have a Jersey Shore/Jerry Springer moment on stage and at the press conference. If this was staged and set up by the IFBB then shame on you. And for anyone that gets enjoyment out of this idiocy then shame on you too. We should all be better than that.

Putting the Olympia to the side I still look at the lack of support for each other in the sport. Let's look at Men's Physique for example. When the division first came out I decided to support it and compete in it. Immediately the division was bashed and so were the competitors. It was funny to watch the sheep drop out of the division before even stepping on stage. Guys like myself, Alex Carneiro, Bobby Ashhurst, Craig Capurso, Matt Christianer, and many others decided to forge ahead and not give a care about the select moronic bodybuilders talking shit.

Once we all got to the stage I noticed camaraderie like I observed in the Arnold Era. It was great to have a group of guys that supported each other and generally seemed to like each other. But slowly I started to see the division grow and the same thing happened very quickly, bashing, hating, and shit talking between competitors. Not by any of the above mentioned, but by many new guys joining the division. All which were "going to be pro" and "get sponsored".

Who is Staggs Fitness:   www.staggsfitness.com