What's In A "Fat Burner"

What's In A "Fat Burner" 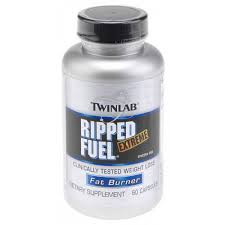 someone who has worked with a large number of people on body transformations, something that clients looking to lose body fat bring up straight away when they come to work with me is whether they should add a fat burner to their supplement regime.

Competitive bodybuilders and physique athletes also turn to fat burners to help shed those last few pounds of body fat before competition.  Diet is essential. If you’re not losing fat through diet and training then I would never suggest relying on a fat burner, however they can certainly help your progress, especially nearer the end of a cutting phase.

But what role does the common fat burner ingredients play in this process?  I am going to look at some of the most common ingredients that are used in off-the-shelf fat burners to give you a better understanding of their effect on the body.

Caffeine is one of the most common ingredients you will find in any fat burning supplement and with good reason, too.  Caffeine is a stimulant that not only improves alertness prior to workouts, it is an effective theromogenic, increasing caloric expenditure at rest and during workouts.  What’s more, it helps fat to be released from fat cells during activity by binding to the receptors of the fat cells and in doing so blocking the binding of Adenosine to these receptors.  Adenosine is a neurotransmitter that when bound to the receptors of fat cells prevents the release of fat from the cells.  So supplementing with caffeine can not only help improve the intensity of your workouts, especially when dieting, but also increase the amount of fat burned for energy during those workouts!

Known for its great antioxidant properties, which is also hugely beneficial when training intensely on a calorie deficit, green tea is also well known for its fat burning properties.  Catechins found in green tea have been shown to elevate levels of norepinephrine, a hormone that plays a major role in stimulating fat oxidation within the body.  As these elevated norepinephrine levels can be sustained, green tea extract has been shown to increase the body’s resting metabolic rate and increase fat oxidation.

Like caffeine, yohimbine, which is extracted from the bark of the Corynanthe yohimbine tree found in Southern Africa, is often used for its ability to increase fat release from the cells for oxidation.  It does so by affecting a different pathway than caffeine, hence the two are often combined.

Capsaicin can aid in the fat burning process without providing any stimulant effects.  It is found in chili and cayenne peppers and is often added for its ability to raise resting metabolic rate.

While the previous ingredients mentioned all play a role in the process of encouraging the release of fat from fat cells to be utilized for energy, L-carnitine is supplemented with for its role in the transportation of the released fatty acids from the blood stream into the mitochondria of the cells where it will be oxidized.  Several studies have shown fat oxidation is increased when supplementing with L-carnitine.

Like the other popular ingredient, phenylalanine, glucomannan is often included for appetite control.  When combined with water, this soluble fiber is able to expand to 50 times its original volume.  Taken before meals, this can promote the feeling of fullness and reduce appetite.

The above ingredients are just some of the most common you will find on the market among the hundreds of different compounds that are used in commercial fat burners today.  The amount and quality of research applied to different compounds will vary considerably, with some common ingredients like those in this article being heavily researched while many others are newer to the market and will have less research to back up their potential benefits.

As you can see from the description of the ingredients above, different compounds are added for their unique roles in the fat burning process.  Make sure you select the ingredients that are right for you – do you want to include stimulants?  Do you want to increase your resting metabolism? Are you looking to increase the ability of fat cells to release fatty acids for oxidation? Are you looking to improve fatty acid transportation once they have been released?  Do you want to include appetite suppressants?  You may want to create something that does all of these, in which case be sure to do your research on effective dosages as well as side-effects and the effect ingredients may produce when interacting with each other.