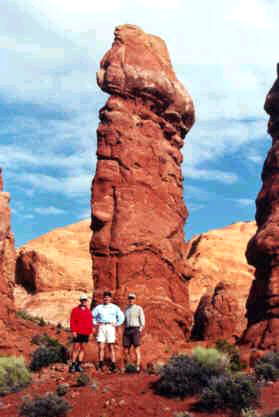 is responsible not only for optimal muscle mass, it is also vital for sexual drive and function.  For those of you who compete, chances are that you are already consuming several of the foods, minerals and herbs which are known to enhance testosterone production, but let’s review them here.  If you are having issues with a lagging libido, you might want to add a couple of substances that are not yet in your regimen.

ZINC:  This mineral has an essential role in testosterone production, and for this reason EVERY man (barring any medical contraindication) should make sure that he consumes enough zinc to maintain normal levels in the body.  The most readily absorbed form of zinc is found in animal protein, which is normally consumed in large quantities by people in the bodybuilding and fitness industries.  Another well known source of zinc is oysters, but these are not usually consumed on a regular basis.  You may wish to supplement your animal protein intake with zinc tablets or capsules to ensure optimal levels of zinc.

L-ARGININE:  This amino acid is also referred to as Nature’s Viagra due to its support of nitric oxide release during sexual arousal.  Perhaps you may have noticed a sexual surge when pumping iron at the gym and pounding your pre-workout matrix. You can thank l-arginine for that surge since it maximizes nitric oxide release and thus blood vessel dilation EVERYWHERE in the body.  That translates to firmer erections in the bedroom.  Great food sources of l-arginine include red meat, poultry, salmon, garlic, oatmeal, nuts, beans and dairy products.

MACA:  This herb has been used for centuries to increase sex drive and function.

MUIRA PAUMA:  Another herb known for enhancing the libido.

YOHIMBINE HCL:  I am not a huge fan of yohimbine due to its side effects (gastrointestinal upset, sudden blood pressure drops, nausea), but it can be effective in increasing blood flow to the genitals. Make sure to look for the pharmaceutical grade product if you choose to use this substance. Take 5 to 10 milligrams three times daily.

TRIBULUS:  This is also known as devil’s Weed, and has been used for many years as a natural libido booster.  Tribulus contains saponins which stimulate the production of luteinizing hormone in the pituitary gland, thus supporting the body’s production of testosterone.  However, the general consensus is that tribulus does not have an appreciable effect on boosting testosterone levels, but it still has a positive effect on libido.

ASPARAGUS:  Many of you are aware of the diuretic effect of this vegetable, but asparagus is also a rich source of vitamin E, which enhances sex hormone production.  Asparagus also triggers production of histamine which facilities orgasm.

AVOCADOS:  This fruit is not only rich in healthy fats, it is also loaded with folic acid, vitamin B6 and potassium, all of which support optimal androgen production.

BANANAS:  Bananas are rich in bromelain which enhances libido and may help with erectile dysfunction.

CELERY:  This vegetable increases androstenone and androstenol in a man’s sweat and also increases the patency (decreases risk of clogging) in the arteries.

CHOCOLATE:  I had to include this despite the fact that it is not the most contest friendly substance.  Chocolate is rich in arginine, which increases nitric oxide levels in the body and supports strong erections.  It also supports feelings of sexual desire by supporting dopamine secretion via a substance called phenylethylamine.