The Myth of "Shaping" the Quads

The Myth of "Shaping" the Quads

Ever since I began weight training (bodybuilding) in 1974 - at the age of 14 - I’ve heard countless “recommendations” by pseudo experts, associating specific exercises with certain changes in muscle shape.   Here are just a few:

1.  “preacher barbell curls will make your biceps fuller”
2.  “close grip bench presses will work the inner pecs, near the sternum”
3.  “calf raises performed with toes in work the outer calves”

All three of these are false.  There are others too, and I’d like to address them all, at some point.  But today, we’re going to focus on the theory that certain foot positions on the squat, leg press, or leg extensions - will effect the shape our quadriceps.... 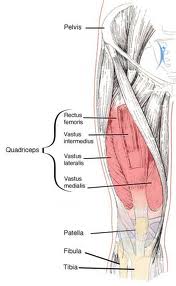 Anatomy of the Quadriceps

Now that we’ve gotten the technical jargon out of the way, the bottom line is that the quadriceps’ primary purpose is to extend (straighten) the knee.

The knee only does one thing.  It’s like a hinge - it bends and straightens.  Period.  It only bends and straightens one way.  And when it straightens, the entire quadriceps muscle participates in that movement.  The Rectus Femoris, which is the muscle right down the center of the quadriceps, can be worked by straightening the knee, and also by performing some form of leg raises.  But generally speaking, the muscles that are most prominent when we see muscular thighs, are the Vastus Lateralis (the outer portion of the quad) and the Vastus Medialis (the “tear drop” / inner portion of the quad) - and they are worked by way of knee extensions. 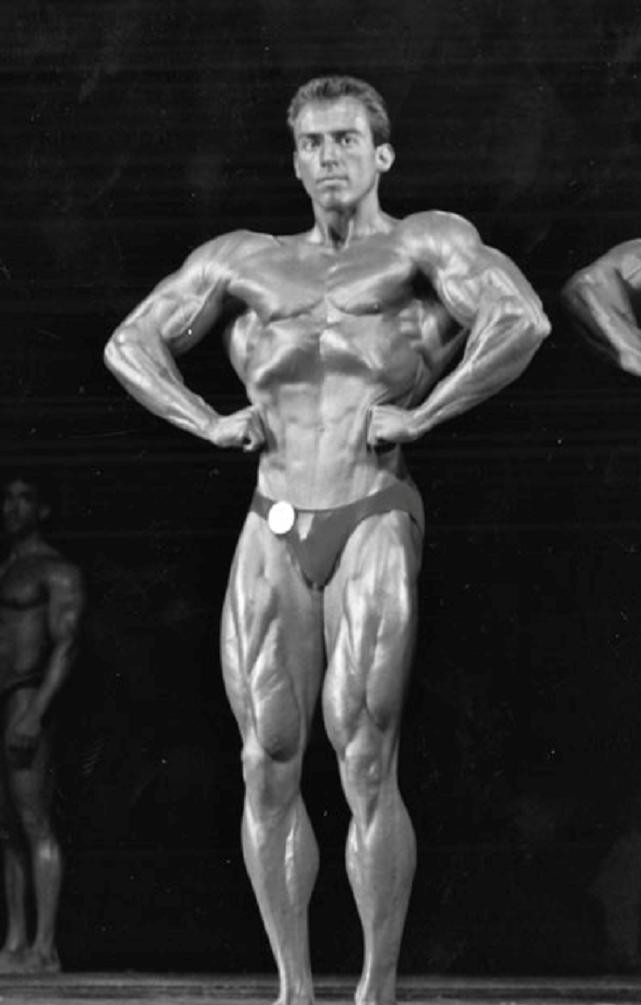 We’ve also been told that if we perform Leg Extensions with toes pointed out, or toes pointed in, that we’ll also somehow effect which portion of the quadriceps is emphasized.  Again, non-sense.

We’ve even been told that Front Squats work the quads differently (in terms of portion emphasized) than regular Squats.  And that Hack Squats will also alter where the quadriceps are stimulated.  Or that sitting sideways (actually, at a 3/4 angle) on a Leg Press, while doing single leg Leg Extensions, will emphasize the outer “sweep” of the quadriceps.  All untrue.  There is no evidence to support these claims.  In fact, what scientific evidence exists - in the form of EMG analysis - proves otherwise.  These claims aren’t even logical.

By changing one’s stance on a Squat - for example - from narrow to wide, one begins to recruit other muscles (like the adductors / inner thighs), but that does not effect the way the quadriceps are stimulated.  Of course, by recruiting other muscles, the quads may not have to work as hard, since the load is now being shared with other muscles.  But to the degree that the quad is being worked, it’s working the entire muscle group the same as it would have with a narrow stance.  One need only focus on the movement of the knee, while observing someone changing from wide stance to narrow stance, to see that the knee moves exactly the same in either version.

The difference between a Front Squat and a regular Squat is simply the position of the upper body.  In the Front Squat, one is force to be much more upright.  This places less emphasis on the lower back, however it also effects how low one can go without having their heals come up.  This limits the range of motion, somewhat - and also makes the exercise very uncomfortable.  There is no “natural” place to rest the bar, when it’s in front.  Balance is more difficult, and there is less involvement by the glutes, so one is not able to move as much weight.  But to the degree that the quads are working during a Front Squat, all portions of the quads are working exactly the same in any other exercise that causes one’s knees to bend and straighten.

One of the wildest claims I’ve heard (and seen) is that sitting semi-sideways (3/4 angle) on a Leg Press machine, and doing single leg Leg Presses from that angle - supposedly works the outer sweep of the quads.  Wow.  That’s like believing that if you face north, while doing squats, you’ll work one part of the quad - and if you face south, you’ll work a different part of the quad.  Is it not obvious (when observing someone doing “sideways single-leg Leg Presses”) that the knee is doing the exact same thing as it would during a regular Leg Press?

The primary “variation” we should strive for, when working our quads (or any muscle), is variations in the Resistance Curve.  These are the “increases” and “decreases” in resistance, throughout the range of motion.  For example, when we do Leg Extensions, we find that when the knees lock out (quads fully contracted), we still have an opposing resistance against our lower leg.  When we perform squats, we don’t.  Instead, we have a resistance that increases as we go lower into the squat position, and diminishes as we get to the top.  When we’re standing (during a squat) we have zero resistance against our lower legs - even though we’re in the same “knee straight” position that gave us considerable resistance during a Leg Extension.

These variations are good, in that they provide added stimulation to the muscle.  But they don’t change the shape of a muscle.  Except for pectorals and the traps (both being “fan shaped” muscle, with muscle fibers situated at various angles, and a joint that allows variation of movement), muscle shape cannot be altered.  Muscle size can certainly be altered.  But the basic shape of a muscle is determined by genetics.

Never mind trying to change the shape of your quads.  Just work them, regularly and with good intensity, and they’ll develop the way your genetics pre-determined.  Assuming you have no knee problems, do a variety of exercises, including Squats, Leg Presses, Hack Squats and Leg Extensions.  The entire quadriceps will work when doing all of these, but the differences in the angle at which the resistance crosses the lower leg lever, will positively effect the growth of your quads.