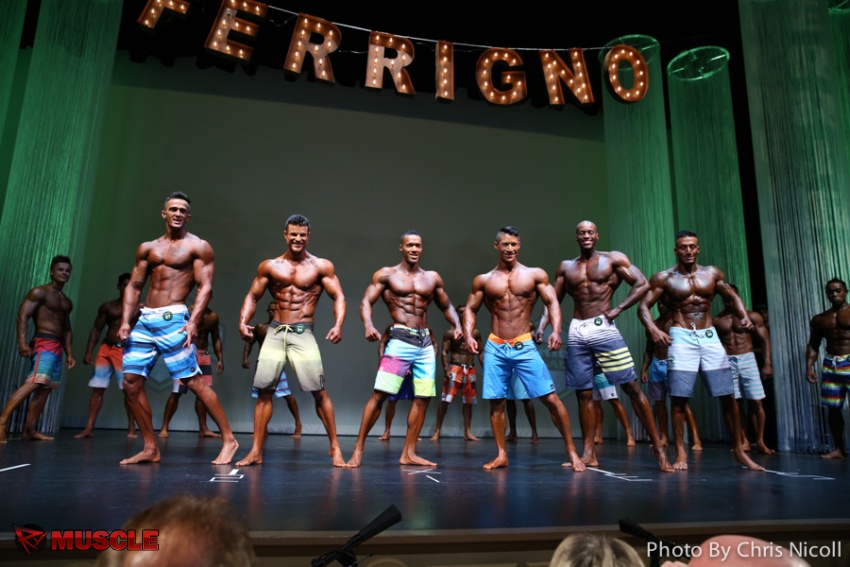 This weekend marked the first ever Ferrigno Legacy show in Santa Barbara, California. The festivities were put together in such a fashion as to make the show a true event rather than simply a bodybuilding show. Kudos to the Ferrigno crew as they succeeded at achieving this endeavor.  As for the IFBB Men’s Physique division, eighteen top quality Pro’s took to the stage. The level of competition across the board was solid. You can look at   any of the callouts and are sure to be impressed with the physiques you see.  When it was all said and done Andre Adams took home first place and locked up his spot on the 2015 Olympia stage. John Nguyen, James Hurst, Frank Griffin and Damir Delic took 2nd, 3rd 4th and 5th places respectively. Below is the official score card as well as a breakdown of the placings. Click on the name of your favorite pro to see their stage pictures from the Ferrigno Legacy show! 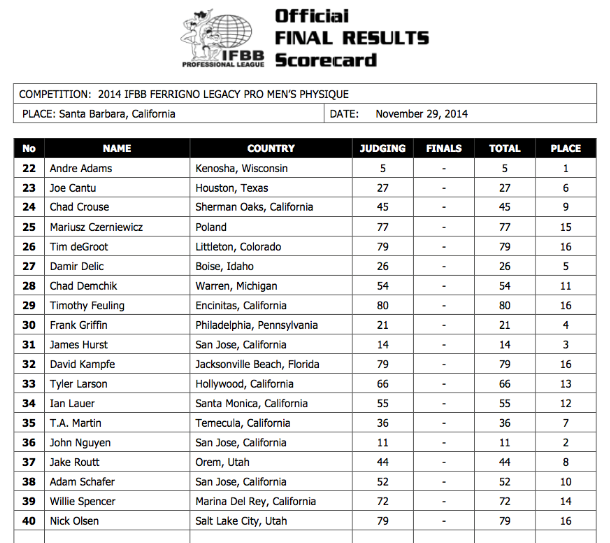