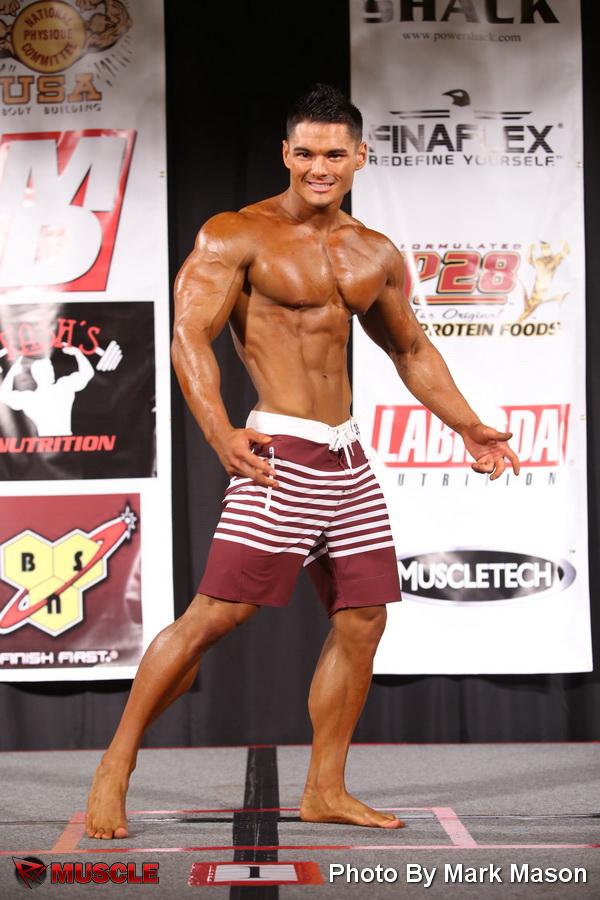 The Men’s Physique Division has stirred up tremendous interest and a decent amount of controversy within the IFBB and NPC, with a plethora of fans as well as a camp of haters. Perhaps the most exciting thing about the inception of this division was the door of opportunity which opened for men who were interested in competing on a bodybuilding stage but who did not want to sign up for the rigors of a competitive bodybuilder’s regimen.   As expected, the floodgates opened and the Men’s Physique Division became wildly popular, not just among competitors within the division, but also among its ever-growing fan base worldwide. Sadly, there have been naysayers who have popped up with scathing criticism of the division which echoes the main misconceptions about the division.

Here is a breakdown of the three main misconceptions which have been circulating since the division was established in 2011.

“The Men’s Physique Division should be renamed Men’s Bikini.”

Ever since the Men’s Physique Division (MPD) was established, insults began flying about how it had no business sharing the stage with Bodybuilding. The ideal Men’s Physique body is supposed to be distinctive from a bodybuilder’s body, balanced with a pronounced v-taper, and without the excessive muscularity that is so celebrated in Bodybuilding. The more abbreviated posing which characterizes the MPD, along with the specific poses, the beach god look, and the model type good looks which many competitors possess have prompted many bodybuilders and fans of old school bodybuilding to compare MPD to a beauty pageant.

I will admit that there have been rare instances in which I have seen MPD competitors exaggerate their posing in such a way that it becomes a bit comical and somewhat pageant-like, but such instances are isolated. I think it’s important to remember that MPD competitors train HARD, and the best in the industry are very well respected athletes. It is outrageously rude to make comparisons of these tremendous athletes to pageant contestants.

The regulation garment which was chosen for the MPD, the board short, was selected primarily to evoke the idea that the competitors were supposed to look like they had just walked off the beach, embodying the ideal buff beach body. However, this particular short style is cut in such a way that it always hides the quads and hams, so it is often impossible to tell whether a competitor has well developed legs or is hiding toothpick legs under all that fabric. My experience has been that I have seen quads on many MP competitors which rival the wheels of seasoned bodybuilders, blowing the idea that MP guys have stick legs completely out of the water.

Many MP guys lift heavy, and they certainly do train legs! Every once in a while you might see an MP guy with spindly legs, but the division certainly does not deserve to be picked on about leg development. It has in fact been suggested by many to implement a shorter cut onstage in order to reveal the quads and hams. Perhaps once that occurs, MP competitors will finally be able to dispel this rumor.

“All Men’s Physique guys are divas or gay.”

First of all, anyone who is narrow-minded enough to make a blanket assessment of the sexual orientation of an entire division of competitors simply because many of them are visually very appealing is completely ignorant. It seems like the haters who make such comments are mostly envious because the MP guys are the ones who usually turn heads and make the ladies swoon. As a matter of fact, many women, including me, were ecstatic when the MPD was established because we as spectators finally had our eye candy. Many MP competitors easily fit the expression “pretty boy” due to their Abercrombie & Fitch boyish good looks. Honestly, I don’t see how that is a bad thing!

Though I have observed a high maintenance and diva-esque attitude in some MP competitors, that type of attitude by no means pervades the division. Let’s face it: the world of competitive bodybuilding can sometimes spark up a picky, persnickety attitude in competitors regardless of gender or division, and that certainly includes competitive male bodybuilders, who can be the biggest pains in the ass because their regimens are so extreme.

It has been exciting to watch the MPD grow from the new kid on the block who got picked on, to now being a well-respected division which has enhanced the sport of competitive bodybuilding. Not only has the MPD brought in massive revenue for the NPC and IFBB, it has brought competitive bodybuilding to the mainstream with its more attainable body silhouette.