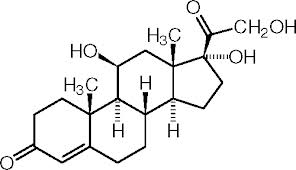 Cortisol has gotten a bad rap in recent years due to its nickname, the “stress hormone”.  What occurs during times of excessive emotional stress?  The adrenal glands respond by producing more cortisol in an effort to provide more energy and a higher pain threshold which is in keeping with the “fight-or-flight” response you may be familiar with.  Normally, cortisol levels are at their highest in the morning then decrease progressively throughout the day, but if your body is placed under excessive stress, it may produce abnormally high levels of cortisol which disrupt this natural pattern.  The resulting elevation in cortisol stimulates the metabolism of carbohydrates and fats and also triggers insulin release.  These activities can result in an increased appetite and uncomfortable hunger pains.  Blood glucose levels also rise as a result of excessive cortisol release, and if that glucose is not used for energy, it will be stored in the body’s fat reserves, particularly in the fat cells of the abdominal region.

However, while it is true that cortisol is responsible for responding to stressful situations, it is also essential for a number of important functions in the body, including regulation of blood pressure, glucose metabolism, immune system support, memory support and regulation of blood sugar.  Keeping cortisol release at a balanced and normal range is the key to optimizing its beneficial effects.

Cortisol is a potent catabolic agent and has been shown to cause significant loss of muscle mass in sedentary individuals.  When cortisol is released into the bloodstream, it binds to receptors on muscle cells and activates the ATP-dependent ubiquitin/proteasome pathway which causes the body to literally consume its own muscle tissue.  It’s a disturbing thought, but the upside is that weight training is effective in counteracting some of cortisol’s direct catabolic actions.  The strange paradox is that training both reduces cortisol’s direct catabolic effects and increases the body’s secretion of the substance.  Cortisol also slows the body’s anabolic drive by inhibiting the release of testosterone, human growth hormone and insulinlike growth factor 1.  Thankfully, weight training once again blocks this anti-anabolic action to some extent, but this block only occurs in the trained muscles.

A certain level of cortisol secretion is normal.  However, if you are interested in controlling excessive cortisol release, you may want to consider taking certain supplements.  The most prudent manner in which to do this is to get a blood test beforehand which will determine whether you actually have abnormally high cortisol levels. 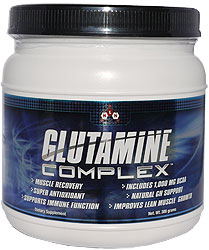 Athletes who supplement with L-glutamine are well aware of its mass building and reparative effects, but L-glutamine also halts cravings for simple carbohydrates, thus aiding in stabilizing blood sugar in individuals who have high cortisol levels.

Theanine:  Theanine is naturally found in green tea and has been studied for its calming effects on the nervous system.  It works by triggering dopamine and gamma aminobutyric acid (GABA) release, which serve to protect the hippocampus.

L-lysine and L-arginine:  Combination oral supplementation of these two amino acids have been proven to reduce anxiety and restore cortisol to basal levels.

Vitamin C:  When the body is placed under stress, free radicals are produced which cause the body to use up vitamin C as a protective mechanism for cells.  Since we are unable to produce our own vitamin C, it must be ingested regularly.  In fact, vitamin C intake should be increased during stressful times.

Zinc:  Stress-related cortisol surges will often trigger sugar cravings which, when indulged, may result in a zinc deficiency due the fact that sugar binds with zinc and is excreted.  However, individuals who supplement with zinc and refrain from sugar indulgences benefit from a protective effect which zinc confers.  One study in particular, "Zinc Acutely and Temporarily Inhibits Adrenal Cortisol Secretion in Humans" by J. Brandao-Neto et al in the January 1990 issue of the journal "Biological Trace Element Research",  administered zinc to some subjects and placebo to the control group.  The group which was given zinc supplementation showed an acute drop in cortisol levels compared with the control group.

Magnesium:  Studies by Dr. Hans Selye revealed that when the human body shifts from an acute “fight or flight” reaction to a chronic stress response, the high levels of cortisol and norepinephrine result in magnesium depletion.  When the body is deficient in magnesium, one becomes predisposed to panic attacks which lead to more stress and more depletion.  Studies have also shown that 80 percent of the American population is deficient in magnesium.  By supplementing with magnesium, one can boost serotonin production and provide protection against the harmful effects of excess cortisol.

Pregnenalone:  Pregnenalone is a precursor to progesterone and DHEA.  Since progesterone has a protective effect against the effects of estrogen and cortisol, and since DHEA causes cortisol levels to fall, pregnenalone can be an effective supplement in controlling cortisol excess.

Phosphatidylserine:  This phospholipid is an essential building block for cells which is extremely effective in reducing cortisol levels in response to physical stress.  Phosphatidylserine can also have a positive effect on one’s mood. 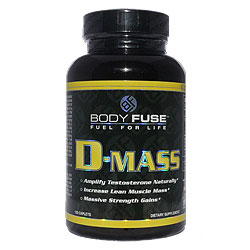 These substances can moderate the release of cortisol in response to exercise.

Carbohydrate drinks:  When a workout is lengthy, blood glucose levels fall, resulting in hypoglycemia which triggers the release of cortisol.  Consuming a carbohydrate beverage can prevent this drop in blood glucose while also maintaining insulin at a high level.

To Suppress, Or Not To Suppress…Cortisol, that is:

Many of you are aware that cortisol can simultaneously cause degradation of protein and impair protein synthesis.  However, there is a danger in taking supplements to inhibit cortisol release if your basal cortisol levels are already low.  When basal cortisol levels are below normal, metabolism is disrupted, blood sugar drops and glycogen stores are diminished.  Low cortisol levels also cause blood pressure to plummet along with a decrease in cardiac output.  Diminished cortisol also causes hyperactivity in the melanocytes which produce skin pigment, precipitating dark discoloration.

If that isn’t enough, low cortisol results in impaired immune response, weakness and dehydration.  When infection, excessive sweating or surgical trauma occur in such an environment, an adrenal crisis can occur.  If such a crisis is pronounced, a whole host of symptoms can manifest, a number of which are life threatening.  The most severe of these symptoms are loss of consciousness, low blood pressure, seizures, shock and coma.

As stated before, it is a good idea to check your cortisol levels before taking any type of supplement which is designed to control cortisol release.