Brian Shaw, Fort Lupton, Colorado. What is there to say about the biggest man to ever compete in strongman? At a massive 6' 8” tall and anywhere between 440-460lbs, Shaw is the most massive dominating force in the game today. Without any real visible holes in his game, he is a threat in every event whether it is cardio or static based. Brian is fresh off a redeeming victory at this years Worlds Strongest Man in China just a few weeks ago. After suffering a bicep injury at the 2012 Arnold Strongman Classic, he struggled to bring his best at last years worlds as well as this years Arnold, but Brian brought a freaky dominating performance in China and brings that energy into Las Vegas. Can anyone knock the big man off his victory ride from worlds? Remember, Brian has never won this contest so it would put a real defining point to proving he is the best in this country, period. 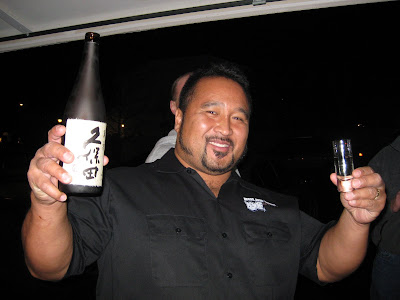 Grant Higa, Renton, Washington. Though Grant may not be the tallest competitor, what he lacks in height he more than makes up for in brute power and determination. The 5' 8" 295lb Hawaiian native has been in the game since the late 90's and has traveled the world, which gives him an advantage against some of the new guys who may be awestruck looking at the other giants in this contest. Though Grant has not competed in some time in strongman, his powerlifting exploits and ANIMAL cage appearances are legendary. With a USAPL raw total nearing 1,900lbs, Grants strength is diverse and will play well into this eight event contest.