It wasn’t that lo 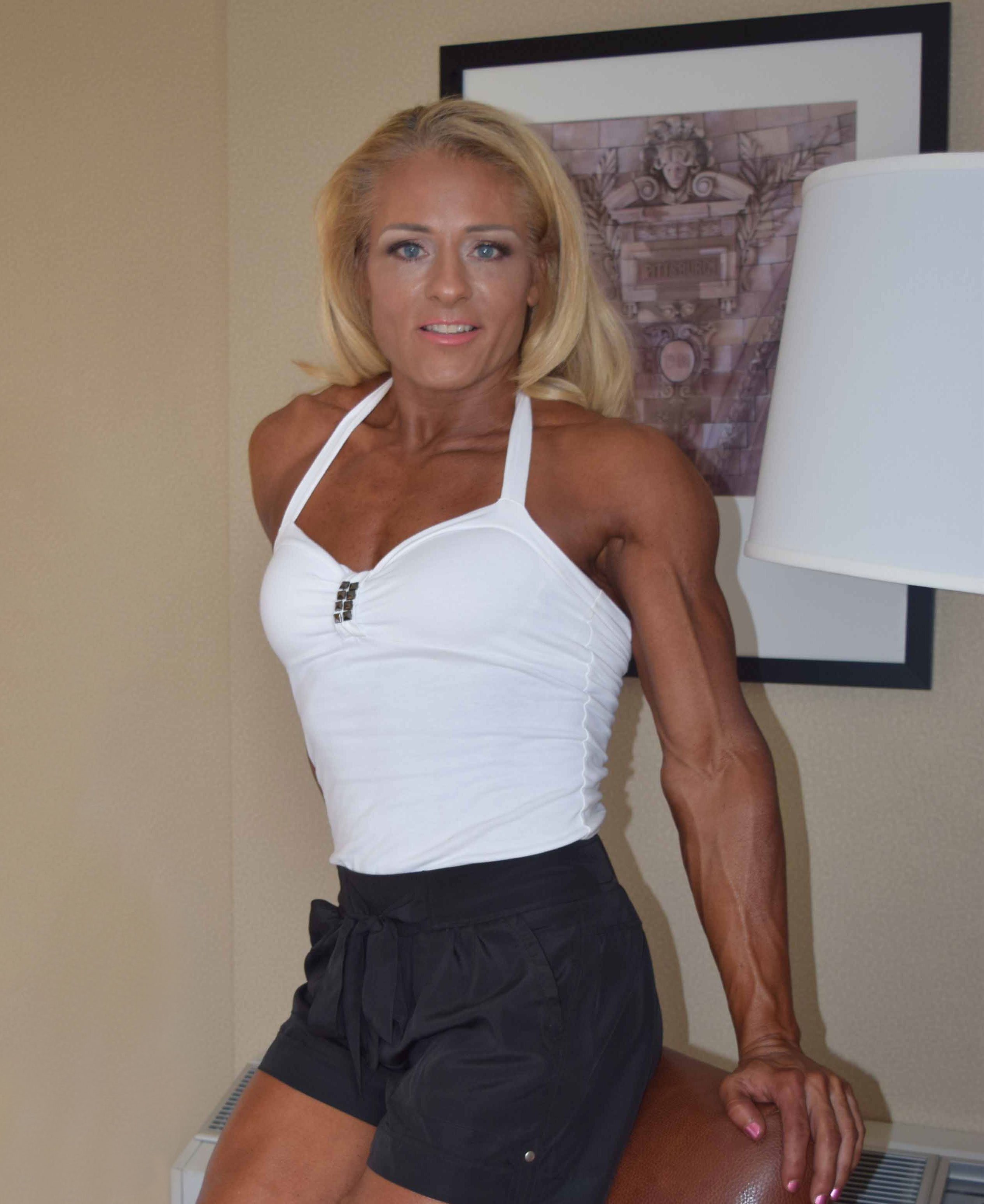 ng ago when I was presenting a nutrition and training seminar outside of Baltimore, Maryland, where I noticed a tall steely-eyed blonde woman in the back of the audience.

When my presentation ended she approached me to thank me for the information provided during my talk and I instantly recognized her potential as a competitor. She had great muscularity and rock-hard condition – teetering between the Female Bodybuilding and Women’s Physique criteria. It wasn’t long after that first brief meeting that the woman, whom I later learned was Donna McGinn, earned the title of IFBB Women’s Physique Pro.

Recently, I had an opportunity to ask Donna – a now newly-crowned pro – a few questions about her rise in the Women’s Physique division and to share a little information about her future plans.

RX: When and how did you get started competing?

DM: I started competing in March of 2013. After graduating from massage school, I decided I wanted to get in the best shape I possibly could. So I looked for a trainer to help guide me to do it the most efficient way possible. After trying a trainer at the local gym, I knew I wanted something more specific. I was starting to think about competing after seeing a few of my friends in competitions. That’s when one told me about his trainer, David Johnston, who works with competitors.

I figured it would take me about two years to get into competition shape, but only after a few months of heavy lifting and leaning out David said I was ready to do a March show. That was a total of seven months. I thought it was too soon but I ended up placing second at my first regional show. I was originally thinking of competing in Figure until I put on more muscle for Physique, but after leaning out a little, my body showed that I was already too muscular for Figure. So I was stoked when I finally talked my coach into letting me be his first Physique competitor.

RX: When did you earn pro status? 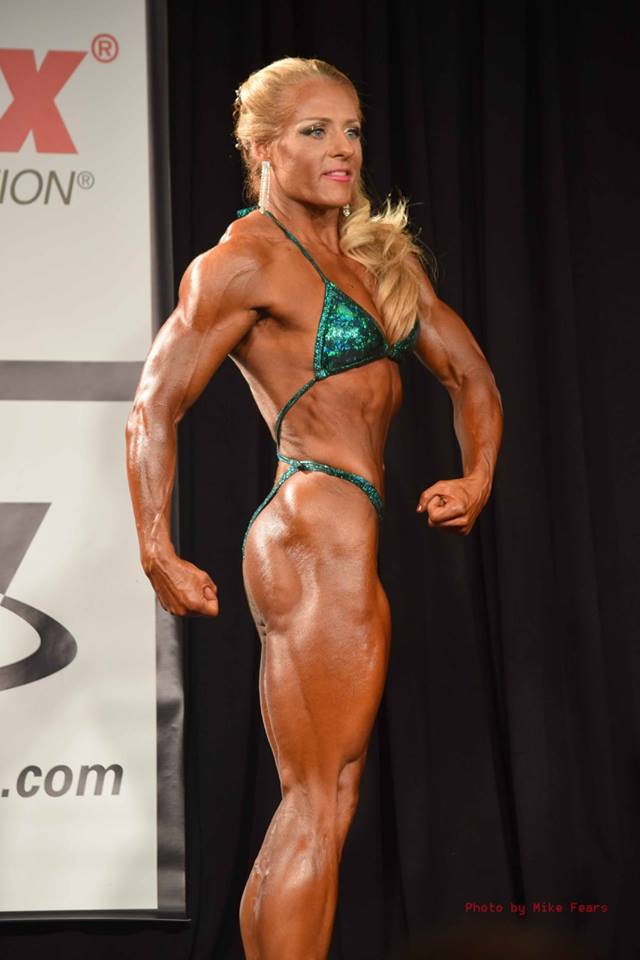 DM: I earned my Pro card in August 2014 at the North Americans. Women’s Physique Masters Class B.

RX: Was achieving pro status something you thought about when you started training?

DM: I hadn’t thought that far ahead. I just wanted to place top 5 and look like I belonged on that stage with the rest of the women. I didn’t seriously think about it until I went to a National show for my third competition and I placed third. I just needed to get second to get a Pro card. So, the mission was on!

RX: You've competed in both physique and bodybuilding. Which do you prefer and why?

RX: Of the current Women's Physique and bodybuilding stars whose physiques do you admire?

DM: I really like the fullness and detail of Juliana Malacarne’s body. She has a very feminine look but hits all the marks that a competitor needs to hit. The first time I saw her was on the poster for the 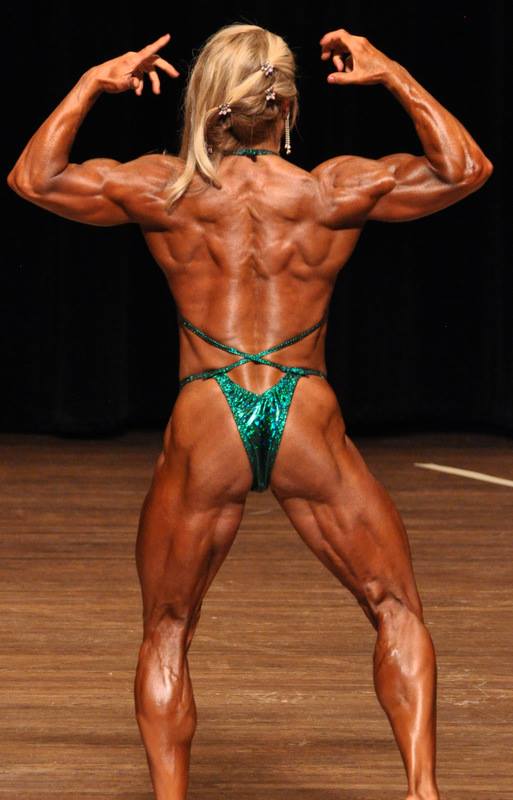 NY Pro last year and I knew at that moment she was a winner.

RX: You're now eligible to compete in a pro show; when do you think you'll compete again?

DM: I’ll compete again this year. I’m hoping to do a few shows in the spring and summer. I’ve already been working on trying to look and act like a Pro on stage since last season. This year I want to polish it more. I don’t think this sport has an off season. There are times where you can eat more and do less cardio but I don’t think you should ever slouch on lifting.

RX: What's one piece of advice you would give to other women who are considering competing?

DM: If you’re going to do it… take it seriously. Put all your effort into the training and dieting. But once you do that, make sure you learn how to pose right to show off all that work you just did. There’s nothing worse than seeing a well-made body walk on stage slouching and then not knowing how to hit the basic poses correctly. On the other hand, I’ve seen some not so great bodies win shows because they knew how to pose, had great posture and an air of confidence about them.

RX: How can fans contact you or learn more about you?

DM: You can find my webpage at DonnaMcGinn.com or on Facebook at https://www.facebook.com/DonnaMcGinnAthlete.