us is Rodney Razor. Congrats on a great showing earlier this year! What made you decide to compete in the Men’s Physique Division?
Thank you. As a trainer and gym manager I always wanted to compete to put all my fitness knowledge I had learned over the years to the test on my own body. I always got tons of compliments on my physique everywhere I went. I wanted to see where my physique ranking amongst the best out there though. At the time, which was at the beginning year, I had never even heard of Men’s Physique and after talking with friend and Pro Bodybuilder Ed Nunn and a few others, I set my mind on bodybuilding. In the back of my mind I didn’t really want to get that big but I thought that was the only way I could compete. Still hesitant, I continued to look online for other options. I stumbled across RX Muscle and notice there were guys on there in board shorts winning and the Category was call Men’s Physique. I was intrigued. Instantly I felt this was my calling. It was fairly new and after looking at pictures of the guys competing I felt I belonged. I then went on the search to find my first NPC show to compete in. Once I discovered there was a local competition called The GNC Classic, it was time to put the knowledge and hard work to the test.

How did you feel after pre-judging?
I was really excited because I had made first call outs. I couldn’t believe it because there were so many great physiques. I still remember being on stage with all of the those guys as the judges called numbers out. When they called my number I actually had to look down to make sure I had that number. After I got past the excitement I then became very nervous because there were only two Pro Cards given out in each class and couldn’t help but wonder if I would receive one of them.

How did you feel about the final results of the show?
Well, I place 7th. I felt a bit of disappointment because I obviously went there to win a Pro Card and didn’t do it, but I was happy that after all my hard work I showed up to Nationals and did pretty well despite not winning. I feel I made a few mistake on stage and I am still pretty hard on myself about them because it was stuff I had practiced and practiced months leading up to the show but I think my nerves got the best of me. I am very confident in my Pro Card pursuit in 2013. I am going to work on those mistakes and continue to improve my overall physique. I am so close, I can’t stop now know.

What are your thoughts on the Men's Physique Division and what it may be able to do for your career?
I love Men’s Physique. I’m a fan first and competitor second. I love to direction the division is going. This category is most relatable to everyday life. I like to inspire and motivate by being walking proof that working and eating healthy pays off. I love the fact that a fan can look on stage and see a physique that is achievable with simple hard work and dedication. I’m hoping doing Men’s Physique will help put me on a bigger platform and globalize my presence in fitness as I continue to spread knowledge and help people with health and nutrition. 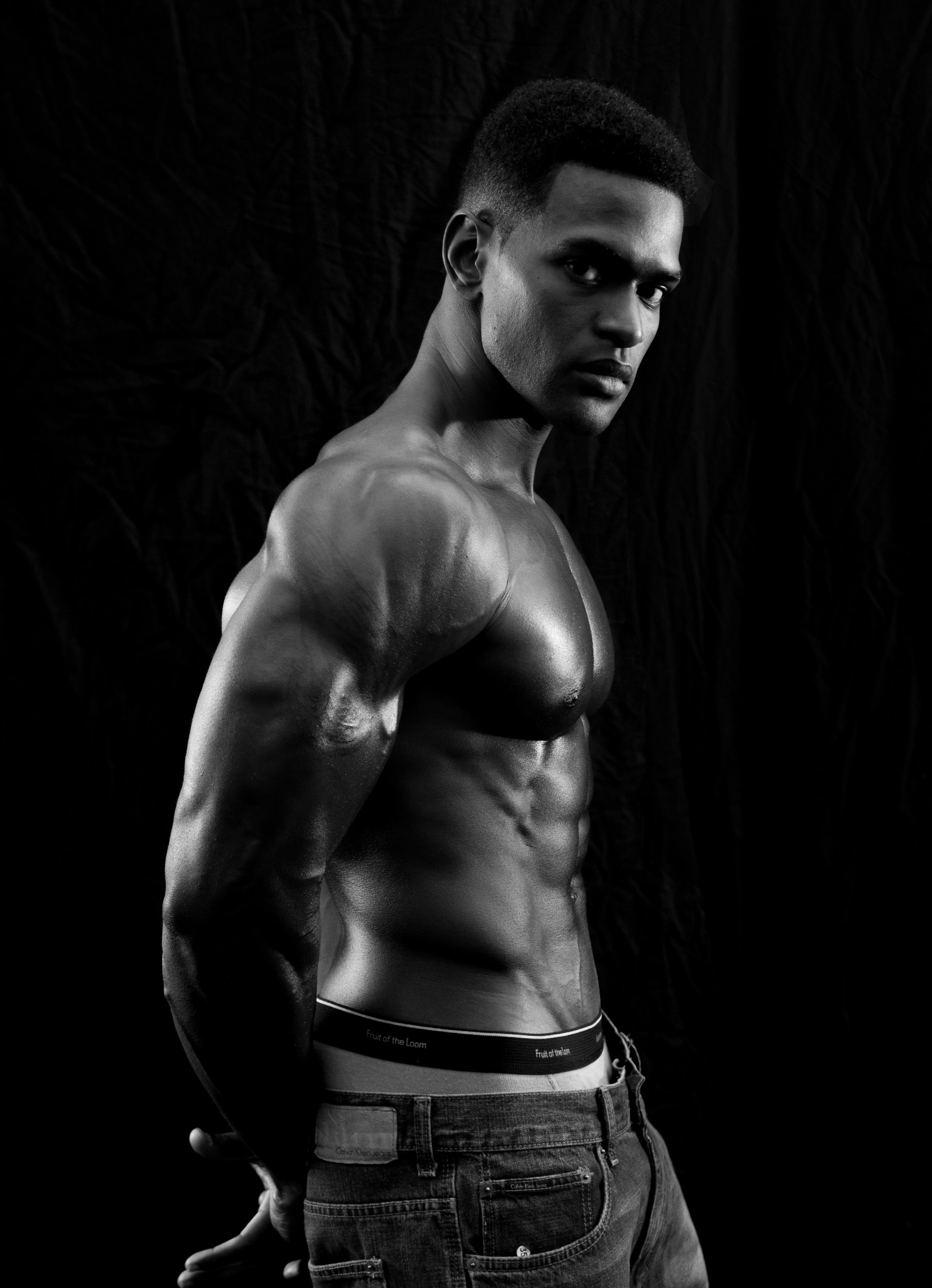 Current city: Just moved back to South Bend, IN 4 months ago after living close to Indianapolis in city called Anderson, IN for 2 ½

Years training: I have been hardcore weightlifting in the gym for almost seven years but stayed in pretty good shape thought out my early years by played multiple sport throughout high school and after.

Education: I am ACE Certified Personal Trainer and currently pursuing my MBA at Bethel College

Occupation: I am the Gym Manager and a personal trainer at Stay Fit 24 located in South Bend, IN.

Rep range: I typically do three or four sets of 8-12 reps per exercise but I try to keep it fresh and my muscles guessing by occasionally going higher into the 15 to 20 rep range. Every-once-in-awhile I also go lower with five to eight range. I rarely ever do max sets.

Typical daily eating plan:
I typically eat between 6 and 8 meals a day with a 2-3 hour gap in between each one. For my protein source those meal consist of either baked or grilled boneless chicken breast or fish. I enjoy extra lean ground beef and ground turkey. I also gotta have my protein shake bare minimum when I first wake up, pre and post workout. My carb sources consist of green veggies, sweet potatoes, oatmeal, brown rice, red potatoes, and occasionally 100 percent whole grain and whole wheat breads and pastas. I try to stay away from as much gluten as possible. I eat carbs earlier in the day and slowly taper them off and intake good fats as the day goes on. I try to only spike my insulin with high glycemic index item post work. I keep my water intake between a half to a full gallon of water daily and I allow myself one cheat meal a week.

What peaked your interest in training?
Throughout high school and into college I was really skinny. As I got older I didn’t like it. I started working out in the gym hardcore to simply put on some weight. I soon fell in love with training so much I couldn’t stay out of the gym. What started to intrigue me even more was helping others achieve their goals on the gym. It only made sense to make it a career. 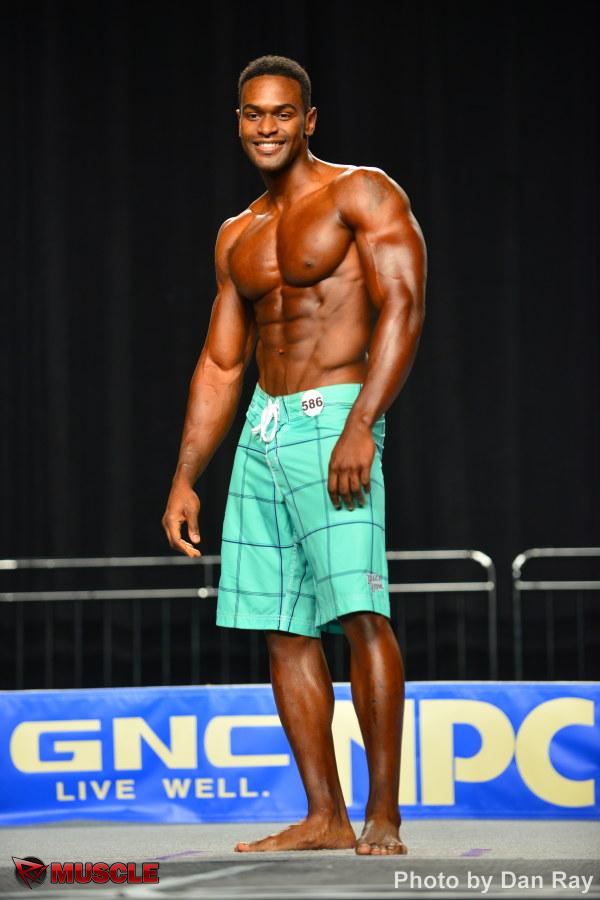 I played football, basketball, and ran track growing up. I played Semi-Pro Football last year for the Delaware County Revolution. I was the starting Safety.

Awards and/or accomplishments:
I am featured in this month’s issue (December 2012) of Men’s Health Magazine in Turkey

Next planned competition:
2013 I plan to compete in either the NPC Southern Indiana or the NPC Arnold Classic before trying again for a pro card at Jr. Nationals.

What keeps you on track towards reaching your goals?
My loving family and all of my wonderful clients and gym members. Believe it or not, even though I never want it to happen, but losing keeps me on track also. It means there are thing for me to work on. It motivated me to push even harder!

Interesting fact or something you would like our readers to know about you:
I used to manage the Stay Fit 24 in Anderson, IN. That is also were they film one of the couples from MTV’s Teen Mom. I was on TMZ and featured in InTouch Magazine for training Gary Shirley (the father of Lea and boyfriend of Amber), if you have seen him lately it’s obvious he didn’t still with it.