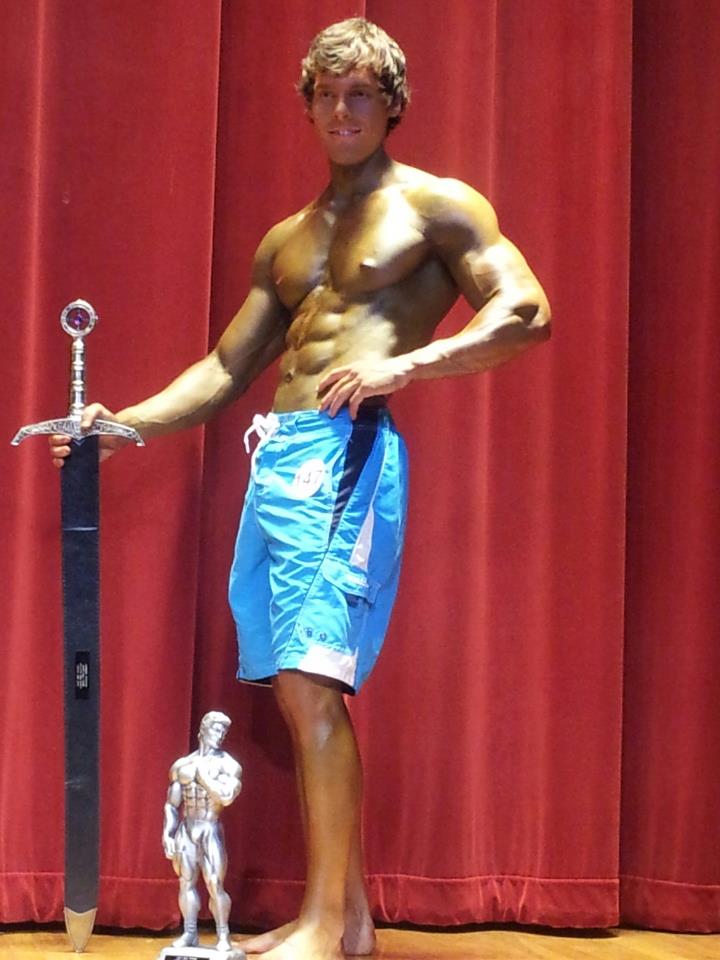 us today is Chris “Protein” Leach. Congrats on a great showing! What made you decide to compete in the Men’s Physique Division?
Before I got into Men’s Physique I had been weight lifting for a long time mainly just as a way to stay fit and healthy and to help me perform better in rugby, which I played throughout college. I eventually had to quit rugby due to class schedule conflicts, but I still had the drive to compete. About the time I was wondering what I should do with my athletic background and competitive drive, my girlfriend decided she wanted to compete in an NPC bikini competition. While checking out the bikini competitions online, we discovered the Men’s Physique category. It looked like a lot of fun to me, so I told her I would do the Men’s Physique division at the same show she did her bikini competition. I ended up doing two back to back shows, the NPC Texas State Naturals and the NPC Lackland Classic. I met a lot of great people at both of the shows, learned a ton, and really enjoyed competing!

Can you tell us a little about the show in which you most recently competed?
The most recent show I competed, the NPC Lackland Classic Bodybuilding and Physique show took place where I grew up, San Antonio Texas. It was great to have my family and friends there supporting me, and I was really happy that I was able to give them a really good show.

How did you feel after pre-judging?
I felt really good, I made first call outs and had gotten moved to the middle, which I had been told was usually a good thing. I am definitely not one to get overconfident though, so despite feeling good, I was still thinking of things I could improve and sticking closely to my show day diet plan. At my last show the judging was so close that my group had actually gotten re-judged at the night show, so I knew I had to stay on track to have the best shot at winning!

How did you feel about the final results of the show?
I won first place in my class and the overall title, so I could not have felt any better about the final results! I was really excited to have won and incredibly happy at how my hard work had paid off. All the other competitors looked great, so it felt incredible to have been placed first out of so many amazing physiques.

What are your thoughts on the Men's Physique Division and what it may be able to do for your career?  I really like the Men’s Physique division and it has already helped me further my fitness career. After doing the show I landed a fitness modeling contract with Naturally Fit Agency, and dieting down and getting experience at the shows definitely helped with that! I also had a ton of people ask me what I did to get lean and I found I really enjoyed helping them. So I decided to put all the research, dieting, and training I had done over the years to good use, and got my personal training certification and have started helping people achieve their goals. So, the Men’s Physique division has definitely done a lot to help me further my fitness career! 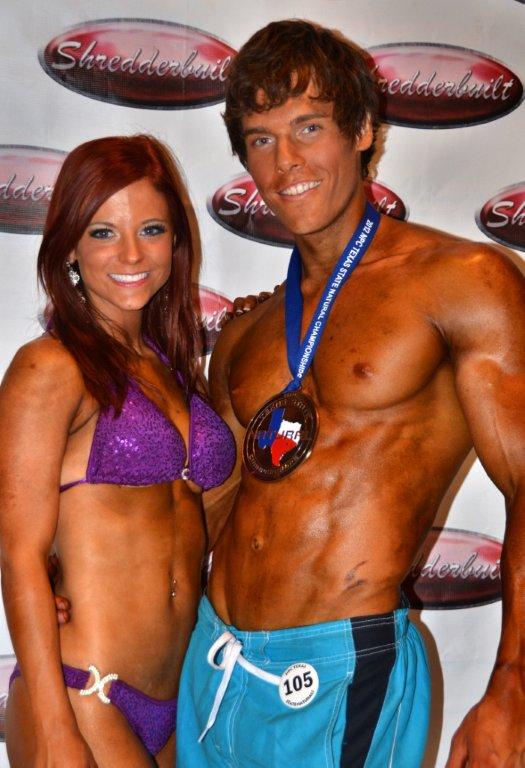 Number of sets: One more. 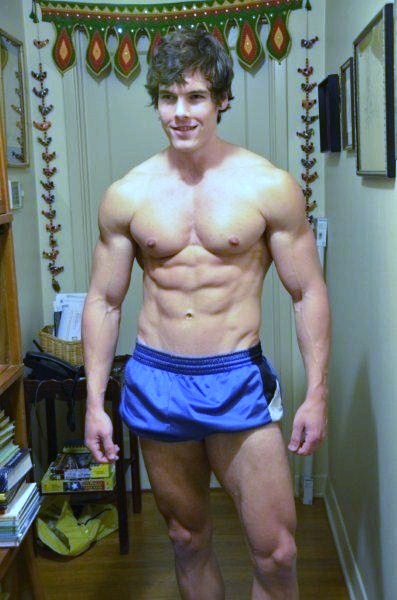 What peaked your interest in training? Originally I just wanted to look good for the girls. Now I do it for the love of doing it.

Who influences/influenced your training?
Layne Norton, Arnold Schwarzenegger, Zyzz, other strength, bodybuilding, and physique greats, judges, and myself!

What keeps you on track towards reaching your goals?
I get inspiration and motivation from looking at other great physiques of my heroes, fellow competitors, and myself. Knowing that I am going to be competing against other people that are working very hard also motivates me to work very hard and leave everything I have in the gym every time I go.

Interesting fact or something you would like our readers to know about you: Before fitness, I was pursuing a career as a professional gambler.