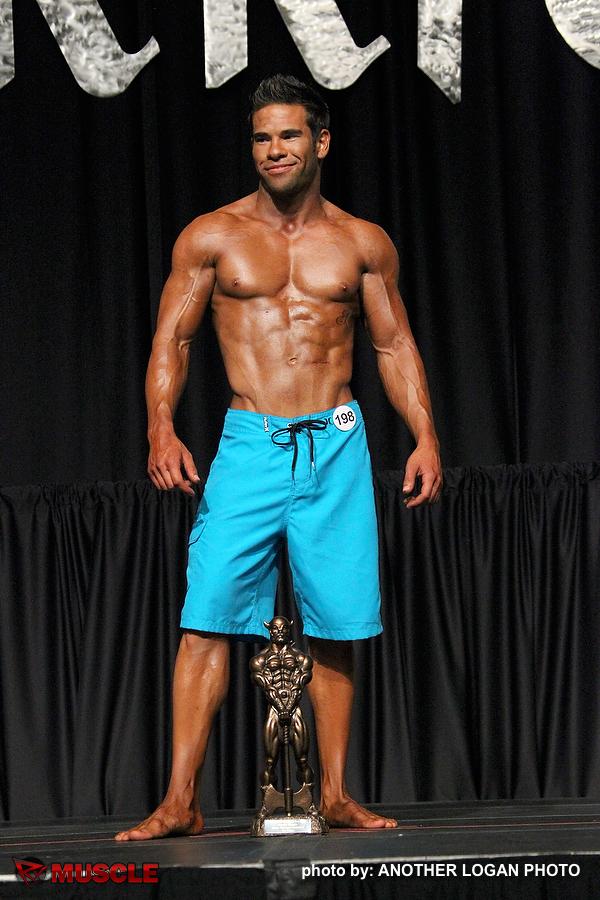 we are talking with MP Competitor Patrick Weitzel. What made you decide to compete in the Men’s Physique Division?
I’ve been training for 9 years now and wanted to be a bodybuilder growing up. I had always trained for bodybuilding but could never pack on as much size on my frame as I needed to in order to compete at the National level for Bodybuilding. I was walking around campus last year and bumped into my buddy Ryan Hediger. He told me about the new division and convinced me to compete with him. I had been told I had “The Look” many times previously so I thought I’d give it a shot. From that point on I knew it was the sport for me.

I know you were on stage recently.  Can you tell us a little about the show in which you just competed?
The 2012 Armbrust Pro Gym Warrior Classic was a kick! The Warrior is always a huge show and always brings some of the toughest competition of the season but I had no clue it would be this big this year. The show ended up being the largest NPC show in CO history with nearly 300 competing athletes. The competition was tough and the competitors definitely came dialed in with some killer physiques. I met some great guys and it was an awesome show!

How did you feel after pre-judging?
I felt great! I had 30 fellow competitors in my novice class and was stoked when I heard I made first callouts! Everyone at the show was congratulating me like I had already won immediately after I stepped off stage and had been told I was up for the overall multiple times. I didn’t want to make false hopes so I just tried not to think about the end result and just make the best of a great weekend with friends and family.

How did you feel about the final results of the show?
The feeling being on stage and presenting your hard earned work in front of such a huge supporting crowd was a feeling I will never forget. I was very pleased with the end results of the show and gave me motivation for my next showing at Nationals. In my huge novice class, I ended up winning and was up for the novice overall against (now pro Shawn Marshall). When I stood next to Shawn on stage, I thought no way. Then it was announced that the overall was decided by one point. I was honored to know that I have what it takes to compete at the next level with my boy Shawn because it was so close. I ended up taking second in my open Class A division with a group of great guys. Knowing everybody standing on stage with me worked just as hard to be up there over the past 12 weeks was an accomplishment in itself. Placing second in my open class has really helped motivate me and push myself to the next level to become the best I can be on stage at Nationals this year in Atlanta.

What are your thoughts on the Men's Physique Division and what it may be able to do for your career?
I love it! The division makes it possible for anybody to compete while living a healthy lifestyle. Guys like me have the chance to take the sport as far they want. It’s so new and growing so fast that I’m glad to be part of it while it’s still blowing up and gaining popularity. Being that it’s a marketable look there are endless opportunities that come along with the Men’s Physique division. 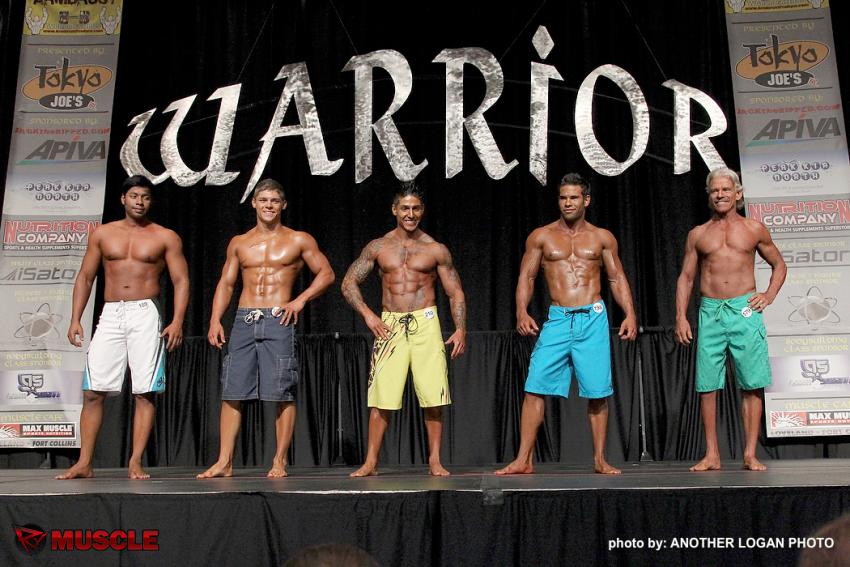 Favorite body part to train: Shoulders and Back

Rep range: 8-15 depending on what I’m training.

Typical workout duration:
About 1&1/2 hrs of high intensity training during the offseason, but when Pre-contest training starts, it runs longer from incorporating cardio into my workout.

Training split:
It often varies but I usually train 5 days a week on the offseason, and 6 days a week on for contest prep. I used to do the typical chest and tri’s, back and bi’s days, but I’ve recently switched up my training to isolate a single muscle group 6 days a week. This coming year I want to focus on building a bigger chest and shoulders so I will train these twice a week. 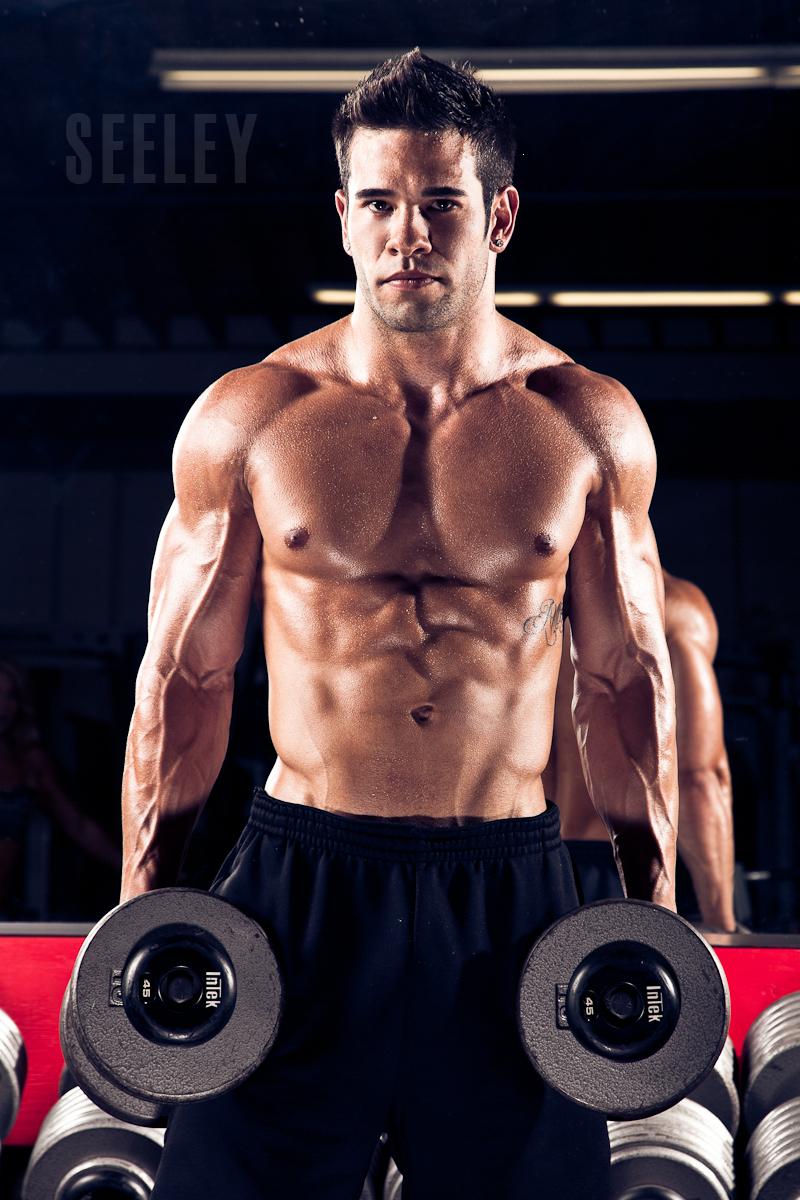 My nutrition regime consists of eating 7 meals a day. I’ve always had the fast metabolism growing up and it hasn’t slowed down even at age 25 so I have to continue to feed my body all day. Carb cycling, a variety of high protein and lots of greens are in my day to day eating plan.

Favorite supplement:
Optimum Nutrition’s Gold Standard Whey for fast muscle recovery and MusclePharm’s Assault pre workout to allow me to blast through my workout while keeping a consistent intensity throughout my workout.

What peaked your interest in training?
Growing up I was always a competitive wrestler and two time state qualifier for Colorado. Being that I wrestled for 12 years of my life, when I graduated I knew I had to find a new sport that I could compete in. Being that I had competed in individual sports my whole life, I knew I could be successful in Fitness. Freshman year of college is when I really decided to take my fitness goals to a new level. Most of my friends in college were out drinking while I was in the gym training by myself on a Friday night. I just stayed motivated and focused knowing I was making myself better every day and it would pay off someday in the near future.

Who influences/influenced your training?
First and foremost, my trainer Allen Watkins for taking me to the National level and helping me develop my physique to its full potential. Allen has taught me how to supply my body with the right nutrition to grow and stay lean. His years of experience in the industry have helped to guide my training in order to maximize my gains, and perfect my posing. Deric Yuan really influenced me starting out and helped me learn more about my body with the Warrior prep as well. My parents Tim and Barbara have been a huge influence on my accomplishments and have allowed me to make this possible. My little brother Luke has trained with me for 5 consistent years now and has pushed me beyond my limits in the gym.

Special interests:
Music and traveling- I’m lost every minute of the day without my iPod and music has always been a huge part of my life. Music has inspired me, motivated me and just makes me feel great. To this day if I had to choice between television and music, I’d take my iPod and run any day. The iPod is a must when it’s time to train in the gym. My parents got me hooked on travel when I was little and I still love it! Every chance I get to travel I jump at the chance.

What keeps you on track towards reaching your goals?
Being determined and staying motivated in pursuit of becoming an IFBB Pro in Men’s Physique. Fitness is definitely my passion. I love being in the state of mind in which you know exactly what you want, and are fully determined to do what it takes until you accomplish it. Always being active has been a lifestyle for me and I plan on continuing for many years to come. I was the skinny kid growing up but had the mentality to keep pushing towards my goals. A great pleasure in my life is doing what others said I couldn’t do, and not letting anyone take away my determination doing so. Whenever I feel down I read this quote “It is not intelligence itself that brings success, but also the drive to succeed, the commitment to work hard, and the courage to believe in yourself” –anonymous. 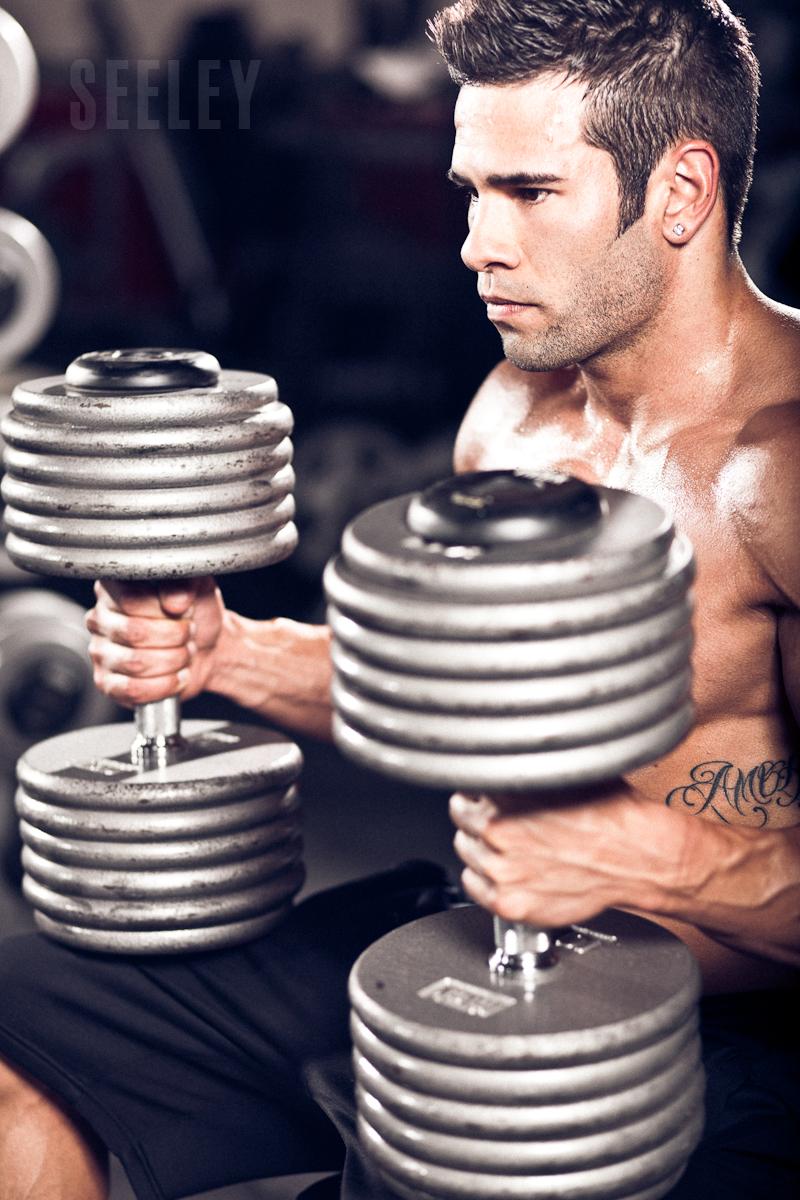 fact or something you would like our readers to know about you:

I grew up as a small town kid and worked underground at West Elk Coal Mine in Somerset, CO for 4 summers to help pay my way through college at Colorado State University.  I adopted a nickname during my coal mining days and the other fellow coal miners called me “Bow flex” underground. Believe it or not I’ve seen 40 yr old men scream at the top of their lungs like little girls when the roof of the mountain starts coming down. Scary, but pretty funny at the same time. I’ve been drawing and selling my work since high school and still continue to do so. Being that my passion is in the fitness industry, I’m a trainer as well.


One last thing, Special thanks to all who have been a part and have made this all possible. Addi, you have been there for me from the start and I look forward to us competing together for years to come. To all my 24 hr bro’s,  my brother Luke, and my parents Tim and Barbara. My coach Allen Watkins, Deric Yuan, Shawn Callahan, Derek Trombetta, and Brett Seeley for the awesome fitness photos!

Contact Information: I can be reached at [email protected] and I’d be happy to answer questions regarding fitness on facebook.