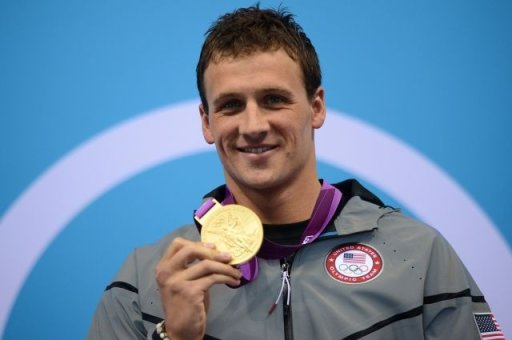 When not spending his time in the pool, US Olympic swimmer Ryan Lochte credits a technique called Strongman training with helping him bring home gold at this year's games.

Heralded as the man to beat, Lochte earned the first medal for the US in London but faltered in two performances, including losing a lead to France's Yannick Agnel in the 400-meter relay, costing the US team the gold. But his strongest events are forthcoming, and Lochte is definitely one to watch.

After a performance that he considered disappointing at the Beijing Games, Lochte decided to mix up his routine, his longtime strength coach Matt DeLancey told WebMD in an interview published Monday.

DeLancey had competed in Strongman competitions, and he and Lochte worked out a set of unconventional exercises -- up to three hours dragging 500-pound (227-kilo) boat chains, flipping 650-pound (273-kilo) tires, and tossing beer kegs over his head -- to help give the swimmer both his edge and enviable physique.

"Strongman training is not a workout that I would recommend for all swimmers," DeLancey says. "But Ryan is a guy who needs a whole lot of variety. He also likes to have a mental edge when he goes into a race, and he feels that this gives it to him."