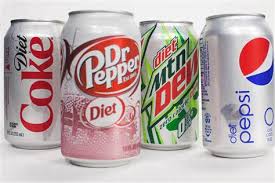 A recent study published in the journal Obesity sent shockwaves through the health and fitness community like nothing seen in recent months. The study, declaring that you could drink diet soda and lose weight, seemed counter-intuitive and left many personal trainers scratching their heads and scrambling to explain to clients why they had to kick the diet soda habit to be healthy.

If you are a personal trainer you know that diet soda drinkers will fight tooth and nail to retain their beloved beverage, sweetened with any one of several artificial sweeteners.

In the even that you missed it, the study demonstrated that diet soda drinkers lost 13 pounds versus 9 pounds lost by water drinkers. If you’ve done the math, that’s a 4 pound difference. And, to anyone looking to lose weight, every pound is important.

Some of the early reports did not fully explain the study, conducted by the University of Colorado’s Anschutz Health and Wellness Center, which resulted in a great deal of confusion among the general public. Like anything else, drawing conclusions based upon limited information can be dangerous. Upon careful review of the study however, I would agree that it’s possible for people who drinks diet soda to lose weight.

But, wait…before you crack open an ice cold diet soda, I think it’s important that you are aware of a few facts and limitations of this study which could impact its relevance to you:

Fact 1: When it comes to clinical trials, it’s important to look at the entire body of evidence and not at a single trial. The findings concerning non-nutritive sweetened beverages (e.g., diet soda) on weight loss is mixed to say the least. To complicate matters, there have only been a limited number of studies which have directly compared water to diet soda on weight loss in the same way that this recent study has done.

Fact 2: It should be noted that this study was conducted over a 12-week period. The researchers involved in the trial are actually in the process of conducting a 9-month follow-on study to determine if the weight loss seen in the first 12 weeks will be maintained long-term.

Fact 3: To qualify for enrollment in the study, all of the participants, including those in the water arm, consumed at least 3 diet beverages per week. This is an important distinction because someone should not start drinking diet soda because they believe it will lead to weight loss. This is a false conclusion as diet soda does not enhance the weight loss effort.

Fact 4: In addition, to giving up diet soda the participants in the water arm had to contend with cutting calories and exercising more. Both of these activities require a great deal of motivation and willpower, which may have led to lapses in dietary adherence. Given that calories were not counted during the study, it is unknown whether these individuals consumed calories beyond their recommended allotment. If they had this could account for the 4 pound difference seen between the two groups.

Fact 5: Data collected from food and beverage logs showed that hunger increased slightly in the water group while it declined slightly in the diet soda group. This speaks to the previous point regarding lapses in dietary adherence.

Fact 6: Individuals with underlying medical conditions were excluded from the trial. To this end, the findings may not be applicable to people with diabetes, cardiovascular disease, and uncontrolled hypertension just to name a few.

Fact 7: According to baseline BMI scores, participants in the study were obese but on average weighed 206 pounds. Again, the findings of this study could be limited for larger individuals who weigh more than 200 pounds.

Fact 8: The researchers normalized the baseline characteristics between the two groups by age, race, body mass index (BMI), weight and systolic and diastolic blood pressure to remove any bias from the study. Interestingly, they skewed the study by including ~80% women.

Again, the findings of this study are interesting however additional research needs to be done regarding diet soda and its long-term impact on weight loss. In the interim, I’ll stick with water.

Check out more of Regie Simmons' work at FitBodiez.com.