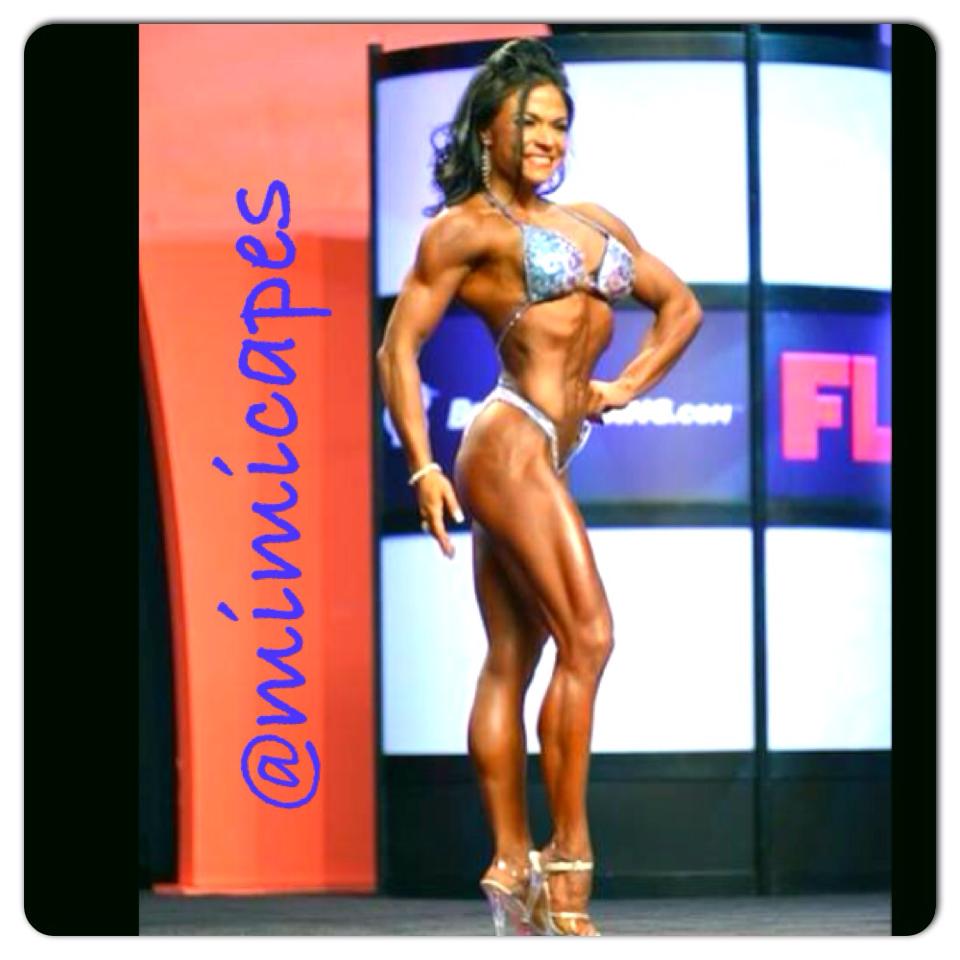 world class physique is an art form. And the great artist and the great athlete have one very important thread interwoven throughout their tapestry of success: efficiency. The great artist uses the same pencils and paint brushes, and makes the same straight lines on a canvas as you and I; only they do it more efficiently. They’re able to blend those lines and brush strokes together while creating a message and a masterpiece capable of speaking volumes, while our picture might only be worth a thousand words.

For the last eight years Myriam Capes has been using an IFBB stage as a canvas to display her art, and show the world brush stroke by brush stroke – or competition by competition – how it looks when an artist painstakingly crafts the most intricate of details into their masterpiece.

I recently had a chance to catch up with one of the true artists of the Fitness division, and you can read all of the details right here, in this RxGirl exclusive interview.

Q.) Let's start off with life before Fitness. Prior to getting involved in the sport did you have a background in athletics or gymnastics?

A.) Prior getting involved in fitness I was a gymnast from the age of four until I was sixteen. At the end of my career, I was competing at the National level.

Q.) You spent the majority of your formal years involved in gymnastics, which for those who don't know is very demanding at the highest level. Did the rigorous schedule from your days as a gymnast coupled with your history of competing at the highest level help make the transition to the stage natural for you?

A.) Yes. I think that has helped me a lot doing the transition between gymnastics and fitness. I was training back then almost 30 hours per week, in addition to school at a very young age. When I stopped and decided to start fitness I think I was just used to hard training and having a busy schedule so the transition was definitely natural for me!

Q.) At what point did weight training enter the equation for you?

A.) I started weight training at the age of seventeen after taking one year off from gymnastics. One day, a friend of mine told that I should come with him to the gym because I was becoming a very inactive person! I had no idea what to do in a gym, so I started doing stretching and doing some gymnastics moves; that’s what I knew best! Right then and there a trainer came up to me and told me about Fitness competitions! I got back home and was very excited about this and after talking with my parents I started prepping for my first show the day after and I’ve never stopped since!

Q.) As some may already be aware, you captured the overall title in your first competition. Did that success early on help solidify your desire to pursue a career in Figure?

A.) Definitely! Every success I had made me want to get more and more! I remembered telling mys 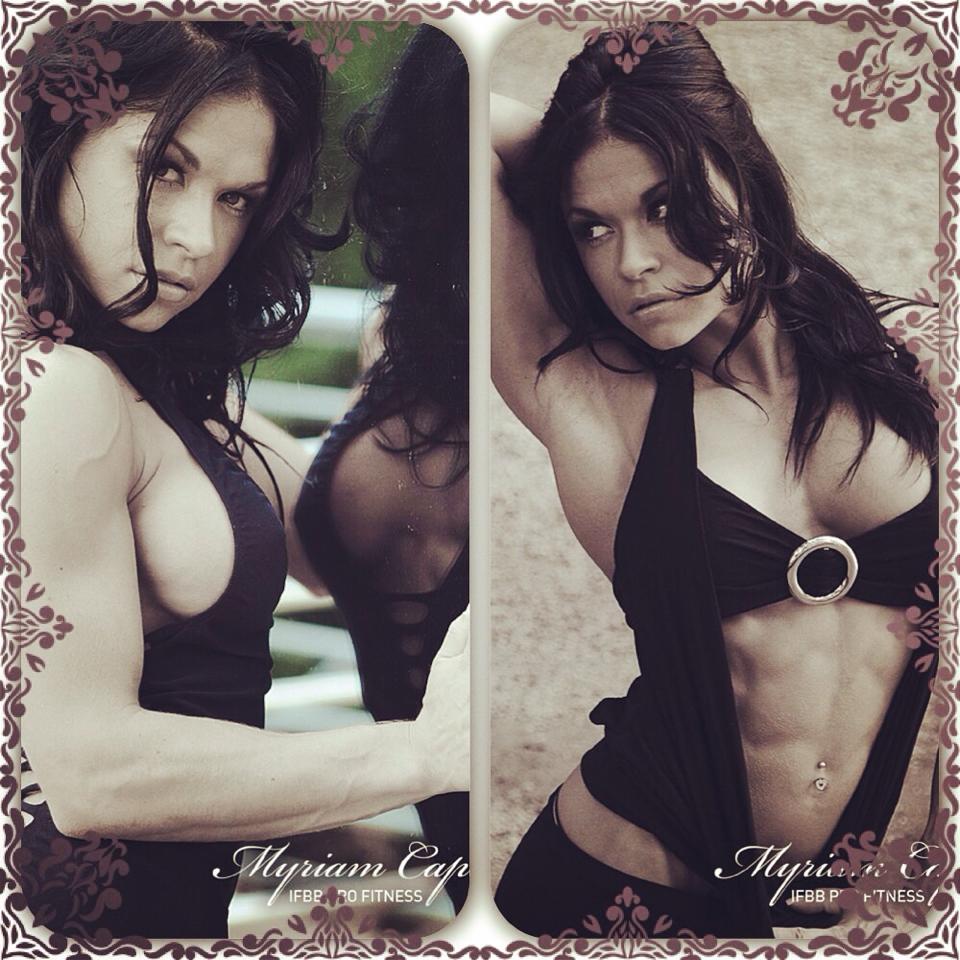 elf after winning my class (of 13 competitors) at my very first participation at the Fitness and Figure Championships, my focus turned to getting my Pro Card!

Q.) You managed to secure an Olympia qualification during your rookie season – a feat that the majority of athletes can't claim to have on their résumé. What was it like standing onstage at the Orleans Arena just a few months removed from being an amateur competitor?

A.) It was an awesome, insane and unbelievable feeling!!! I couldn't believe what was happening to me!! It went so fast!! It was A DREAM COME TRUE!!! This was one of the most memorable moments in my career!!

Q.) Although the 2007 Olympia may not have played out exactly the way you may have liked, by 2009 you had managed to make dramatic improvements to your physique and found yourself breaking into the top 6 on the Olympia stage for the first time in your career. What sort of changes did you make during those two years to accelerate your improvements so dramatically?

A.) I have worked really hard to refine my physique getting smaller and losing muscle. I’d say that within those two years I lost a good 10 pounds of muscle and went from competing at 118 pounds in 2007, to 108 pounds at the 2009 Olympia.

Q.) At this point in your career you've placed top 6 at the Olympia or Arnold Classic six times and solidified yourself as one of the most dominant competitors in the sport. If we ask you to look back over all of the great accomplishments you've had onstage over the years, which moment stands out to you as the most memorable?

Q.) As we speak you’re currently already in the early stages of your preparations for the Arnold Classic at the start of the 2015 contest season. Why such a short rest after a busy contest season? What changes or improvements are you trying to make as you begin to focus on next year?

A.) I think that there isn’t any time to waste if I want to maximize the changes I need to make on my physique. I’m working to put a little more muscle on to come in fuller and leaner onstage since the top competitors had a harder look this past Olympia.

Q.) You're one of the most successful and most popular athletes in the sport who's inspiring the next generation of rising stars with your performances. If you could offer them one piece of advice what would it be?

A.) Always believe in yo

urself, hold onto faith and always follow your passion with all your heart! When you lov 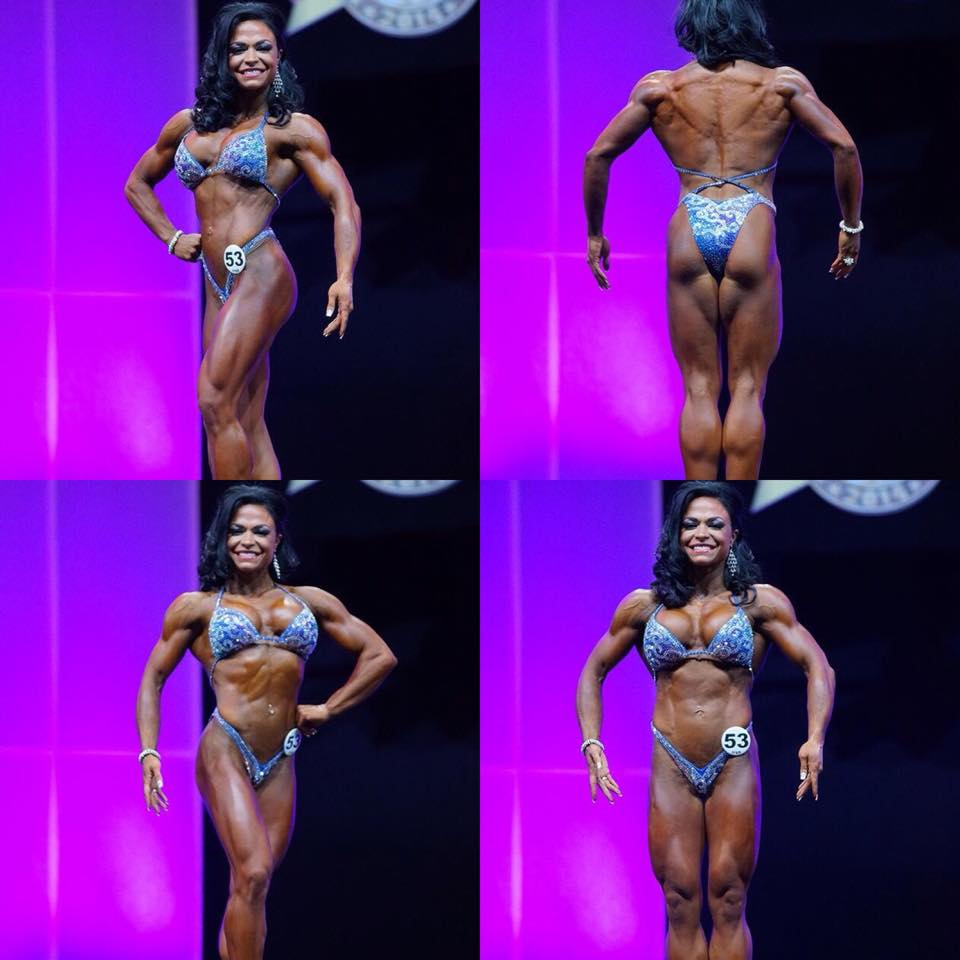 e what you do and do what you love, this is when big things come along your way!! It won't be always easy, but always keep your head up and look forward, and NEVER STOP BELIEVING!! ALL DREAMS CAN COME TRUE!!

Q.) Is there anyone you'd like to thank for helping you reach this point in your career?

A.) I want thank everyone that have been involved in my career since the very beginning, and who has helped me become who I'm today. I couldn't have accomplished all this without them.
All my sponsors ( HTN, Maggie Keaveny, Protan, Proform, Kiné-Santé Plus, Go Gourmet, Bronzage Tropic Plus) my trainers (Robert Joubert, Kim Oddo), my choreographers, especially Brigitte Korak and Julie Desgagné; my family and friends, who have always been supportive of me since my first show, my clients, and last but certainly not least my fans!

Q.) If someone would like to find out more about you or your services, or contact you for potential guest posing or sponsorship opportunities, what's the best way for them to reach you?

You can visit my website at www.myriamcapes.com or email me at [email protected]

Myriam is just like any other true artist: they’re never quite satisfied with the details. They tinker, toy, and make adjustments to add more detail and put a unique twist on their creation. As she competes, she’ll continue to craft her masterpiece and her legacy on an IFBB stage – one brush stroke at a time.