Well, where do I begin? It might help if I tell you a little about myself. I'm a NPC National Level Bodybuilder, Competitive Bencher, Bodybuilding/Figure Prep coach, and one-time Gym Owner. As previously stated when I'm not on stage I'm on the platform. I have been listed in Powerlifting USA's top 10 for the women's 148# class and 165# class for Bench Press in the World. 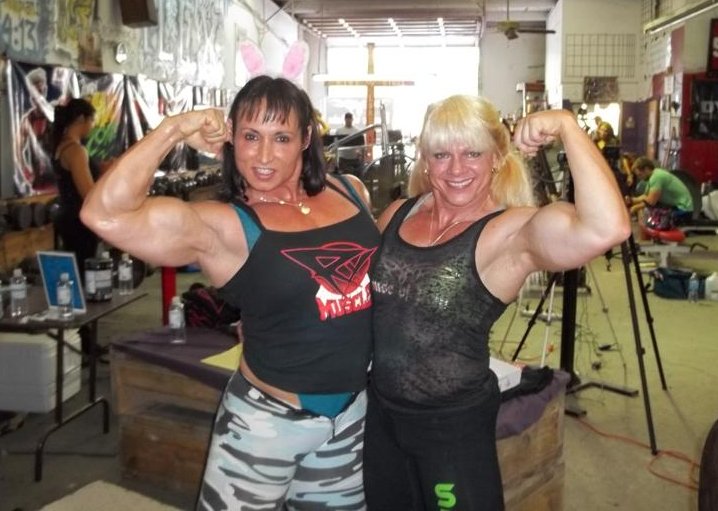 I have been a competitive NPC bodybuilder for over a decade. My first contest was a victory at the 1988 NPC Boulder B.B. championships (now the Northern Colorado). Yes, way back as far as 1988. Some of you weren't even born yet or maybe you were just babies, I suppose. My biggest victory in the sport was winning the 1998 NPC Southern States Heavyweights and overall. The Southern States is one of the Top NPC regional shows in the US. And after winning the Southern States, I went on to post my best placing ever in an International show with a 3rd place in the heavyweights at the 98' IFBB North American. And as soon as I got off the stage I looked at my husband and said, "I'm done!" He thought yes the show's done, and I explained to him "I had enough, I was not competing on stage anymore...I'm done!" Least to say, it was a shocker for him.

I decided to come out of my 10-year retirement back in 2008. I competed as a light heavy in the 35+ at the NPC Masters Nationals and placed 4th in a VERY tough light-heavyweight class. And then in 2009 I did, the same - 4th place again in another VERY tough light-heavy class. To place Top 5 in a NPC National show is VERY GOOD in this industry! So, I'm okay with two 4th places. Yeah right. No I'm not!

I had some personal things happen in my life so I took 2010 off to get bigger, change the physique I had, and relocate out of the mountains into civilization. While prepping for this year's 2011 NPC Masters Nationals, my husband and Dave Palumbo talked me into doing the Bros vs Pros 6: Bench for Reps held at MetroFlex gym in Arlington, Texas. And since I live in Texas, now, it was only a short 5-hour drive and well worth it. My personal inaugural Rx Muscle's "Bros vs. Pros" witnessed me and IFBB pro Tazzie 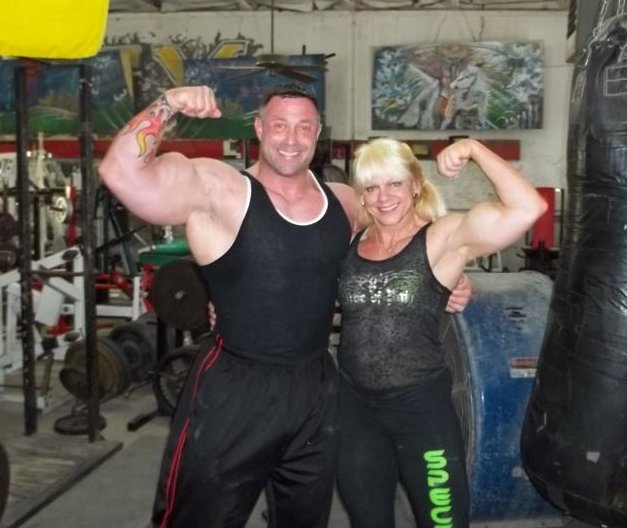 Colmb going after the $1,000 first prize money. "Battle of the Bench" rules were simple and well this is the way you should bench press; full range, full lockout, reps; no partials counted. Now, mind you, no excuses but my story goes like this. . . I had been dieting for several weeks and only weighed in at 156 to Tazzie's 190. And I only did 3 flat bench press workouts prior to the challenge. When I'm prepping for a bodybuilding show I don't do any flat bench presses.

Well, Tazzie did, ultimately, defeat me as I cranked out 135lb for 31 reps to Tazzie's 35 reps. Only 3 more than me (see bench video)! Tazzie; it's on. I'm laying it out right now; I will beat you next time! Then if that wasn't enough I got talked into doing the curls-for-reps contest as well. The bar was set at 95 pounds and who was lucky enough to go first? Me! I hate going first in contests like these. When you're doing reps, it's always best to go last or, at least, second to last. Check out the video and count my reps! (See video) 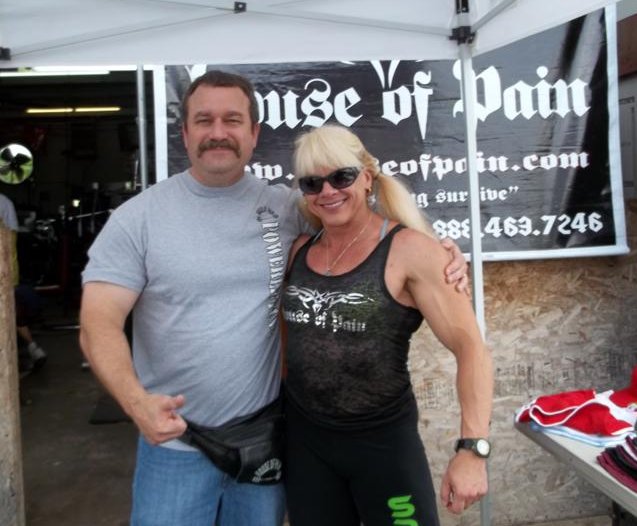 I had a great time and this was my first time at the world renowned MetroFlex Gym. I was hoping to see Ronnie Coleman or Branch Warren but they weren't around. Bummer! And it was very nice to see Dave and have him look at me since he's also my prep coach. I got some great gifts from the title sponsor: Dymatize. And I also got to see my old friend and House of Pain head man, Rick Brewer. I was HOP's "first" booth girl at the 1999 Arnold Classic. Tee shirts, supplements and money are all up for grabs in every Bros vs. Pros event; just for moving some weight. So, make sure you're there to try and walk-the-walk instead of talking crap about what you think you can do in the gym. If I can make the next Bros vs. Pros I'll be there, for sure; and; make no mistake, I'll be 100% prepared for the next BENCH PRESS for Reps. If you have a chance to catch one live, this is one RX Muscle event you don't want to miss!