Arnold Strongman Speculation - It's All We've Got!

Arnold Strongman Speculation - It's All We've Got! 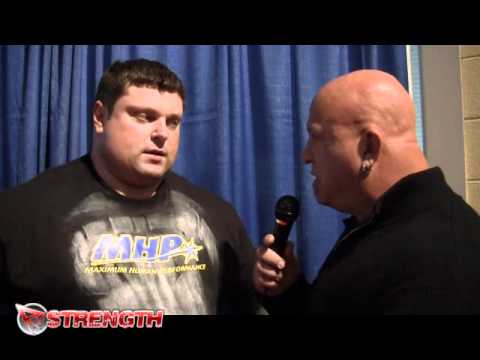 Another shake up at the Arnold Strongman Classic? This year has seen it's share of confirmed and the denied, unconfirmed and then confirmed reports of who is in, and who is bowing out of the big show in Columbus.

First, the initial ten invitees were announced and within a few weeks... Zydrunas Savickas, the 6 times champion of the Arnold Strongman Classic says he will sit this one out. Some saw it as a signal maybe the strongest man to ever walk the face of the earth is easing his way out the door of retirement? Still others saw it as a signal that maybe, just maybe, the Arnold has become too heavy, too cumbersome and leaving the chance for injury to these elite athletes wide open. Last year saw Brian Shaw, the then defending champion rupture a bicep in the opening event which caused him to falter down the placings throughout the weekend.

Next saw Mike Jenkins, the 2012 ASC champion bow out due to a knee injury which needed surgical intervention. He consulted with the Todd's, his orthopaedic surgeon and of course his lovely wife before coming to the conclusion that you can not come into the Arnold Classic at 80 or 90% and expect to come out healthy.

We then were told, by very very reliable sources that the 2011 ASC and World’s Strongest Man champion was sitting this event out as well. No reason was given, but deductive reasoning pointed to the fact that Brian Shaw suffered an injury at this event last year, assumedly had not fully recovered from it at the 2012 World's Strongest Man and was unwilling to take a chance on re-injuring his bicep at this massive event. Well, the following day after reporting this, Brian sent me a text message and asked me where I got my information? Not only was I wrong, but he never told anyone that he was out. He further explained: “I am overcoming nerve damage suffered with my original injury and I will regain MY Arnold title. I have not told one person I am pulling out, because I am NOT!” Apologies to Brian and the misinformation were exchanged and all is good in the hood.

So we saw the shuffle of athletes begin. Outright world record deadlift holder Benedict Magnusson was invited and accepted to make the trip from his native Iceland to the U.S. It was then decided that the winner of the All American Strongman Challenge at the L.A. Fit Expo would be given spot number 10 AND the runner up would be given the free ride to Columbus to serve as an alternate in case of injury or an unexpected turn of events. American Jerry Pritchett handily won the event and picked up the last invitation. Mark Felix the Grenadian cum Brit was then named as the alternate.

Rumor now has it that third place finisher American Robert Oberst has now been named as the alternate and mark Felix is in the show. So where does that leave us athlete wise? There are only 10 spots available, so who dropped out? The way I see it, since no one has officially announced the updated list of athletes this is the line up... minus someone, but show that someone is... is entirely unknown.

So as we wait for more information to become available, as we wait for an official word as to who the competitors will be in just more than three weeks, we can only sit and wonder... if the Arnold Strongman Classic Webpage will ever be updated?