Jerry Pritchett Bests the Pro's in LA, going to Arnold

Jerry Pritchett Bests the Pro's in LA, going to Arnold

Jerry Pritchett who just a few years ago, missed winning his Pro Card at the North American Strongman Nationals with the bobble of a stone... makes history by being the first Amateur to qualify for the World's Strongest Man in 2012, has now bested 10 Pro's and another Amateur to win the All-American Strongman event at the L.A. Fit Expo.

Jerry has made tremendous improvements and brought an unbeatable package to Los Angeles. I spoke with Jerry for a few minutes this evening and he is excited to be on the Rx Power Hour next week. Look for his interview with The Big Sexy, Lou Uridel in the next few days.

We will have another guest besides Jerry in Joe Morrow. Joe who? Only one of a few men in history to total 10x his bodyweight in a sanctioned, raw, drug tested powerlifting event. Joe last year also stepped on the dais and competed as a bodybuilder. He wants to call out IFBB Pro and powerlifting world record holder Stan Efferding, who many consider the strongest bodybuilder on the planet to a Mano A Mano at one of the bigger expo's. 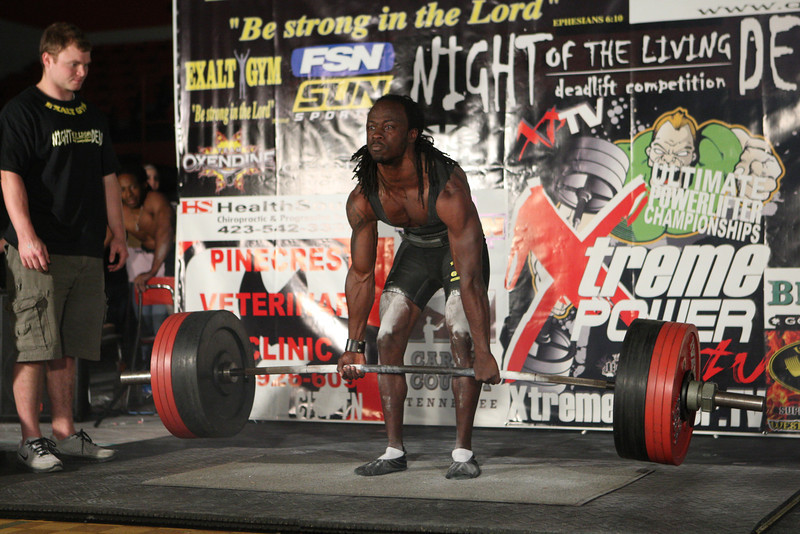