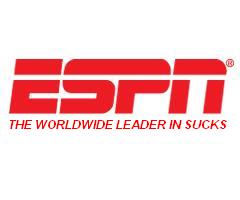 You gotta love the programming over at ESPN this time of year. Well, if you are a basketball fan, it's just fine. If you could give a flying fuck and would rather stick forks in your eyes.... then the challenge is there. ESPN execs decided to move the 2011 Worlds Strongest Man coverage, not once, but twice. Those of us in the U.S. who had their DVR's set for this past Tuesdays announced coverage were sorely disappointed to instead see Appalatian State Tech A&M take on William Jefferson Technical Parochial High School JV squad in yet, another round ball classic!

So, ESPN has now announced that their coverage of the 2011 Worlds Strongest Man will air (supposedly) in it's entirety starting at 6:00pm - Midnight EST on ESPN2. ESPN2 coverage of the finals from 2010 will preceed it at 5:00pm and additional repeat coverage will take place throughout the week on ESPN itself.

Do you think they would move coverage of the Bass fisherman finals from Baton Rouge in 2011? No. But one of the most wildly popular non-mainstream sports on the planet gets bumped with narry a concern. Thanks ESPN.

Spoiler alert: The largest man competing in the U.S. in Strongman competition wins it this year. Congrats to Brian Shaw.