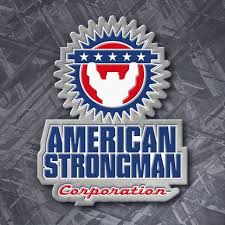 Hot Springs, Arkansas – With less then 3 weeks to go the ASM 2011 competitor list is growing.

The question on everyone’s mind is will there be a new America’s Strongest Man in 2011? The confirmed list has 15 athletes so far and they will be competing for the largest prize package in ASC history. “The total prize value is $25,000K which includes $15K in cash awards,” said ASC President Dione Wessels, “Athletes will have meals and hotel rooms paid for and the winners will receive prize money payments at the show.”

So far the athlete list includes Brad Dunn, David Hansen, Andrew Palmer, Van Hatfield, Vincent Urbank, Travis Ortmayer, Carl Foemmel, Ryan Bakke, Ryan Bracewell, Michael Burke, Erik Peterson, Justin Warren, Scott Weech, John Conner, David Ostlund, Josh Thigpen, Kevin Nee, and Matt Dawson. “Our goal is to have 20 plus athletes at ASM this year and I am excited to see how this year’s rookies, Burke and Urbank perform,” remarked ASC VP Mike Johnston, “I know a few of the veterans have been injured, but with a prize package like this and the amazing fanfare that we received in Hot Springs last year, my only question is, why wouldn’t you come?”