Most people familiar with the Bros vs Pros format are used to seeing Pro athletes that represent overwhelming size, mass and general bulkitude. Think Ben White, Derek Poundstone, Andy Haman, Tazzie Colomb, Colette Nelson... Well, this time things are different! The Male and Female Pro's for the October 20th event on the stage at the Phoenix Europa bring a completely different look to the Pro side of things.

First though, the events have changed somewhat too. Yes, the girls are used to working harder than the guys. Often they contest 2 or 3 events in the same day to determine an overall winner. That holds true as they will contest two grueling events this time around.... but so will the guys!

We will start the late morning off by weighing the girls in. Is there an advantage to the Powerlifting and strength girls who tend to come into these events bigger than their counterparts from the fitness and bodybuilding world? They will first contest a squat based on 100% of their bodyweight for maximum reps. Yes the ever present trash can for those who hurl their breakfast will be on the standby! We will give them about an hour or so to recover, they will then have the daunting task of max reps in the Deadlift based again on 100% bodyweight.

Well this time the boys get to see what its like to do more than one event. The boys, er… men, will do the same 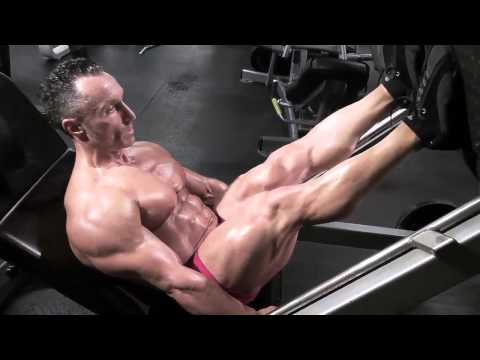 events as the women but at a gas guzzling 315lbs for reps! Can Mark Lerch who has won the past several Bros vs Pros events (even taking out the almighty Derek Poundstone in his own gym) pass the two event test? He thinks so and is traveling all the way out to Phoenix from the docks of Long Island to put his title on the line!

But which Pro will Mark be competing against? We have been trying to sign this guy for quite some time but he is so popular on the west coast he always had a commitment to either MC, guest pose or otherwise be present at an IFBB or NPC event. Well this time schedules meshed and we got the 5’ 1” fresh from his 212lb Olympia debut juggernaut Derik “The Freak” Farnsworth to take Lerch and the other boys on! Derik will drop in on the Rx Power Hour Radio program on Thursday October 11th to discuss his training for this event for a few minutes. 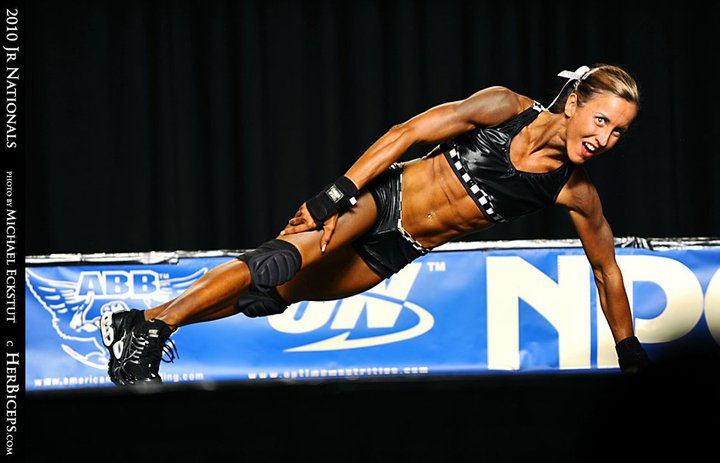 We went a totally new direction for female pro’s this time. We have had Powerlifting champions, bodybuilding champions, figure champions and now we plucked this little gem from the backstage of the Mr Olympia weekend. New IFBB Pro Fitness competitor Danielle Delikat brings the same height as Farnsworth, but in a high voltage coiled spring of a body. Danielle has the energy (look and voice) of the Molly Shannon SNL character Mary Katherine Gallagher so you know she’s gotta be legit! Wait until you see the impression, it’s spot on and she will be making her pro debut with us as well! But this girl brings a smaller package than any other female pro we have seen thus far. The question then begs… is it better to be lighter or bigger?

As always Bros vs Pros is free to enter but at the Phoenix Europa and Get Fit Sport Expo, you will need to pay to enter the expo. Once inside, the RxMuscle and Osta-Gain Bros vs Pros 12 Double Trouble will be the first stage just inside the convention center. If you can’t make it out to Phoenix you can always catch the free LIVE Stream on the Official Bros vs Pros Facebook page at http://www.facebook.com/brosVpros and links to it can be found on the official Bros vs Pros forum post in Muscle Central on RxMuscle.com!