The remainder of the 2011 Bros vs Pros season is now confirmed; we’re Nationwide Baby! We may not have gold teeth nor will we arrive at the events in a V8 Ford, but we’ll definitely have the same swagger Billy Gibbons had when he laid that track down. We have visited the state of New York several times in the past with tremendous success, but on July 10th we’ll be at a new location. Thanks to NPC bodybuilder Shawna Mendelson and Lou Darby, All Natural Gym in Lindenhurst, NY will be hosting a stellar event on SUNDAY JULY 10, 2011. Long Island is no doubt becoming the Mecca of strength athletes and by all the early responses; this will be our biggest event yet. With a new platform for the women’s competition to draw from an even larger pool of athletes, a familiar and wildly popular mens lift-off, and the addition of a big brutal Strongman event, Precision Peptides Bros vs Pros 7 is gonna be simply outrageous.

But, why are we calling it Nationwide? Well, after our success in Arlington, TX at Bros vs Pros 6, owner and curator of RxMuscle.com and the creator of Bros vs Pros, Dave Palumbo, listened and responded to innumerable requests to make this event available to everyone. So, along came the task of finding sponsors, venues, pro athletes, non-conflicting dates and putting it all together into a viable package. Luckily, we have the good fortune of some incredible supporters that see the value in working with this popular lifting formula of taking 1 IFBB Pro Bodybuilder and pitting them against a field of gym rats for cash and prizes! Ever since we put the first feelers out, venues from all over the country have been asking to host Bros vs Pros in their gym and city; and now it’s official: Bros vs Pros is everywhere!

You might be wondering what great athletes we have lined up this time around? Well, as you know, at Rx Muscle, we bring you only the best talent in the IFBB; and with past contestants such as Mike Libertore, Andy Haman, Jose Raymond, Nicole Ball, Ben White, Tazzie Colomb, Derek Poundstone, Brian Siders and others, it’s pretty obvious that we search high and low for the strongest and the most competitive athletes available. 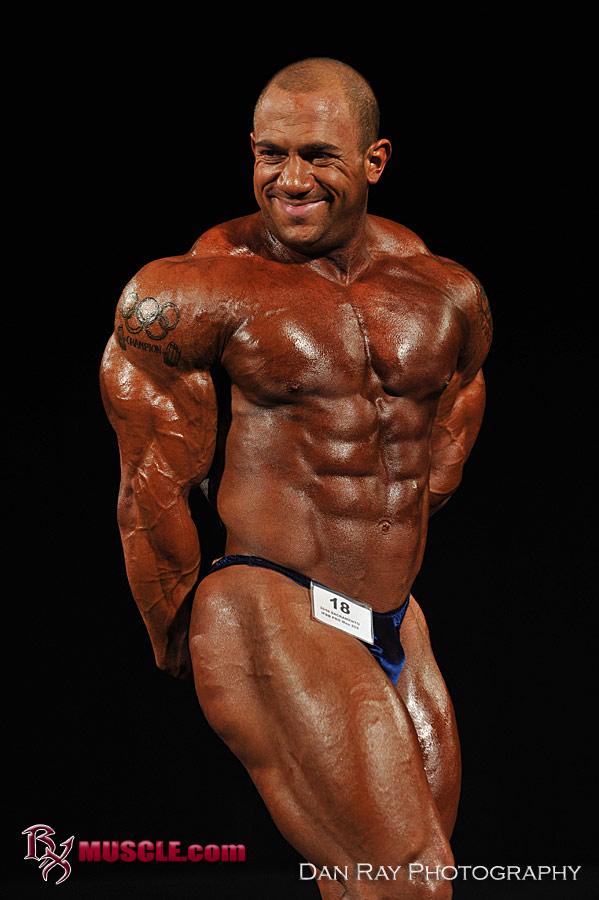 For Bros vs Pros 7, Israeli IFBB Pro Bodybuilder Amit Sapir will be flying in to defend his claim to be one of the strongest IFBB Pro Bodybuilders on the circuit (despite competing at well under 200lbs). Amit, as well as any other challengers who want to lay claim to the $2000 first prize, will have to pull 405lb off the floor (deadlift) the most times. The current Bros vs Pros record is 36 reps by Derek Poundstone. Also, following the 405-for-reps contest, we’ll be having a single greatest pull contest with some great prizes at stake for the man who can lay claim to being the strongest deadlifter of the day!

In the women’s event, IFBB Figure Pro Ann Titone will be putting her strength prowess on the line against female bodybuilders, powerlifters, strongwomen, and anyone else who thinks a Figure Pro just can’t hang! This time around, the women have a whole new platform to contend with. On tap are not 1, but 3 events: 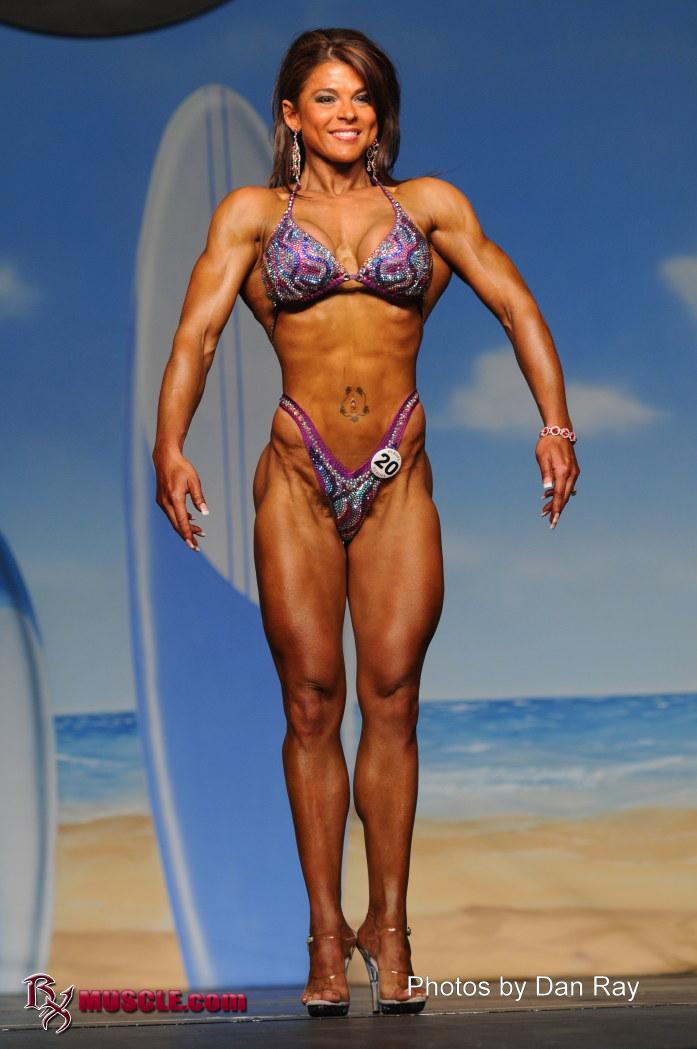 Figure, Fitness, Bikini and average Bro'ettes will now have a more equal playing field against our IFBB Pro athletes and professional strongwomen. While the strongwomen may dominate in the deadlift and the bodybuilders might dominate in bicep curls, a bikini competitor might destroy everyone in the pull-ups! It’s the combined score in all 3 events that’ll determine the winner. In fact, the playing field is so even that predicting victory is virtually impossible in the women’s contest.

For the Strongman Challenge, ASC Pro Strongman Mike Jenkins (and 2011 Arnold Strongman Classic Runner-up) will be the man to beat in the Firetruck Pull. Participating athletes will have the daunting task of pulling a 30,000lb fire truck with rope and harness over a timed distance. Just imagine getting a chance to pull a huge full-size fire truck against an ASC Pro Strongman? If anyone manages to beat him, they’ll have bragging rights for years! Cash prize TBA soon.

When Precision Peptides – a current supporter and sponsor on rxmuscle.com-- heard there were opportunities to become involved with Bros vs Pros, they stepped up to the plate and decided to support all the Bros vs Pros competitions for the rest of 2011 in a title sponsor capacity. Precision Peptides has a strong support base of customers on RxMuscle and, with this added exposure, they will most certainly become one of the biggest players in the peptide supplements game. When I contacted Gary Granaas of Precision Peptides regarding their participation in Bros vs Pros, his response was quick and to the point: “Company spokesman, Marcus Haley told me today that he’s extremely excited for all the Bros vs Pros events and he looks forward to attending and helping with the color commentary.”

That brings the grand total in cash and prizes for Bros vs Pros 7 to over $7000! That’s more than some IFBB Pro Events!

Returning to us again after Bros vs Pros 6 in Dallas is AtLarge Nutrition. Chris Mason, owner at AtLarge was very happy about the exposure our last event gave him and he wanted more. Chris has been a long time supporter of the powerlifting community with many many sponsored athletes. Chris said “Bros vs Pros is incredibly popular and we want to be a part of it again.” Atlarge is our supplement company sponsor that will add to the purses and provide a nice prize package for all of our winners. From the AtLarge nutrition website: “You won’t see ads from us which tell you our products are superior to drugs, or some odd thousand percent superior to the next company’s product. Instead, we will tell you that our products are comprised of the finest ingredients, and how you can use them to optimize your body! We
won’t sell hype, we will sell real, effective, proven products.”

After sponsoring Bros vs Pros 6, Hydrolyze Ultra Cellular Hydration Water owner and CEO, Jack Titone approached us and asked how they could participate and support all our future events. They were so impressed with the level of loyalty, camaraderie, and sheer fun involved in the event that not only will Hydrolyze Ultra be sponsoring all our future event, they’ll actually be creating a new home in St Louis for Bros vs Pros 9 (in October of this year). And with the high caliber of athletes in the St Louis area, I suspect this will be one of the most heavily attended events of the year.

Look for Live Streaming of this event online at www.rxmuscle.com.

As you can see, Bros vs Pros events are growing in leaps and bounds. People have not only come out to see what we do; they’re also participating in greater and greater numbers with every new event we hold. Are you a professional athlete who is interested in participating? Are you an average Bro from the gym who has what it takes to beat our IFBB Pro Bodybuilders and take home some serious cash? Want to try something for the first time and see how successful you can be?

Please feel free to contact me at [email protected] for any information you may need or if you’re interested in sponsoring an upcoming event. We look forward to seeing all of you on Sunday, July 10th at 2pm EST at ALL NATURAL GYM in Lindenhurst, NY. Better start training; it’s gonna be a brutal battle for the title of Bros vs Pros 7 Champion!