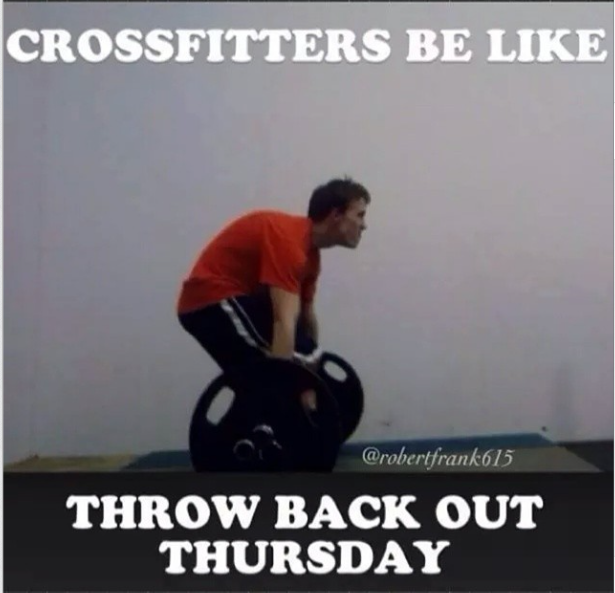 Have I pissed off any Crossfit devotees already with the title of this article? I hope so. I challenge any Crossfit fanatic to continue with Crossfit training while being able to grace a bodybuilding stage with the tiny waist, full lats, and rounded delts which are sought after in every single bodybuilding division. When an athletic pursuit is characterized with moves like overhead squats, push presses, push jerks, sumo deadlift high pulls, medicine ball cleans, and tire flips, developing a boxy midsection is unavoidable. I find it ironic that Crossfit gyms are referred to as boxes since the term box is rather suggestive of the body shape which develops under that discipline.

Whether you have been doing Crossfit and now want to cross over into the world of competitive bodybuilding while still training with Crossfit, or you have been competing in the bodybuilding world and are entertaining the idea of incorporating Crossfit training into your contest prep efforts, let’s just say you can’t have both. Simply put, you cannot sculpt your physique in the manner required for bodybuilding when you are a Crossfit devotee. Not only will Crossfit training widen your waistline, the intensity of Crossfit will cause excessive cortisol spikes which makes your body stubbornly cling to belly fat and derail your efforts to become super lean for the stage.

Crossfit training develops endurance and sacrifices the aesthetic lines which are sought after in bodybuilding. We who compete know that a small, nipped in waist and a wide v-taper is the ideal no matter what the division. But when you see a typical Crossfit athlete, you will see broad shoulders without the shaping or the beautiful round caps that are seen in bodybuilding. A Crossfit athlete’s quads and hams will be thick, and the back and chest muscular but compact. Most notably, the abdominal region on Crossfit athletes is always thick and boxy. This is due to the compound Olympic lifts which are regularly performed in Crossfit. You simply cannot attain the tiny waist and beautiful lines that are worshipped in the bodybuilding world when you engage in Crossfit.

I actually had a client who begged me repeatedly to let her do Crossfit two days a week despite my recommendation that she abandon it and focus on traditional weight lifting. I finally acquiesced, and allowed her to incorporate Crossfit as part of her training. As I had predicted, she sustained an injury, her waist widened from all the heavy complex movements which made her midsection boxy, and she became soft as a result of the cortisol spikes which the high intensity Crossfit training created.   After three weeks of seeing all her efforts from pre-Crossfit training unravel, I asked her to reconsider her decision to engage in Crossfit. As soon as she stopped doing Crossfit, her waist began to nip in, and her body began to tighten up again.

Bodybuilding is steeped in honoring an aesthetic ideal, sculpting and defining muscle, while also celebrating muscular strength. Crossfitters may brag that they have more endurance than bodybuilders, which may be true to an extent, but I personally would rather have the lines of an IFBB Bikini Pro than to trade that all in for the wide, tank like physique of a Crossfit athlete. If the idea of muscle sculpture is what drew you into bodybuilding, celebrate that instead of being lured into Crossfit.