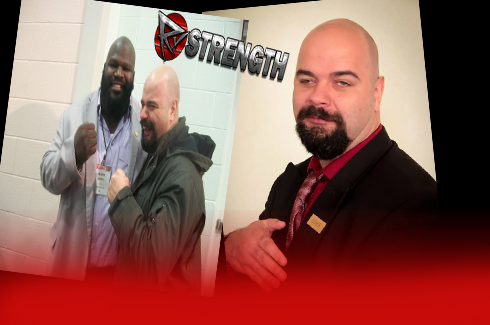 Hello, RxMuscle.com readers, my name is Jeff King. I’m a Canadian strength athlete who is active in strongman training and martial arts as well as having been an arm wrestling champion competitor around North America for the better part of 20 years (yes, just like OVER THE TOP and now the TV show GAME OF ARMS) despite being born with mild cerebral palsy.

I am disabled, handicapped, differently abled, physically challenged, physically compromised, HANDI-capable… pick one! Whatever the buzzword or politically correct label is these days... seems to make no difference from MY end of things. I am what I am no matter what you choose to call it.

As for me, I have cerebral palsy. That's different from multiple sclerosis, also known as MS, which is an inﬂammatory disease in which the fatty myelin sheaths around the axons of the brain and spinal cord are damaged.

CP is not muscular dystrophy which is an inherited muscle-based weakness where muscles weakness and muscle loss is experienced over time. MD is progressive.

It's not spina biﬁda which origin 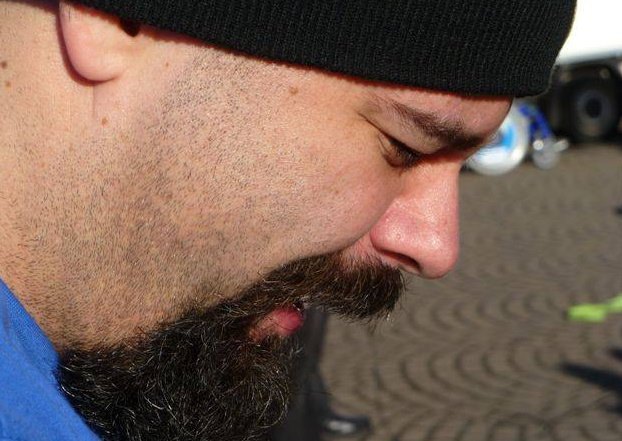 It's not amyotrophic lateral sclerosis (ALS), often referred to as Lou Gehrig’s Disease. That is a disease of the nerve cells in the brain and spinal cord.

So CP is not a disease.  It is a one-time event that results in damage, usually at or before birth.

I have been fortunate to be a 2x guest on the RX POWER HOUR as well, where we discussed this disability at length as well as my latest accomplishments… competing in Magnús Ver Magnússon's WORLD'S STRONGEST DISABLED MAN contest.

This strongman contest is run by coaches of the Paralympics powerlifting in Iceland with events modified for physically and developmentally challenged athletes with a seated classification and standing classification contest.

I have discussed both years' contests on the RX POWER HOUR, but one thing I didn't really get into then was “HOW DO YOU TRAIN FOR THIS???”

This is what I want to cover here in detail.

Well, starting back in 2012 aside from a couple videos of previous years' DISABLED STRONGEST MAN I just trained everything I saw and HEAVY AND HARD! In 2012 I also competed in the Standing events since my disability does not leave me wheelchair using. However as I said, the “Seated Events” pretty much covered any and all physical limitations. I still did well that year with a record in the Hercules Hold event win and doing well with the deadlift for reps and probably one of the only guys who liked the “Mooring Bit Carry” even though it is a brutal offspring of a Duck Walk/Stone Carry.

So in 2013 they suggested I compete for the seated events which I did and this is the training we will cover in this article.

I trained the Arm over Arm Truck Pull sitting in a big tire pulling a Prowler sled with a climbing rope then getting out and pushing it back to the “START line” on the high handles… adding 90 lbs. each time until I couldn't finish the distance.

The reason behind this was back in 2012 we didn't know if it was going to be a “Harness and Rope” or hand over hand pull. So we tried to combine the two. It also helped because there's no momentum here; each pull on the rope is like the initial pull to get the truck going. I was one of only two athletes to finish the event last year so it worked! 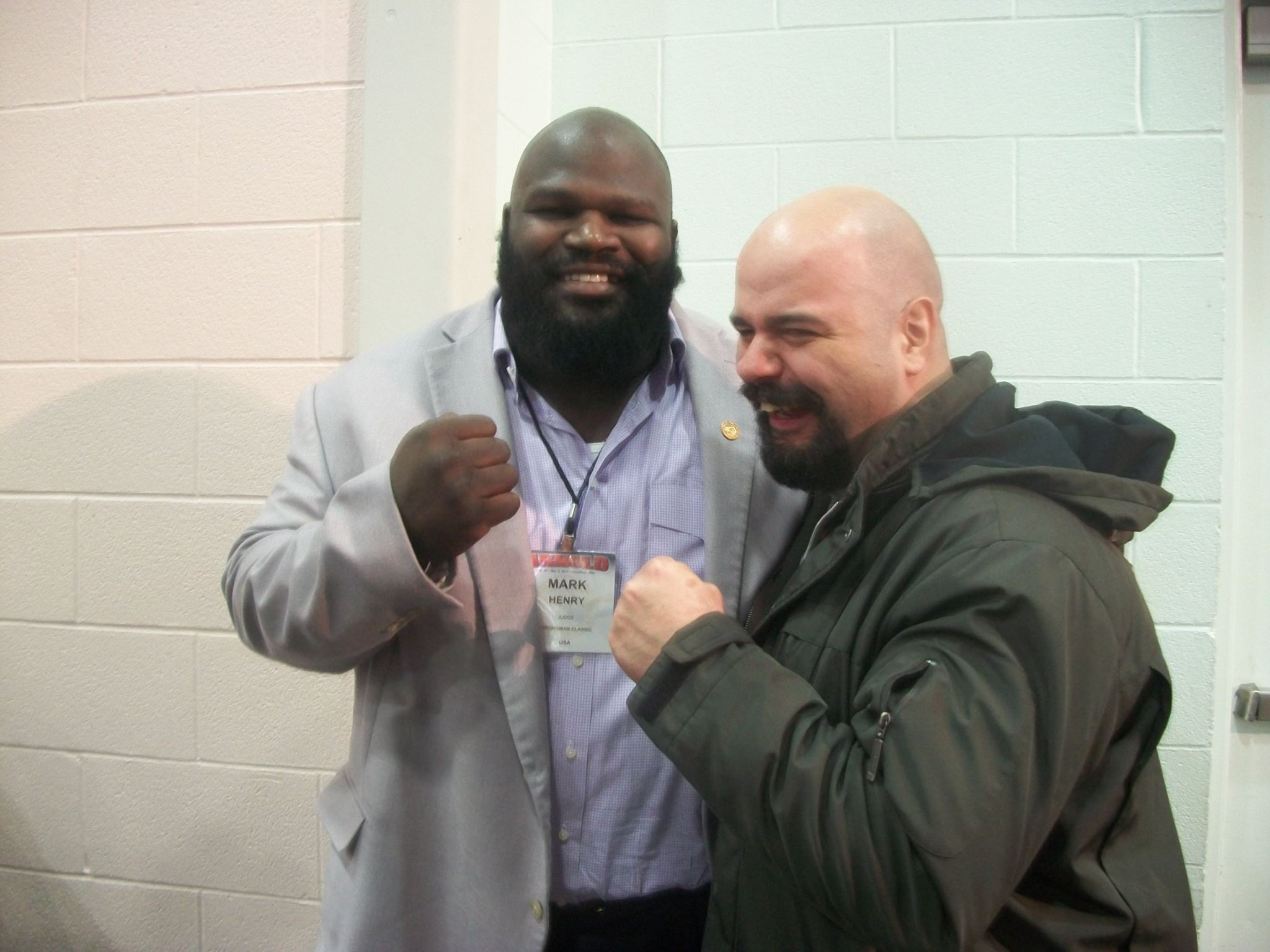 ster! And I'm still waiting for the CrossFit gym where I would train this to make it an official W.O.D. in my name. HAHAHA!

Log Press was a high incline press for reps in 90 seconds, belted to the bench as in the Paralympic Bench Press meets. But with the height it was more a shoulder press than a chest press. I tied for first here with 11 reps. I did well in this event but made a couple errors and want to do better.

Very simple training here with a lot of shoulder and chest pressing in my routine anyway, with 5's, 3's and 2's but then I would do an Incline Log Press “Triple Drop” set with about 20 lbs. more than the contest weight, the actual event weight and then a light set making things harder than the actual event in training. This is something I preach and practice with myself as well as those who have trained with me in whatever it was, whether armwrestling, lifting or going for the next belt grading.

On Day 2 our events were Dumbbell Press Medley seated in a wheelchair and rolling from one dumbbell to the next lifted off oil drums then doing a seated one-arm press with increasingly heavier weights. No real problem here with the weights as I was pressing heavier than actual in training, i.e. making things harder in training. In the training I would do one of two things depending mostly on how I felt or the stage of the training cycle I was at.

One was just going as heavy as I could for one repetition sitting on a bench while doing the one-arm presses. Simple, nothing fancy here. The other way was to set up the dumbbells side by side, the same weights as in the medley and press each one after the other as fast as I could then rest and start over again from the lightest and continue this style until I couldn't press a weight. Then it was done for the day, similar to a “Strength Wave” style as in old Eastern Bloc training. I finished the event nicely but not as fast in the wheelchair. More on that later…

The Hercules Hold was going to be a good one but very different doing seated and strapped into the wheelchair because – like the Truck Pull – you didn't have a lot to adjust yourself or use as much “body English” as the standard way. So I had to really get a good set up with the pulley handles before the whistle or it was going to be a very short and bad time.

I don't have the actu 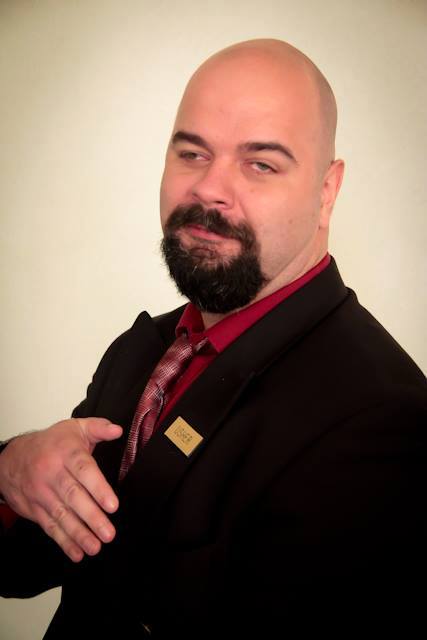 al Hercules Hold apparatus to train on so I just did things like my deadlifts and biceps work with Thick bars or Fat Handle dumbbells and either a medley of different grip events like ROLLING THUNDER… 1 Arm Deadlifts, Pinch Grip lifts, Plate Curl, Captains of Crush grippers, and go through the series as many times as I could until I failed a lift similar to the Dumbbell Pressing. I won this Hercules Hold seated as well so I guess what I did worked!

I will say my grip is probably above average in certain lifts. This is especially true on my left hand as my left side was not affected by the cerebral palsy (which is a one-time birth accident that affects the one side of the brain and body with development and coordination and range of motion). Years of arm wrestling training has also developed my grip.

Crucifix Hold with 22 lbs. dumbbells on each side… I trained this by simply holding dumbbells out to the sides while sitting on a bench to mimic the seated style with 40, 30 and 20 lbs. Each for as long (or short) as I could. I won this event with a 54 seconds time. A funny thing was I looked mad after this or that something was wrong to the people around. Why? I wanted one minute and just fell short. That's all it was.

Atlas Stones… While the Standing Developmentally disabled athletes did the Stones as normal lifting them from the floor to the barrels, the Seated athletes lifted them from one oil drum across to the other side going from one to the next progressively heavier stone (which were actually made with rubber so they won't crack or crack the floor).

I got the idea to train this event from my friend and fellow competitor from England. Sitting in my flipping tire with wood planks across it, I would roll the stone in place with a truck ramp ladder then lift it from left side to right pausing it on my chest, then shoulder bear hugging it up while in the seated position. I have switched now to using Olympic plates collared on a loading pin as well since my biggest real Atlas Stone is 175 lbs. and the last event stone was 200 lbs.

In the Seated event (I suck at Atlas Stones and need lots of help there) I lost it at the last stone in 2013 so we need to go HEAVIER AND HARDER IN 2014!

Some final points and notes… While I kept a very structured style to my gym lifts like Presses, Bench Presses, Deadlifts, etc., my events training was all out for that day. “LEAVE IT ALL ON THE GYM FLOOR!” was a constant mantra while training because I was getting ready for something special, different and amazing in the WORLD'S STRONGEST DISABLED MAN that people have never seen before and I'd have to do it all I can.

Yes, I can deadlift and squat and train my lower body with modifications to work around my physical limitations and, yes, I did because it didn't make sense not to for three months while getting ready for Iceland if I was physically able to.

As it was suggested, yes, it would be a good idea to train with a wheelchair for certain events in the contest since I'm not a wheelchair user in everyday life. However it wasn't practical with the training space I have. One would need access to a full track course with the barrels and that just wasn't available. But, I will continue to get bigger, better, stronger.

And finally, pretty good for a guy who started out as t 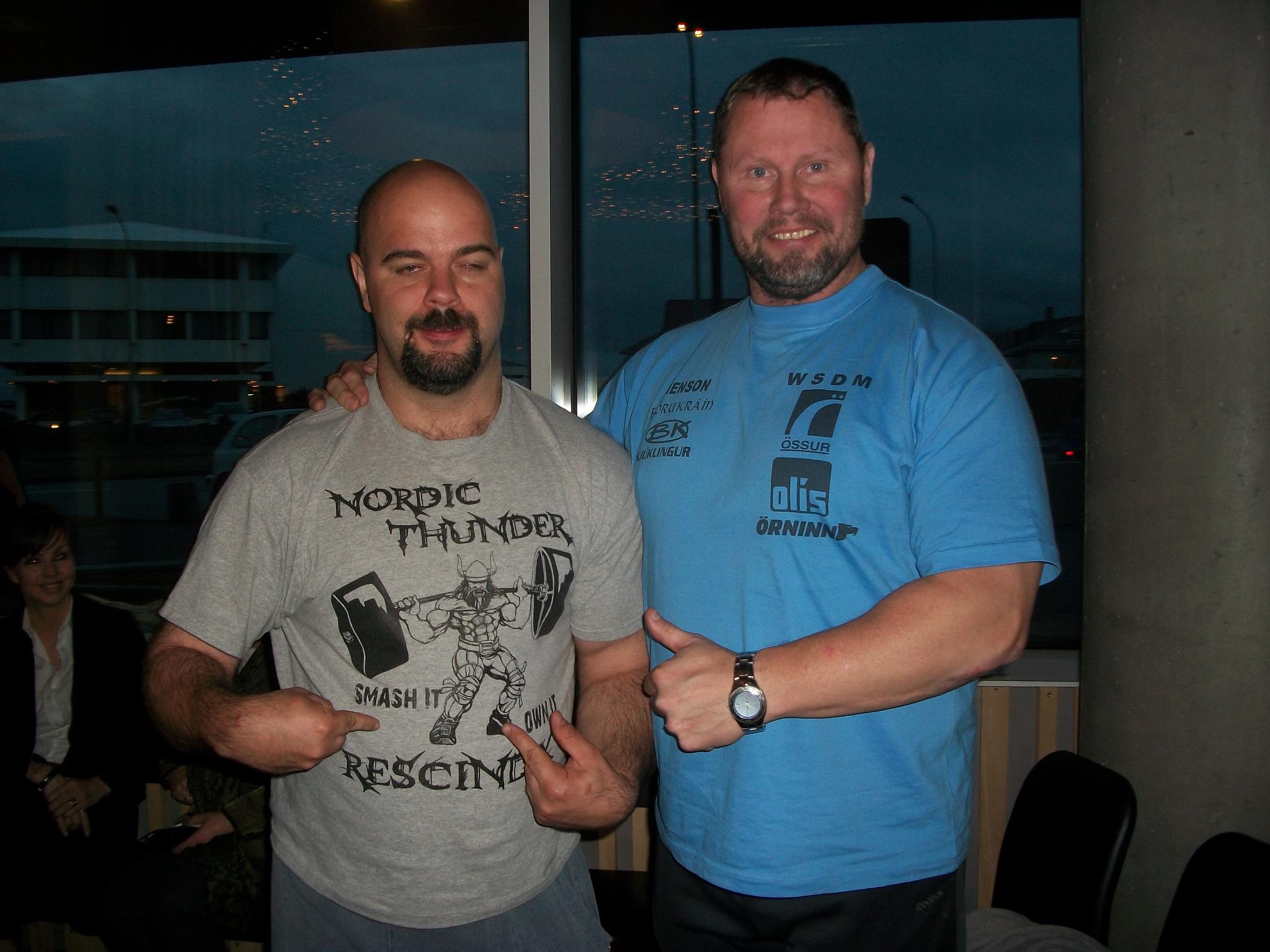 he 88 lbs. Weakling! I can still remember watching the 1988 WORLD'S STRONGEST MAN on TV one day home from school and WRESTLEMANIA 1 in 1985, after a torn hamstring and double knee surgery, wanting to be strong like that. And as I enter my early 40's when most people are slowing down or stopping or people thinking they should, I can't do that because that's what they expect me to do and that would make them win.

LEAVING IT ALL STILL ON THE GYM FLOOR after many have quit and gone home. That's “THE SECRET” not a movie about “People like me and I'm a good person because my mom dresses me funny and I'm special” and all that.

No, I'm not as athletically gifted or genetically blessed, I'm not the biggest or fastest, and people have told me I have to work ten times as hard to do something as others. Well, I don't know about that. I just work hard at what I do. Period. And I'm still going strong!