MLB to Begin Testing for Growth Hormone in 2013

MLB to Begin Testing for Growth Hormone in 2013

Major League Baseball will test players' blood for human growth hormone during the season starting this year, becoming the first American sport to do so and continuing the league's stand against performance-enhancing drugs following decades of abuse by players. 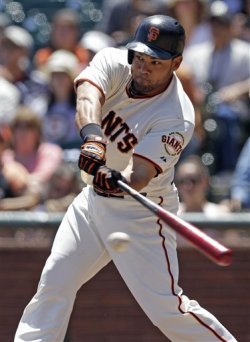 Following a rash of positive tests for testosterone last season, MLB also will implement a new testing procedure for the synthetic drug, according to sources. The league will use a "longitudinal testing program" in which its testing lab in Montreal will maintain baseline concentrations of testosterone, epitestosterone and T/E ratio. The lab will compare those values to subsequent tests. If there is a statistically significant difference, the lab will scrutinize the sample with IRMS testing to see if the result was caused by a PED.

The league and the MLB Players Association agreed to the in-season testing after blood testing for HGH last spring. While the union had long opposed the invasiveness of blood testing, executive director Michael Weiner has worked with MLB to strengthen what doping experts say is the best testing program in professional sports. CBSSports.com first reported the agreement.

The in-season testing will be random, much like the current testing for other PEDs, according to a source, though it is unknown how many tests the league will implement. The efficacy of the test remains in question, too, as HGH is quick to leave the bloodstream. Still, in 2011, Mike Jacobs tested positive for the drug in the minor leagues, where the tests have been standard since the middle of the 2010 season. The implementation followed a positive test on international rugby player Terry Newton.

MLB planned to announced the new rules a day after a Hall of Fame vote in which Barry Bonds and Roger Clemens, two players tied to PED use, were denied entry, and in which voters copped to keeping Mike Piazza and Jeff Bagwell off their ballots because of suspected use.

PED use remains prevalent throughout baseball. Last season, pitcher Guillermo Mota, infielder Freddy Galvis, outfielder Melky Cabrera, pitcher Bartolo Colon and catchers Yasmani Grandal and Carlos Ruiz were suspended for using banned substances. And that followed an offseason in which reigning National League MVP Ryan Braun was caught with excessive testosterone in his blood. His suspension was overturned in arbitration.