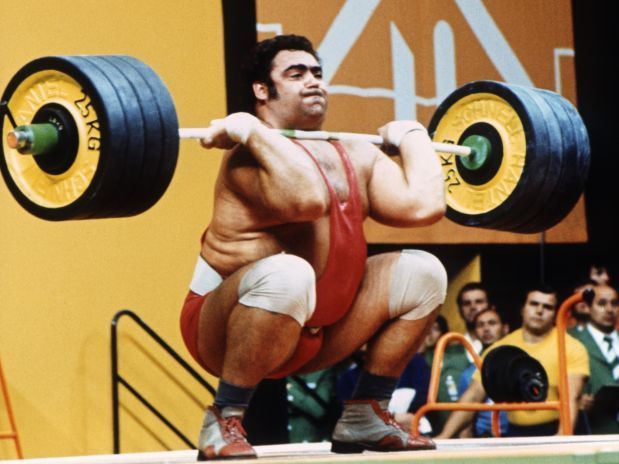 One of the greatest strength athletes of the 20th century is without a doubt the mighty Russian of the 1970's, Vasily Alexeev (Alekseyev). A two time gold olympic gold medalist holder of 80 world and 81 Russian records, Vasily passed away last year at the age of 69 years old. Fortunately he has been immortalized by film and photography so that up and coming olympic lifters, powerlifters and strongmen can see what pure size, power and raw determination looks like. No fancy lifting suits. No pretty sponsored shoes. No pilates or crossfit for Vasily, this was a mans man who was seen backstage with a cigarette between rounds shuffling his feet as if he was taking a leisurely stroll through a park.

In this video at the 1976 Olympic games in Montreal, Canada, Vasily hits a wobbly 561lb Clean and Jerk. The biggest Clean and Jerk ever attempted and here, immortalized... nailed.