Strength Section: Where do we go from here?

Strength Section: Where do we go from here?

Where do we go from here? 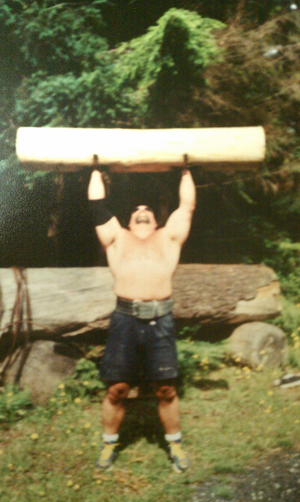 The Strongman Section and the entire Strength Section at RxMuscle.com began as a natural progression of the bastardized relationship between iron fanatics training for posterity and those training for strength. Whether it is powerlifting, strongman, bodybuilding, highland games, fitness, figure, bikini or physique, we all have that one commonality; the drive to be the best we can be in a very misunderstood community. That’s the adage I am taking as I assume the new RxMuscle Editor in Chief of the Strength Section.

My primary drive for taking on this role is to increase the exposure strength athletes acquire in our medium. With more than 55,000 members and more than 4,000,000 individual page views just last month alone, RxMuscle has proven to be THE source for coverage of the aforementioned sports. Dave Palumbo, owner/curator of RxMuscle.com has committed to send reporters to cover some of the biggest shows on the strongman and powerlifting circuit this year. This is a huge win-win for us. Increase exposure of the sport while allowing us to increase individual recognition.

In regards to exposure, my advice to every strength athlete reading this is pretty simple; be available and be willing to talk to people all the time at events. My advice comes to you as someone who almost didn’t take seriously the person who gave me my first real strongman sponsorship in 1998. I was competing at Gus Rethwich’s Bend, Oregon Budweiser Strongman Shootout. I was doing really well as a first timer competing against seasoned veterans like Bull Stewart, Ken Brown, Jeff Matty, and Odd Haugen and 30 others over the first day’s events. I was ecstatic that I was in third place heading into my two strongest events, the deadlift and grip event. 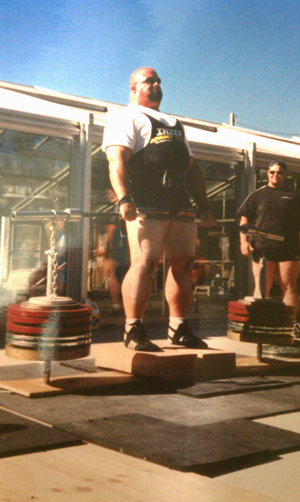 A gentleman introduced himself as the father of the one of the lower placing contestants. He was a nice guy wanting a photo and a minute to chat. I almost dismissed it merely because I was getting ready for my next event, one I knew I would have to win to keep pace with Bull, who was ahead by only a few points. I took the time to discuss who I was, my background, my intentions, etc. We took a photo together and he handed me his business card. All of that took less than 5 minutes. The card gave me his name and his position; CFO for a major national chicken company.

After arriving home the following week, I called and left him a message. I later received a phone call from his secretary asking me for my mailing address and if I had sponsors? I asked, “Sponsors”? Right. The following week I was sent a contract and a $500 Costco prepaid card. The letter accompanying the contract said that they could not pay me directly, but as a promotional and marketing maneuver, if I agreed to the terms of the contract, they would send me $500 a week via Costco gift cards to be used any way I saw fit. For me that was simple: MetRx bars and protein, chicken, eggs, ham, steaks, rice, potatoes and chocolate chip muffins. I love Costco chocolate chip muffins.

By taking the time, you, as I did, can have doors open that you might not otherwise expect. No one likes to be interrupted while training, that is universally certain. But when you are competing, and people have come to watch your particular craft, it doesn’t take much to lose an opportunity by not being available. That availability may be a local reporter asking for your personal information an unbeknownst to you potential sponsor or a TV reporter asking your views on world hunger. It’s is all the same. People taking interest in you and that may translate to nothing or everything. People taking interest in the sport opens lots of potential doors that could increase payouts, safety or better quality meets for promoters.

A few things to look forward to in the coming months covering the spectrum of strength sports here at RxMuscle.com:

· Master Nutrition guru Nathan Payton and ASC Professional Strongman Ryan Bracewell continue their brilliant Thursday night broadcast of the remarkably popular Rx Power Hour. Listen as these two bring you weekly updates and talk to the industry’s biggest and brightest from around the country.

· An interview with Sean Katterle about his upcoming MHP Kings of the Bench V and the Clash of the Titans IV! Predictions, clarifications and more from this grassroots powerlifting marketing guru….

· 2011 Arnold Strongman Classic Champion Brian Shaw will be here regularly answering your training, strength and nutrition questions with a Q&A in our Strongman Section. We are also working out the logistics of “A Day In the Life” with Brian at his Ft. Lupton, Colorado home and training facility. Brian is currently in London competing at Giants Live at the British Grand Prix.

· RxMuscles’ SallyAnne and I are working with Mike Jenkins to get a website up and running. We spoke about the importance of accessibility and he is primed and ready to make a name for himself. He surprised nearly everyone when he took out Zydrunas and many others on his way to a second place finish at the 2011 Arnold Strongman Classic. Mike will also have a Q&A with us to answer questions and will track his training journal with us so we can see what it took to become a very good amateur to a great professional in one years’ time.

· In two weeks we will be at the Ronnie Coleman Classic covering the MHP Kings of the Bench V and the Clash of the Titans IV. We fully expect to see a completely raw 900lb deadlift from someone at this event. Benedikt Magnussen? James “Pitbull” Searcy? Our own Ryan Bracewell? You’ll find play by play coverage, interviews and more.

· In April, I will be heading next to the Europa Supershow to cover the Central Florida Strongest Man challenge. Look for interviews, perspectives and a myriad of coverage at this terrific event.

· August is a busy month for us here at RxMuscle and Strength Athletics is no exception. We start by heading to Hot Springs, AR. for the American Strongman Corporation’s Strongman National’s. The countries top professional strongmen compete for this very coveted title. The following weekend takes us to the Europa in Dallas for the best in coverage from one of the year’s biggest powerlifting events. The following weekend we head to Scranton, PA. for the USAPL RAW National Powerlifting Championships. You want big names and even bigger numbers at a three lift event? Then look for interviews and play by play coverage from this fantastic yearly event.

· September has us traveling to one of the biggest events of the year, The Mr Olympia in Las Vegas, NV. Again, American Strongman Corporation puts on their third installment of the America’s Strongest Man. This year, instead of 10 athletes receiving invitations, it is open to every ASC pro strongman. No excuses, no bull, no holds barred. RxMuscle’s own Derek Poundstone edged out Mike Jenkins to win last year’s event. This year Mike Jenkins and Brian Shaw have committed to competing and with Derek recovering from a serious back injury, it leaves the door open for a new title holder.

As you can see, we are ramping up coverage and exposure for all of these hard working athletes right here at RxMuscle.com. If you have a suggestion, someone of interest to interview or have personal coverage from a local or regional show, please let me know. We want this section to be the place where everyone turns to for the best and fullest in Strength Athletics today.