The term ‟speed strength" will usually bring a scene to mind like... a sprinter coming off the blocks, or a javelin being thrown. You might think of a lineman, in a 4-3 defense, firing off and trying to get across the offensive line to make things bad for those guys in the backfield; or Barry Bonds, knocking a 100 mph fast ball out of the park. 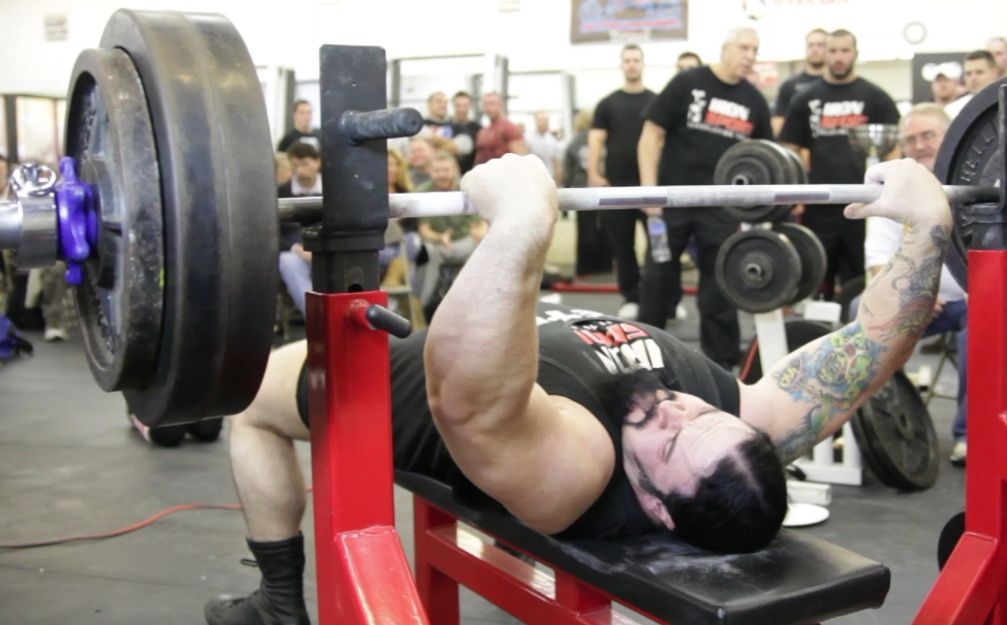 These are all good examples of speed strength in sports, and for each example special strength training can be used to improve the performance of the athletes.

What you are probably not picturing when you hear the term ‟speed strength" is...  Swede's big ass, pulling some unthinkable weight off the floor, and doing it at a rate of speed which is not on par with the swing of the bat, or the stride of the sprinter. Nevertheless, speed strength is a crucial part of that scenario. I'm going to do my best to help you understand that. I think I can do it in three sentences:

1) The force that a muscle produces is entirely dependent on the percentage of its motor units which are active at that moment.

2) The rate at which you can get that percentage of motor units to a maximum depends entirely on your level of speed strength. (more specifically, starting strength)

3) Many times when a powerlifter fails on an attempt, it is a result of delayed motor unit recruitment or insufficient speed strength.

I have hopefully made manifest, in these three very simple steps, the role and importance of speed strength in powerlifting. This is the first article in a series of three. In this installment I will explain the three facts which I have outlined above, in greater detail.  In the following two articles, I will explain how to develop powerlifting specific speed strength with the use of accommodating resistance. They will cover chains and bands, respectively.

There are two components to speed strength. I will define them here as they apply to the powerlifter.

1)     Starting Strength: the ability to recruit a large number of muscle fibers immediately.

2) Explosive Strength: the ability to accelerate through the lift, or the ability to continue developing force at a high rate of speed. [Some people call this ‟Strength Speed", and it is fine if you want to call it that. However, it is important to understand that what you are actually referring to is explosive strength, a component of speed strength.]

When motor units have low innervation ratios, (like those in the muscles which control your eyes) it is possible to produce very precise movement, because with each of these motor units recruited there is only a small increment of force developed. However, when the innervation ratio is high, as is the case with type IIb (or FF) motor units, (the ones involved in strength training) a neuron is responsible for a much bigger jump in force. If you watch a powerlifter, whom does not perform any speed training for a given lift, attempt a one rep maximum, you will more than likely notice that he or she cannot keep the movement smooth and steady. (This is assuming the athlete is not genetically ‟gifted" with amazing speed strength from birth.) There will be some loss of velocity, possibly followed by an increase in velocity, choppiness; the bar could actually pause at some point, while performing the concentric portion of the rep. The lack of smoothness and the short bursts of movement are the result of additional motor units, being recruited too late in the game.

On the contrary, if you watch an athlete whom is properly trained (with speed strength workouts) perform a one rep maximum; it is likely that you'd see a very different picture. They would either get the rep fairly smoothly, or miss it altogether.

It is my strong conviction that through ballistic and other forms of speed training, an athlete can learn to increase both starting strength (or rate of force development) and explosive strength, via central nervous system adaptation and improved efficiency of motor unit recruitment. 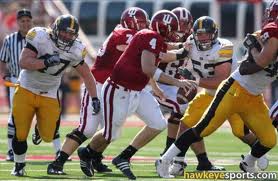 Let me get back to motor units for a minute, I want to explain a little bit more about how they work. The nature of a motor unit is "all or none", absolutely. That is to say that every fiber in the unit contracts simultaneously, and as hard as it possibly can, or none contract at all. I would describe the motor neuron, metaphorically, as a light switch.

Have you ever seen one of those light switches that have a sliding dimmer control? Of course you have, everyone has. You probably have one in your dining room so you can lower the lights and drown your sadness in cookie dough ice cream. Anyway, for the sake of this analogy, let's pretend that those dimmers don't exist.

When you walk into a room and flip on a light switch, the light goes on. There is no way, in this scenario, for you to grade the amount of light which is produced by the bulb in its fixture. The light is either on or off. Once you flip that switch, the bulb will provide all of the light it can. Motor units work very much that way.

Think of a motor neuron as a finger, flipping on a standard light switch; the fibers which it innervates are the light bulb. So, when the neuron ‟flips the switch", the fibers contract as hard as they possibly can, just as the bulb would give its maximum brightness.

This should help you understand the reason behind the choppiness in the maximum effort repetition I mentioned earlier. Think of a hundred light switches being flipped on, progressively, in groups of six or eight.

Force is developed like that; in clips or increments. As more motor units are recruited, more fibers are contracting as hard as they possibly can. There are large, sometimes delayed steps in force with each new motor unit, breaking the tempo of the lift. The recruitment pattern is learned over time: programed, you could say. Like I said in the beginning, an increase in the rate of force development can mean the difference between making a lift and missing it.

So all of this begs the question: How should a powerlifter train to increase speed strength?

I'm fully aware that you may associate training for speed strength with track athletes performing plyometric jumps. Don't worry! I'm not going to have you bouncing all over the gym like a dummy. Rather, I am going to teach you how to perform special strength workouts using some pretty advanced techniques. [Go back and read what I said there: these are advanced techniques and can be very dangerous if performed incorrectly. They are not intended for beginners, without the supervision of a professional or at the very least someone whom has experience with this type of training.]

The following is an outline of the types of special training an athlete should use to increase their 20 meter sprint speed. Note the overload exercises for increasing maximal strength. This program for special physical preparation was designed by the master himself: the legendary Professor Yuri Verkhoshansky, the Russian scientist whom developed plyometric training as a means of improving speed strength.

To improve 20 meters speed the special physical preparation should include three type of training means:

Now, believe it or not, the needs of a 20m sprinter and a powerlifter are very much alike.  For this reason, the means to achieving these needs are almost the same. That is to say the ideal way of training to improve one's 20 meter sprint speed is very similar to the training a powerlifter should use to increase their lifts. Though, as we would in any sport, we have some specific needs to address as powerlifters. We are going to replace the bouncing, jumping and running with lift specific speed training techniques to address those needs.

If you look at the first type of training Professor Verkhoshansky prescribes, it might strike you as odd, but remember what we discussed earlier. Increasing absolute strength will increase speed strength. These two types of strength are inextricably linked.

Next the Professor lists a few types of plyometric training designed to increase explosive strength. We are going to replace these with what is actually another type of plyometric training, though most of you will not recognize it as such. I am referring to the big three lifts, performed ballistically. These workouts will be performed on their own day, separate from maximal strength training.

There is a tremendous amount of confusion surrounding this method of training, but if you can understand what is trying to be accomplished, you'll have less trouble understanding how to do it. We are trying to increase explosive strength, which for our purposes is the ability to accelerate

through the lift. In my opinion, the best way to do that is to apply an accommodating resistance with bands or chains. This increases the amount of resistance throughout the movement, which allows you to apply maximal force to a lighter load, moving the bar much faster, without worrying about slowing down towards the end of the movement. The lift should be performed at a high rate of speed and the resistance should be set at 40% of your 1RM (one repetition maximum). That is to say, on bench press for example, the total resistance on the bar when you begin the concentric portion of the lift (with the bar at your chest) should be 40% of your 1RM. For box squats, you would figure for 40% for the resistance when you are on the box; and for deadlifts, the 40% would be calculated for the bar on the ground. As I said, the resistance will increase throughout the repetition.

[I will get into the specifics of how to figure out the correct percentage of the total resistance which should come from the bands or chains in the two remaining articles in this series.]

It is natural that as you progress you'll be able to move up in the percentage of your 1RM which is used for speed training. Though, it is important to take note that if the bar speed has to decrease in order for you to increase that percentage, this is a sacrifice which is unacceptable. I see videos of people on the internet doing ‟speed training" with 85+% of their one repetition maximum on th

e bar, and it's moving at a rate of speed which one would expect with such a load: Slow. I am baffled by this. It is absolute strength training, and not speed training. Not to get too far off topic, here; what is important when determining the percentage of one rep maximum which is used for resistance is, simply, bar speed. If the bar is not moving quickly, you're doing it wrong. There is too much resistance!

Next time, we will discuss how and why to implement chains as an accommodating resistance device. We will also talk about the best way to set up a training schedule which allows us to incorporate these separate days for speed work, without neglecting our maximal strength training.

Cory ‟Swede" Burns is a Specialist in strength and conditioning. As a raw lifter, Swede has broken the APA/WPA world records for bench press and deadlift in his class. This was done at his first sanctioned meet. Swede coaches and develops programming for all levels of athletes and is available for consultation online through www.swede-strength.com or in person. He is in the process of relocating from Philadelphia to Keyhole Barbell Club, the private training facility which he is opening next month, in Apollo, Pennsylvania.