Category you compete in: Trained Figure (NABBA), and Women’s Physique (UKBFF)
Date of

How does your family respond to your competing? They are luckily very supportive. At first the transition from ‘normality’ to the strict 24/7 regime of diet took some getting used to but they appreciate the hard work it takes and enjoy watching the competitions.

What kind of goals have you set for yourself, short-term and long-term? Short term, I am 6 days away from the NABBA Universe competition and I would like to place top 6. This is my first International show. In November of this year I am competing at the WPC World Powerlifting Champs in Miami in the bench only category and I would like to set a PB and be in the mix to win. Long term…I would like to achieve a pro card in the Women’s Physique category. That is my ultimate goal as well as holding world bench press records.

What's currently on your iPod? A total mixed bag! I like anything to be honest…at the moment my favorite type of music is dance/pop so it gets me in the mood for training

What are your hobbies and interests outside of the bodybuilding world? I love to bake! My specialties include…oreo peanut butter tiffin, daim bar rocky road, banana, walnut and dark chocolate loaf, brownies and flapjacks.

Do you have a favorite exercise? That’s a tough question…I have a lot of ‘love hate’ exercises haha….walking lunges are daunting but I love them. Really enjoy training glutes at the moment as I am on a mission to improve them!

Competition history: I first competed in UKBFF body fitness in May 2012 and placed 3rd. I then went on to compete in the new physique category in 2013, but was moved into the bodybuilding class as they felt I was too 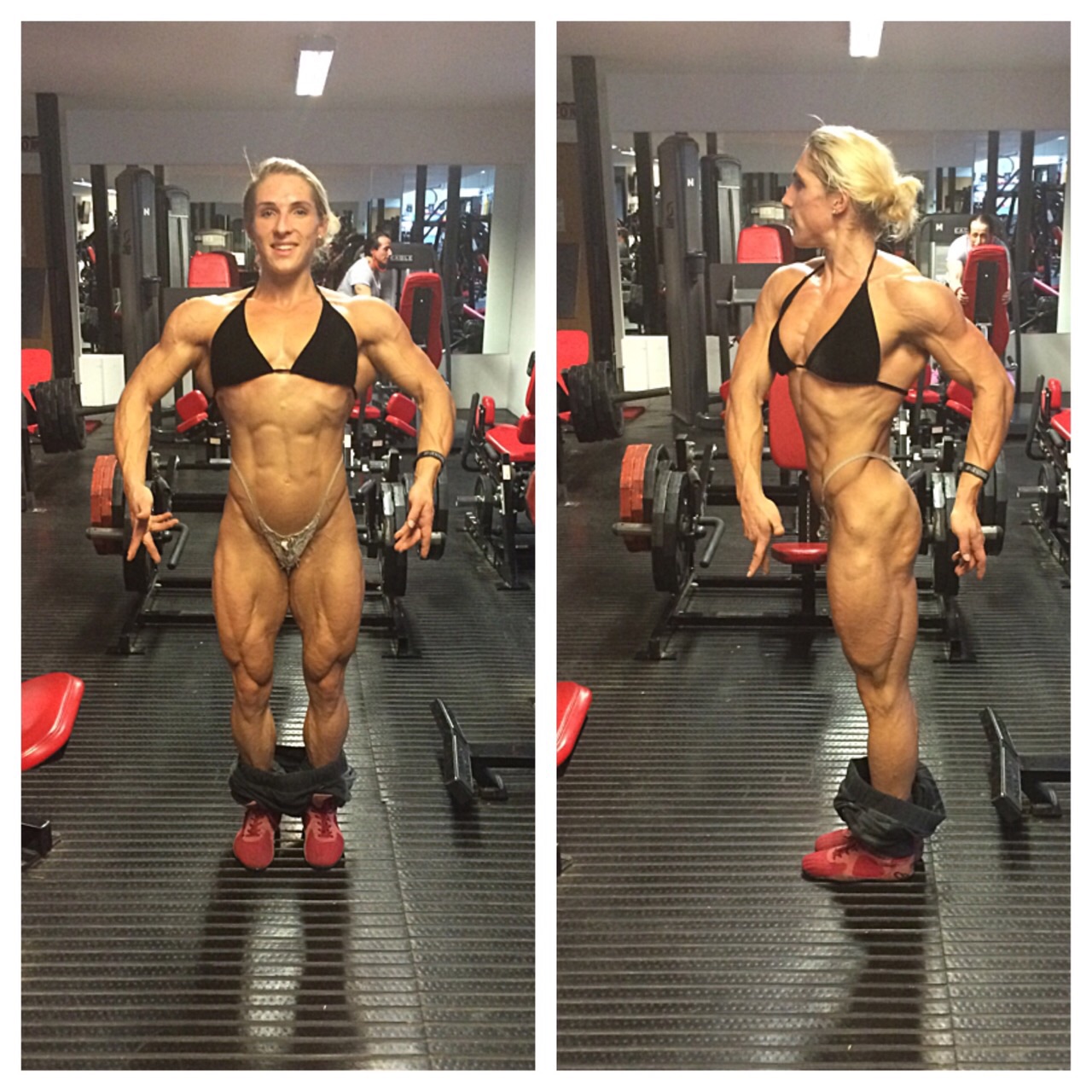 muscular. I placed 4th at the UKBFF British Champs in 2013. This year I have competed with NABBA as the category, trained figure, suited me and allowed me to get shredded. I won my qualifier in April 2014 and placed 2nd at the British Champs in June 2014.

Next competition: 25th October 2014, NABBA Universe in the Trained Figure category and then the WPC World Powerlifting Bench Only Champs on 14th November 2014 in Miami. Next year the aim is to compete in April at the UKBFF Nationals.

Favorite Fitness Tip: Be consistent and never be outworked. Don’t take the easy route, if something is hard then do it!

Who would you like to thank? Jordan Peters, my other half, coach and work partner. He is the reason I started this journey and the reason I have transformed my physique and life. We have a good business together and his positivity and belief in me outweighs any self-doubt I ever have.