The Ripple Effect: An RX Exclusive Interview with Viko Newman

Sometimes events in our lives have a 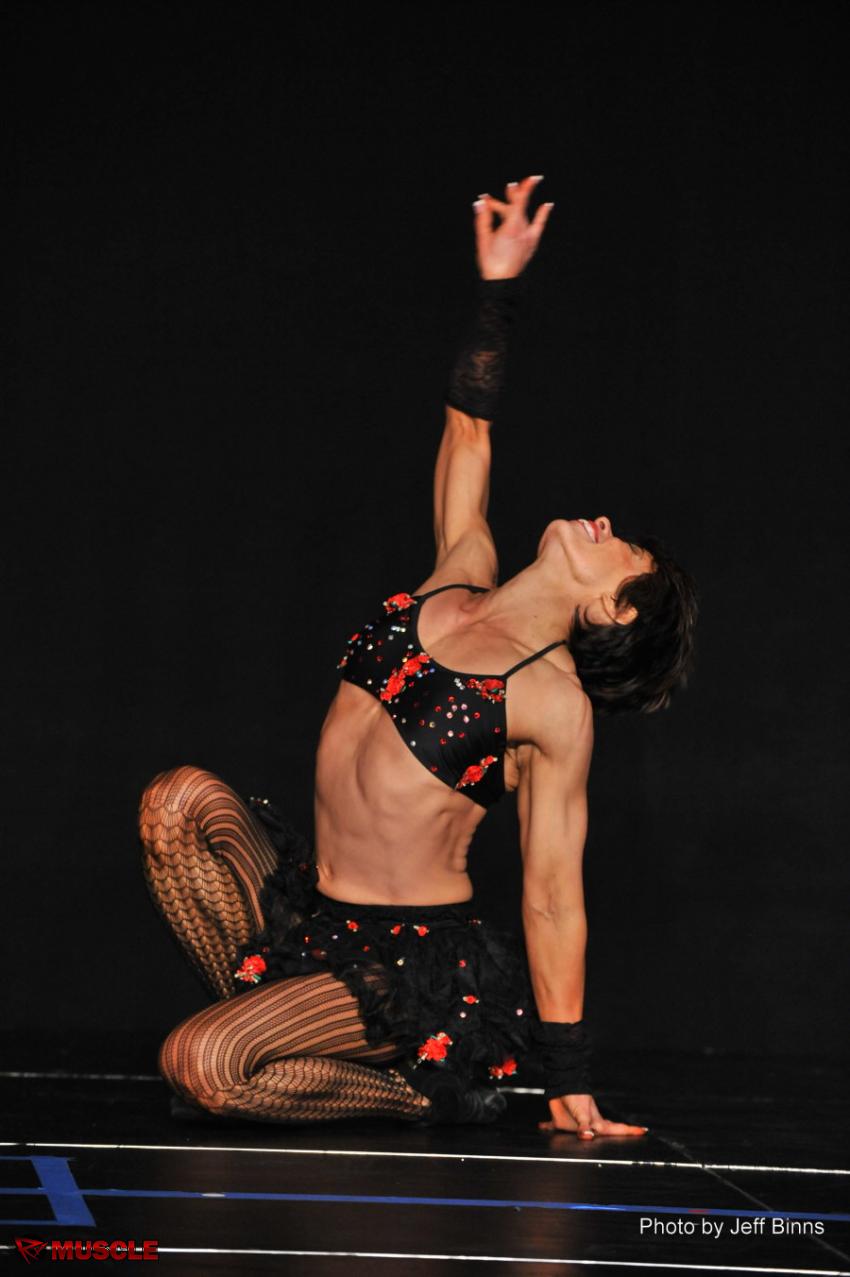 ripple effect a lot like throwing a rock into a pond. The initial impact seems small and insignificant. It’s only after we take a step back do we realize that one small rock, or one small event, can have an effect greater than what we had originally anticipated.

For Viko Newman, that initial impact occurred nearly thirty years ago when she first set foot in the weight room. It was that moment that left a lasting impact, and the ripple effect is still being felt today. Now, after earning her Pro Card at the NPC Team Universe, Viko is just a few short weeks away from making her pro debut at the Europa in Phoenix.
I recently had the pleasure of working with the new IFBB Pro who’s anxiously awaiting the chance to take the pro stage for the first time, and you can read all of the details here, in this Rx Muscle exclusive.

Q.) Before we talk about your recent success at the NPC Team Universe, let's talk about your history first. Tell us about when you first began training.
A.) Before I became a Fitness competitor I was living in Japan and training on a U.S. Air Force base with my dad. I met my husband (then boyfriend) and he started me in the gym with 5 pound dumbbells in a corner and I was the only girl working out there!  He had to teach me everything! But, there were no girls for me to watch or talk to back then, (1983) so I picked up all the bad habits of guys lifting heavy without good form! You know, throwing the weights around! Ha! I did not know cardio. So I just lifted heavy and lots of fast food! I literally had no clue!

Q.) Could you describe what your training style was like early on? Would you say that gains seemed to come relatively easy early on?
A.) All the guys were lifting heavy, so slowly I was lifting heavy, too! But, along with that I was also eating heavy! In two months I gained 15 lbs., and most of that was FAT! I felt pudgy and did not like the way I looked! So, I began using the 12-15 rep range and did not eat as much. I do not think that gains came easy, but I was not paying attention to that. I just enjoyed saying, “I lift weights!” There were no women's magazines or books around that I can remember.

Q.) What athletes inspired you early on?
A.) OMG! Monica Brant, Mia Finnegan, and Rachel McLish! The look of their bodies! What they represented to the sport of women! Fit, athletic, and they looked sexy! I wanted that, too! But, I still had no one to ask, only the guys! The Lift Big or Go Home attitude was all that I was given for advice!

Q.) Before you decided to step onstage, you'd already been training a number of years. What made you decide the time was right to start your competitive career?
A.) When I turned 30 years old I was a personal trainer in Melbourne, Florida. Back then they had ESPN Fitness America series on TV. I saw those Fitness girls and they were in shape and did a routine on stage. I was hooked! There was a local show called "Space Coast Fitness Festival". I entered Bodybuilding, Fitness, and the Bench for reps contest (girls had to bench 1/2 their weight for reps). I won all 3 divisions! Then, two weeks later, I entered NPC Gold Coast Fitness in Tampa and placed 3rd! I got qualified for Nationals, but I thought back then only the best should go to Nationals, so I never went! But, I knew that I loved being on stage and that I love what being a Fitness competitor stands for!

I continued doing local NPC shows in Florida and winning them all. One show, I entered the Over 30-year-old Fitness division and I won that, and because it was an age division, I was unable to compete in the Overall! The promoter said if I entered in Open I would have taken the whole show! So from then on I have never entered an age division again! Besides it’s fun to go up against girls younger than me! 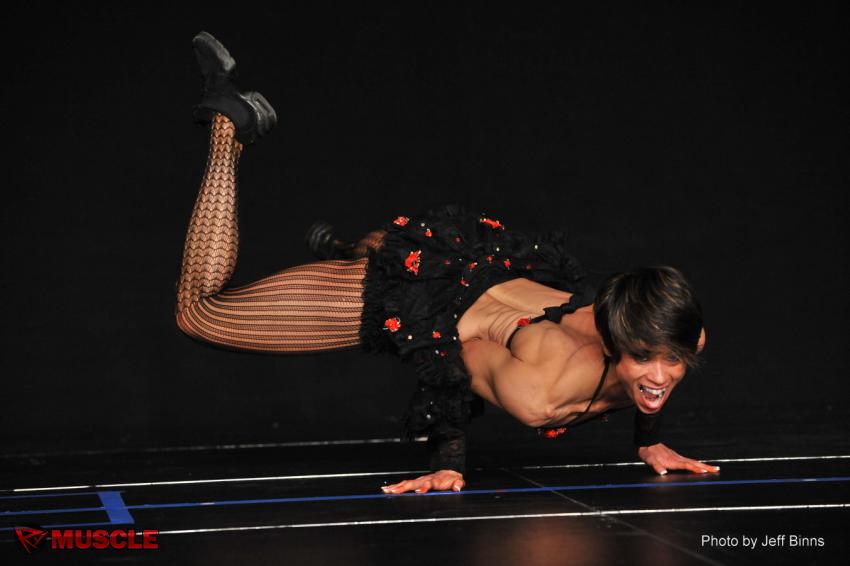 Q.) What was it that made you gravitate towards Fitness?
A.) OOPS! I guess I will end up sounding like a broken record but, for me there is nothing else! I love to dance and stretch, and I love that this makes me feel like an athlete! Besides, it’s nice when guys cannot beat me in 1-arm pushups! I love to choreograph all my own routines and challenge myself with new movements!

Q.) At what point in your career did becoming an IFBB Pro seem like it could be a realistic possibility?
A.) It still doesn’t HAHAHA! I just love competing! It still feels like a dream!  But, I guess when I was unable to compete last year (2012) because of my job, and I had to travel throughout the year, I realized that I missed it so much! I just told myself that I need to look better and have a much better routine!  So, I competed for myself again, and they say the 7th time at Nationals is the charm! (Insert BIG grin here!)  Lishia Dean and I usually go back and forth on our placings at the Team U! So, when I found out she turned pro, I did have that little glimmer of hope! (Love ya, Lishia!)

Q.) Recently you won your Pro Card at the NPC Team Universe by taking 2nd Figure Class B. Prior to that you had competed six times at the National level and placed fairly well, but ultimately weren't able to capture that elusive Pro Card. Did you ever get discouraged and think there was a possibility that it might not happen for you?

A.) I did not get discouraged. I never went in to say, “I am getting my Pro card!” So to hear my name at Team Universe called 2nd, that definitely made me smile and cry! It was also neat to see the score cards and that there was only a 3-point difference between me and 1st place! It was a neat accomplishment for me to come in with my best physique and best routine and end up as an IFBB Pro!

Q.) Perhaps the most incredible thing about your recent victory is that you won your Pro Card at age 47. Describe what the feeling was like hearing your name announced onstage and realizing that you'd finally achieved your goal.

A.) Who does that! Oh, I guess I did! Ha! It’s a great feeling for people to see what I have done at... shhhhhh (This age!) Anyway! It still feels like a dream! I wish I buckled down more at a younger age so I could compete for many more years as a pro! That will probably be my biggest regret! But, at least I have done my best so far, and I never gave up!

Q.) You're planning to make your pro debut in October at the Europa in Phoenix. What changes can fans expect to see from you as you take the pro stage for the first time?
A.) My physique has always been my downfall. I am small in the upper body. I have baby delts and baby lats!  So, instead of me freaking out! I will be changing my routine, using new music, and incorporating a few more new strength moves! I do not think I will have much stress. I will be sooooo star struck to be with other Fitness pros and step on a pro stage! WOWIIIEEE!!!!!  (Okay, and a bit of "Yikes!")

Q.) Is there anyone you'd like to thank for helping you reach this point in your career?
A.) Well, of course, my husband Ma 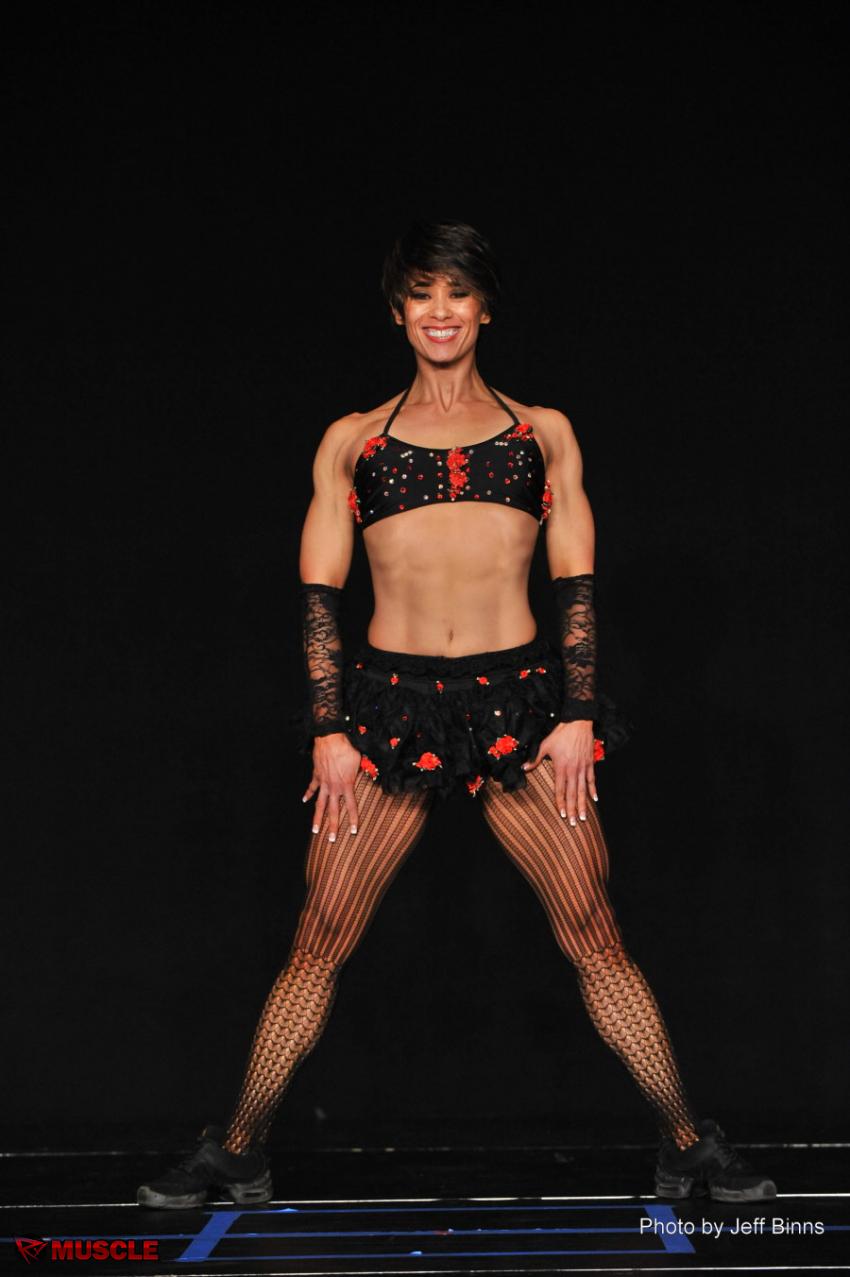 rk first! He gave up on all of our vacation times this year for me to pursue my Fitness goals! He started me on this path and I share this Pro status with him! But, he does miss his "eating food" buddy! I will be 48 in November so this show in October makes a great birthday present to me! Also, October 30th is our 26th wedding anniversary!  He is definitely a KEEPER!!!!

Best of hugs and thanks to IFBB Fitness Pro, my coach, Tanji Johnson! I knew her before she turned pro! We competed against each other (yes, I was that stupid!) hahaha! in Olympia, Washington.  She, of course, got 1st and I got 2nd!  So, when I found out she was in Renton, WA and I was in Olympia, WA, I couldn’t believe we were so close! She has her "Save Fitness" team and I wanted to be a part of it! She is wonderful! It would be so cool to step on stage with her as a pro!!!

Q.) If someone would like to reach you for guest posing or sponsorship opportunities, what's the best way to get in contact with you?
A.) Of course, email me at [email protected]

I also have for sponsorship...
http://www.gofundme.com/3mswpg
I really love being a Fitness athlete! I want to promote the message of hope at any age for anyone trying or wanting to be a competitor no matter which division! I want to thank RX Muscle and RX Girl for having such a supportive website we can go to! If anyone reads this and it makes them motivated... Love ya for that!!  Hit the gym... Be strong... always strive to be a better you!