What are NPC judges r 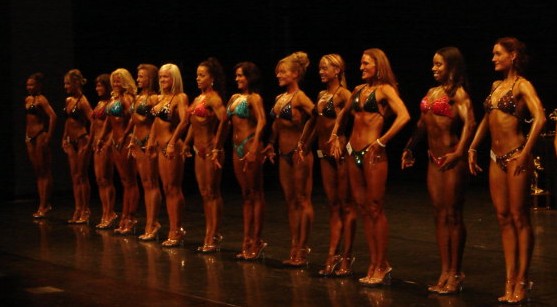 eally looking for when judging the amateur and national level Figure competitors?

Each year the NPC Standards are posted publicly so Figure competitors know according to what criteria they will be judged. So why does it seem that sometimes the judging is inconsistent?

A lot of it depends on what the competitors look like, especially in the smaller shows. If there are only four Figure girls in a height class and none of the four meet the standard, it makes it very difficult for the judges to score. Imagine if you had to judge a lineup and no one met the standards. So what are the NPC Figure Standards?

The 2013 NPC Figure Scoring – Judges will be scoring competitors using the following criteria:

· Small degree of muscularity with separation, no visible striations 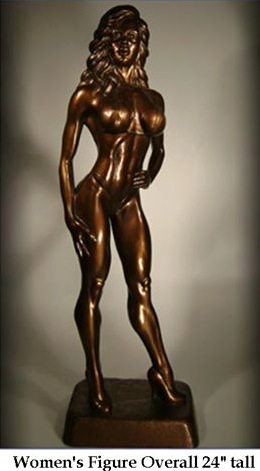 I interviewed a few longtime NPC judges and fellow IFBB Pros to get their perspective on the different criteria and how they approach scoring each category.

Muscularity:  they look for defined separation of the large muscle groups with no striations

Tone and shape: they look for symmetrical body composition with healthy full and round muscles

Skin tone: they look for an even, complimenting, dark tan that accents the muscle definition

The best advice for any competitor, is to show up at their very best in all three major categories; physique, conditioning and presentation from head to toe. The judge’s eyes are trained to very quickly assess the competitors against the standards and make a judgment call. Competitors that have what they are looking for are going to get the recognition and be compared to others that may have similar qualities.

If you are doing your research and want to better understand how or why a particular show or class outcome resulted the way it did, don’t just look at the winner or top five placers. Take a look at the entire line up. The class comparison pictures are a good source. Keep in mind too that pictures only provide us with a snapshot in time and may not demonstrate the overall assessment made by the judges. Stage presence plays a huge part in catching the eye of the judges and getting that highly sought after first or second call out during the comparison round.

Once you understand the various factors that impact the judging and scoring it is easy to see why each show may have a different outcome. It isn’t that the judging is inconsistent… it’s that the competitors are inconsistent from one show to the next or more granularly, from one class to the next.