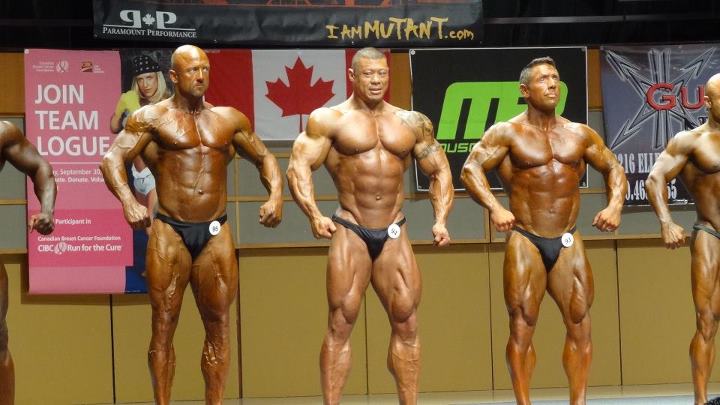 .  Carb or fat loading....check.  Spray tan applied....check.  Posing suit and music...double check.  Ready to step on stage and showcase all of those weeks of dieting....CHECK!

Over the past two weekends (August 11 and August 18 2012), Canada showcased the best and top caliber athletes that each of its provinces had to offer through the CBBF Nationals which took place in British Columbia and Edmonton Alberta.  For those not familiar,

"The CBBF is Canada's only federally recognized governing body for amateur bodybuilding, fitness and body fitness (figure) competition. This is the only Canadian organization that qualifies competitors for competition at the three annual IFBB World Championships, and the only one that awards competitors an IFBB Pro Card. Participating in CBBF events means you are able to compete with the best athletes in Canada who qualify through stringent tiered systems in their host provinces and are judged by qualified provincial and national judges. Only those competitions that appear on our Events listing listing under each of the sections are sanctioned by the CBBF.  The CBBF's Executive is an elected body of representatives comprised of a president, vice president and secretary/treasurer, whose role is to guide the CBBF for the betterment of each sport."  (CBBF Home Page).

Now the province of British Columbia and Alberta are known for their beauty and beef, and funnily enough, the visitors were treated to both...however, it was of a different kind.  With close to 500 competitors registered between the two shows, which were record numbers for the Nationals, this year promised to present talent unlike any other and the judges would have their work cut out for them.

To be seen as an athlete, one is described and/or defined as, "a person trained or gifte

d in exercises or contests involving physical agility, stamina, or strength; a participant in a sport, exercise, or game requiring physical skill."  That being said, to be considered a National Level athlete in either bikini, fitness, figure, physique or bodybuilding, one must work beyond their abilities, fears, mind and obstacles, to win local and provincial shows therefore qualifying them to reach the National Level.  Each of these athletes put everything they had on the line with the hopes of winning the coveted IFBB Pro Card, which in turn would allow them to compete on the world stages within the IFBB Professional league,with legends in each discipline.  The prep work that each athlete put in, would all be worth it with an overall win and being crowned one of the newest Canadian IFBB Pros.

On August 11 2012, part one of the CBBF Nationals took place in New Westminster, British Columbia.  This show was comprised of the Women's Bikini, Fitness and Figure as well as the Men's Physique and Elite Bodybuilding.  With anywhere from 4 to 24 competitors in each class, the judges had a difficult time deciding who would be in the Top 5, because the athletes did not make it easy.  Bringing physiques that many want or try to achieve,it was obvious that a 'battle' had begun for IFBB Pro status.  Now as with any sport or event where judging is involved, emotions ran high and in some cases, feelings were made known throughout the pre-judging and into the finals.  Everyone had their favourite and each athlete brought their best, and apparently, what some may feel is typical...everyone became a judge of their own.

In the end, 9 IFBB Pro cards were handed out that night with the Women taking the majority of them home, as well as the host province of British Columbia.  The newest IFBB Pros to add to the list are the following athletes: 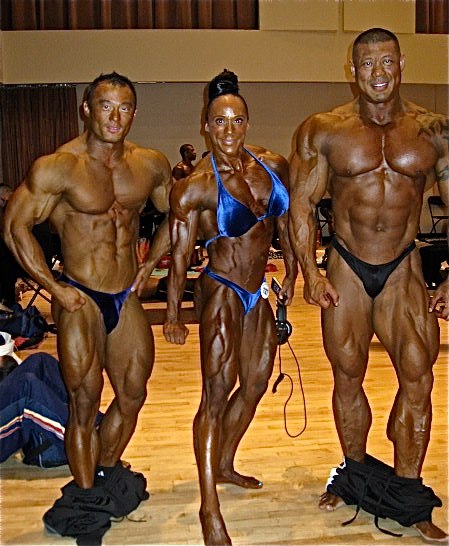 These athletes proved to have done their homework and bring a package that hit all of the points that the judges were looking for at this time.

As Part 1 of the CBBF Nationals came to a close, there were roughly another 250 athletes counting down the days of peak week, before they had the opportunity like their peers and teammates, to hit the stage and compete for the next round of IFBB Pro Cards in Edmonton Alberta.

The CBBF Nationals Part 2, held on August 18 2012, in Edmonton, brought out Canada's top competitors in Women's Physique and Female Bodybuilding, as well as, Men's Bodybuilding.  With record numbers in each class, the hype and buzz that surrounded this weekend's show was one to not disappoint.  The classes had anywhere from 1-26 competitors. The Men's Light Heavy Weight which had 26 competitors was the largest class with the largest weight variance. It was a mixed bunch of brand new National qualifiers, as well as the veterans who have graced that stage before.

Weeks prior to this show, there was a lot of talk about the Men's Super Heavy Weight Class.  Were the two runner ups from last year's show ready to face each other again and which of the two would win and maybe even claim one of the IFBB Pro Cards?  Yes, that is correct.  One of the 8 IFBB Pro Cards that were to be handed out that night was going to be awarded to a Super Heavy Weight competitor.  The "battlelines" were drawn and the supporters of each had taken to social media to share "proof" as to why one would win it over the other.  However, while this was going on, there were a few new competitors to the class that were able to catch the attention of the crowd and judges.  All in all, during the pre - judging, in both the Women's and Men's various divisions, it was once again put out there, that Canada came prepared.  New to the CBBF Nationals this year was the Women's Physique.  These women brought elegance, symmetry and creative routines that displayed overall conditioning at its best.  With minimal points separating the ladies, it was obvious a standard was set and these athletes set the bar on what future Physique competitors need to bring to a National Level stage.

Not only did the Physique class bring out the best of the best, the Women's Bodybuilding had people guessing who would take home one of the IFBB Pro Cards.  These women put their all on that stage and proved that being a bodybuilder is more than just big muscles.  Ontario did well in several of the Bodybuilding classes, with most placing in the Top 5 and also being the province to take 2 IFBB Pro Cards home!  Congratulations to Joanne Williams and Sharon Mould!

As the excitement of the women continued on, there was so much build up for the Men's Bodybuilding...in all classes.  These gentlemen were not fooling around.  Past competitors made major changes and improvements, and those that were new, made some waves along the way too.  Pound for pound and pose for pose, these guys were not fooling around.  After a lengthy pre-judging and Top 5 Finals showcasing the routines, the night ended with eight more Canadians added their 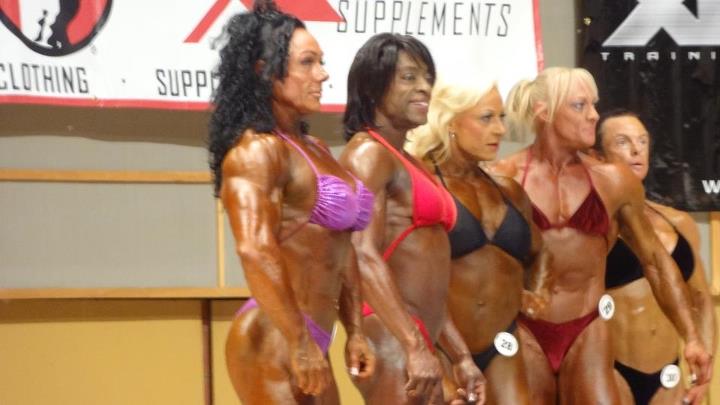 The CBBF Nationals part 2, filled with all the excitement and anticipation of who will win, also had the honor and privilege of IFBB Pro Helen Bouchards guest posing.  The audience was treated to an inspiring routine by a Canadian legend, which was also her last.  That night, Helen announced that she was retiring and that was her last time on stage. Helen made a heart felt speech after her guest posing routine and started to cry as she thanked everyone,  especially Brian and Donna Logue.


All in all, the CBBF Nationals ended on a high note with 17 newly carded Canadian IFBB Pros.  These competitors are going to be representing Canada in their respective classes and these athletes have been selected as the best in our country.  17 more IFBB Pros from Canada are ready to flex their muscles on the World stages, and show what the Red and White has to offer.