Have you ever wondered what re 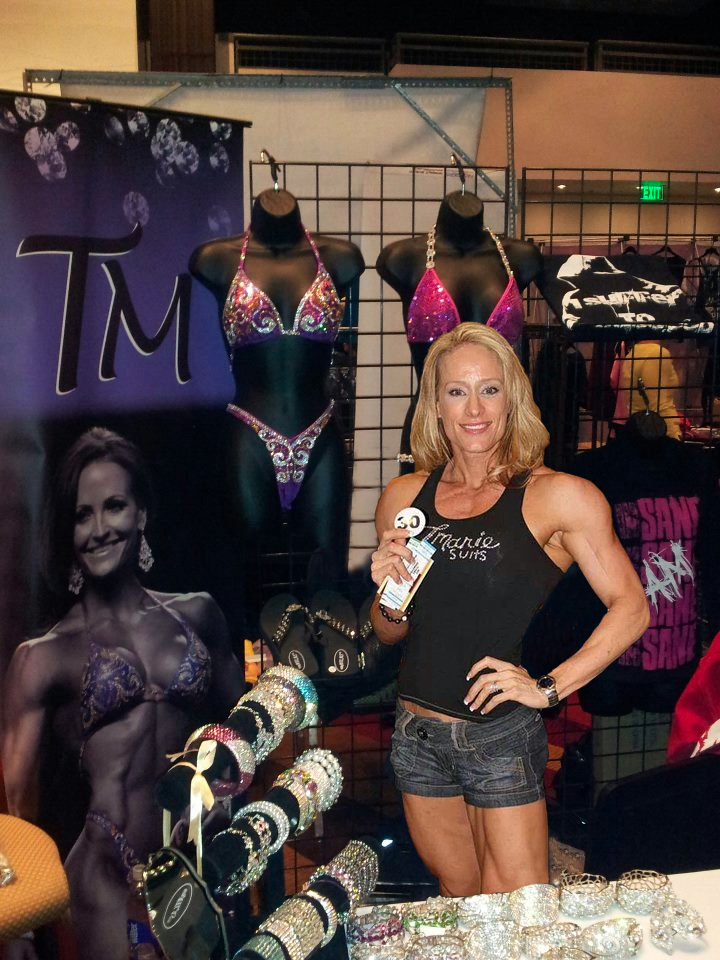 ally goes on during the making of your competition suit? Think about it. The cut is perfect, the material and the quality of the fabric is just how you want it, the stones glued on just right. Someone has to do all of this work. Tamee Marie is that person. “I sometimes feel like I glue for a living,” she says with a laugh.

Tamee is a well-known competitor who has done shows as a Fitness and a Figure competitor but she recently made the switch to the Women’s Physique division, where she competed at the 2013 Olympia. She is also known for her high-quality suits that are worn by some of the most popular competitors in the industry.

The beginnings of her suit business were humble enough. She was on a tight budget after her marriage, and she did not want to spend exorbitantly on a suit. “I was also unimpressed with the selection,” she remembers. “If you’re going to spend that money on a suit you might as well like it.”

She decided to make one herself. After the show, another competitor liked her creation so much she bought Tamee’s suit from her. That’s when she knew she was on to something. She made a suit for Monica Brant and word of mouth spread from there. “I was able to create a team of people to help me create a network.”

From that first suit in 2004, Tamee’s business boomed. She credits it to the multitude of options she provides. Competitors apply for one of Tamee’s suits through a process that allows her to get a grasp of the client’s personality and wants. She realizes “most of the girls will only wear these suits once or twice, so they might as well get their money’s worth.”

There is a sponsorship program for amateur athletes which provides a free suit to borrow, as well as a rental program. Tamee makes sure the suits are refurbished like new. “The girls are particular. If so much as a single stone comes loose I’ll replace it. Regardless of whether it’s bought or rented, I like to see the girls fall in love with their suit.”

There is also a lot to consider in regards to the suits themselves. Every federation has very specific guidelines about suit measurements. Within each federation, each division has its own standards. “It’s a lot to stay on top of,” she says. “Contrary to popular belief, cut and color are more important than stones.” She prides herself on making suits that are complimentary with good lines because she knows it makes a difference with the judges. “Most of the judges are men! As a competitor, I work with my husband to find th 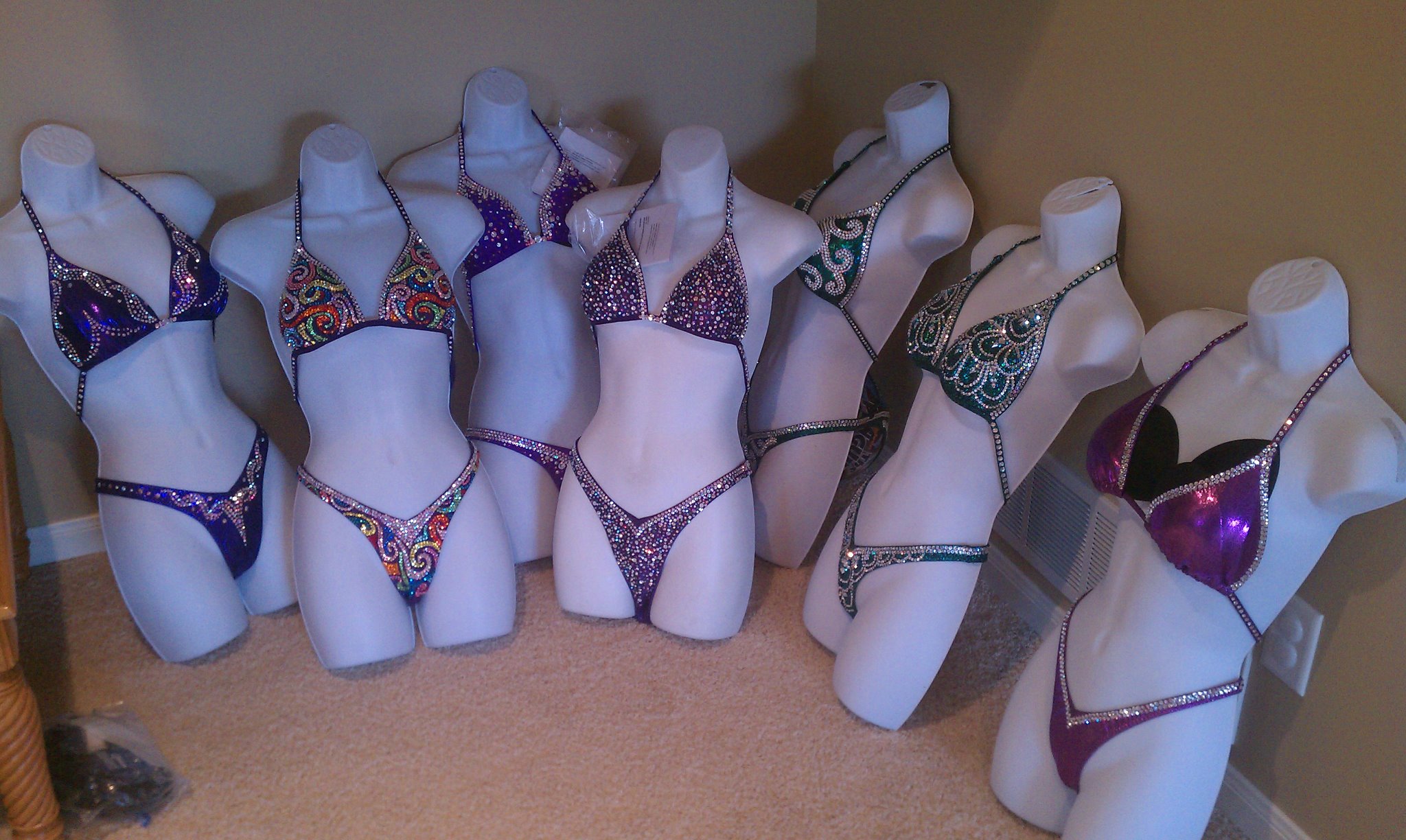 at balance between what the client wants and what’s appropriate.”

The best thing about doing business with Tamee is what she gives back to the client. “I am always on call because the girls need support.” As a competitor herself she realizes how hard the process can be. “Most girls who compete are type A when it comes to personality.   They are exhausted and food depleted so naturally stress is elevated. I want to make the process as smooth as I can from my end.” As much as she loves training herself, the suits are her number one priority. She says she sometimes gets some goofy requests, but she always tries to steer clients in the right direction. “For me it’s all about the athlete, the reaction makes all the difference.”