Bros vs Pros X sponsored by Hydrolyze Ultra promises to bring some very interesting competition among the ladies. With three returning champions in one gym from three different backgrounds, the numbers I am expecting will be MASSIVE! West County Health and Fitness in St Louis will play host to some of the hottest ladies in the health and fitness industry today. These ladies will have three very arduous and daunting tasks beset before them. No longer contesting just two events, this will contest three events testing overall body strength and endurance.

The first event is a mainstay in any fitness enthusiasts arsenal of tricks: Pullups. There is absolutely no denying this is a basic and fundamental exercise forgotten in training by some, but utilized as an effective strength and conditioning movement by many others. The idea is not difficult to understand. Grasp the bar and pull your body up until your chin clears the height of the bar. Any grip may be utilized, straps and/or chalk may be used as this is an endurance event, not a test of grip. I expect somewhere near the 30 mark will be the number to beat.

After an intermission where Toney “X-Man” Freeman will lead the men in the battle of the 225lb bench for reps, the women will take on what has been described by Bros vs Pros 8 champion Mikaela Soto describes as “Pure Hell”. Each athlete will have their individual bodyweight measured and then loaded onto a bar on the deadlifting platform. Each athlete may use chalk and straps to again, ensure grip, but reps will be strict. Standing erect is imperative, touching the ground a must. However, if the athlete needs to rest, that rest needs to occur in the upright position. There is no resting on the ground for any reason, including readjusting your grip. Go ‘til you can’t go no more... than a few more.

In between the final two ladies events, Jack Titone, the promoter for both the St Louis Pro and Bros vs Pros X has in the works, what may cause us to make this the first 18+ over Bros vs Pros yet. Last year in St Louis, Jack had quite the surprise for Dave Palumbo in his hotel room. Dave, still scarred from the ordeal, complains to this day of the Post Traumatic Stress he lives with every day since that fateful hotel room encounter. Lets see what Jack has planned this time!

The last event for the ladies is a bodybuilding staple. We have seen countless twenty something males in every gym around this country staring at themselves in the mirror (read - being total fucking douche-bags) trying to be the next Arnold. The barbell curl in this contest will be painful for many. In Chicago, we saw 4 different girls knock out more than 70 reps apiece using 40% bodyweight and a cambered bar. This time around these ladies will be using the familiar cambered bar, but we are upping the weight to 50% bodyweight to help drop the volume of reps and ease the girls suffering. Again, straps and/or chalk is fine and as many found out, is very helpful with this kind of all out torture fest.

The winner will be determined by the highest average placing across all three events. In the event of a tie, the promoter and head judge will determine the what event will be added to break the tie and determine the overall winner.

Here is a quick look at some of the top contenders:

“My bodyweight is low and training has been going really well. I am working through a back issue that isn’t really affecting my ability to deadlift, so I am pretty confident I can defend my title from Chicago. This young lady at one point was undefeated winning more than 90 powerlifting meets in a row. Amanda came to Chicago and showed what it takes to be a winner. She knocked off Phoenix Bros vs Pros 8 champion Mikaela Soto. She took down IFBB Figure Pro and Chicago native Alicia Harris, IFBB Pro Bodybuilder Sheila Bleck as well as several local powerlifters as well as the infamous, Melody Melo. At a relatively light bodyweight she will have an advantage, but has she been practicing her pullups? 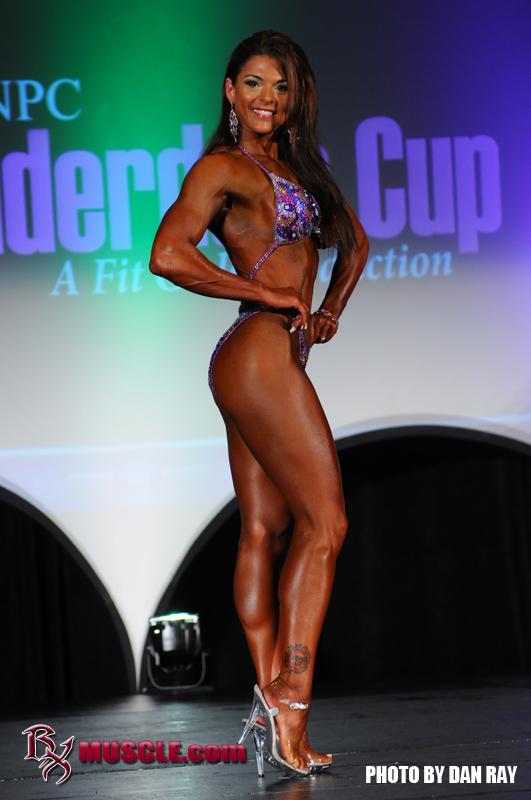 Ann’s camp tells me she is super light and uber strong right now. She has always out muscled most other figure girls in the IFBB, but I am told she is incredibly lean right now and they plan to bring her in under 130lbs! Ann had a stellar year last year culminating with her appearance at the Figure Olympia. I am told Ann has been training with a 300lb monster tractor tires at her gym in St Louis and has video to back it up. This lady showed up to win last summer at Bros vs Pros 7 on Long Island, NY. She competed against men for the first time in BvP history in the Co-Ed challenge and dispatched everyone with amazing endurance on the pullup bar. She then brought out the big guns and knocked down rep after rep in the curl to secure her victory. With Hydrolyze Ultra and Species Nutrition sponsoring this stunning athlete, call it an early prediction, but based on what I know about this lovely lady, she is a killer inside and is the one to beat.

What is there to say about one of the most muscular and intense training bodybuilding figures in the IFBB today? Since turning pro in 1992, yes, twenty years ago... Tazzie has been a massive muscular force with throngs of fans from around the world wanting to see more of her. When she competed in one of the very first Bros vs Pros in New York, people had the opportunity to witness what a powerhouse she is. With an official competition bench press over 400lbs, Tazzie brings a serious game with her to every Bros vs Pros, no matter the event. Being off-season currently and weighing in around 190lbs, Tazzie may have a bit more work to do than her lighter contemporaries, but her intensity is the great equalizer. Species athletes are abundant at most Bros vs Pros. Maybe it has something to do with that fella Dave Palumbo being boss at both joints? hhhmmm.... Well, I spoke with Candice last night and she tells me she is stoked to be a part of this, and not just because she was asked to by El Jefe!  Candice brings that perfect blend of athleticism, femininity and passion about fitness to be a serious threat at this event. She knows what hard work and dedication are as evidenced by her Jacksonville and Hartford wins in 2010, she then set her sights on 2011. Wow, what a year. After nailing wins at the Optimum Classic and the Phoenix Pro, she secured herself a shot at the Olympia where she made the podium by taking 3rd. So ya, I think she knows what hard work and dedication are all about. "I am honored to be a part if the St Louis Bros vs Pros event. I always hear about them but never attended nor participated in one. I'm really excited actually! It should be a lot of fun. I am pretty confident I can hold my own, but either way...it's about the Experience and having Fun!! Life is full of ‘em..so you gotta enjoy the ride! See you in St Louis!!"

This hottie from Austin, Tx turned Pro in Bikini in 2009 and obviously was bitten by the gym bug. She made the decision to add some quality mass to her very feminine lines and has transformed into one of the most sought after physiques in the IFBB today. As a rising star, this Hydrolyze Ultra sponsored lady is excited to be a part of this Bros vs Pros, knowing how stiff the competition will be. She has the added advantage to not competing on the St Louis stage the night before Bros vs Pros X, and hopefully she will come in light enough to have the bodyweight advantage needed for this type of event.. Gail is no stranger to competing at Bros vs Pros. She was a last minute addition to Bros vs Pros 8 in Phoenix at the Metroflex Gym. She stepped in, stepped up and knocked down some serious reps in the squat challenge. This Hydrolyze Ultra newly sponsored athlete has been in the game for a long time. After winning the Jr National Overall in 2009, she set her sights on that ever daunting Pro Card. With a solid middleweight win at the USA’s last year, she has primed herself for a run at that Pro Card this year. Gail picked up the heavy iron bug recently and has been training with several Chicago area powerlifters to add a new element to her training regimine. Gailis also known for her incredible marketing abilities. RxGirl has literally exploded with content as she heads up the RxMuscle sister site with tons and tons of IFBB and NPC womens athlete content. I asked her if she was the one to beat in St Louis? “Hell ya Buddy!!!” Better known in the fitness community and on RxMuscle forums as Jewelisa, this North Carolina lovely brings a tightly chiseled 40’something year old package of strength and femininity to the St Louis stage. A custom competition suit designer, Lisa has been in the game a long time. She knows exactly what its going to take to be competitive with this high level of athletic femininity in St Louis. Lisa will have the double edged sword either favoring her or hindering her; she will be competing in the NPC event at the St Louis Pro on Saturday, the day before Bros vs Pros X. She will be lighter, which should be advantageous in the deadlift and curl, but fatigue may be her handicap.

Anyone interested in seeing and meeting these and many other beautiful ladies can do so at the Hydrolyze Ultra booth in the Busch Student Center on the campus of St Louis University during both the day and night shows. Join SallyAnne, Dave, Pete the Intern, Toney Freeman and myself for what promises to be the biggest Bros vs Pros event yet. Jack Titone is one of the most successful promoters in the IFBB and with his name and support behind Bros vs Pros X, I expect a huge turnout and stellar athletes.