“Do what you can if you can for those 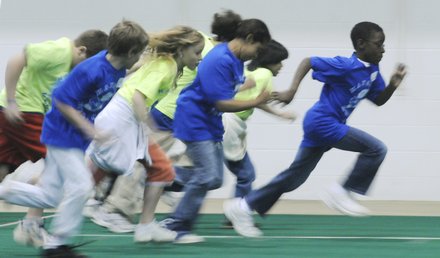 As I rode on the train to the airport to head home from the North Americans in Cleveland I looked around at the vacant buildings and low income areas we passed by and began to reflect on where I came from and what earning my IFBB Pro card means.

Competitors have often asked what I get for earning the title IFBB Pro…supplement sponsorship, magazine spreads, etc.  I’m not sure if they are happy with the answer when I say none of the above.  No one is beating down your door to sponsor you, modeling jobs aren’t landing on your lap, and you aren’t magically rich and famous.  It’s a great personal accomplishment and a nice line on your resume.  But beyond the personal glory & recognition it actually is more than that.  It’s HOPE for those people who look up to you and feel you represent them.

I am honored & humbled to have been amongst the first people of color along with Mark Wingson and Angel Cordero to have earned their pro card in this inaugural season of Men’s Physique.  I could sense some tension building amongst my peers over this fact prior to the North Americans and the subject of why no minorities have turned pro yet seemed almost to be taboo when raised in our private Men’s Physique forum.  I’m going to share a little bit of myself to hopefully explain why it matters.

I am the child of a father of West Indian and Irish descent who grew up in Harlem, NY and my mother is Spanish and Filipino who grew up the Philippines.  The town I grew up in was filled with poor military families, single parent households, and was filled with gangs, drugs and violence.  While many kids went off to summer camps and vacations my siblings and I spent them picking blueberries on a local farm to pay for school clothes and supplies.  We were only able to buy two outfits each and traded clothes so we didn’t have to wear the same thing in the same week.  I used to tape my shoes together to keep them from falling apart because I knew my parents didn’t have the money to buy me new ones.

As a “minority” we are socialized to believe most things are impossible for us to accomplish until we see someone who resembles us that was able to accomplish it first.  When teachers would ask me to write about someone famous I looked up to I could never write it because no one ever represented me.  I remember as a young child an adult actually telling me I would never be accepted or successful because I looked different.  So what right did I have ever believing I could ever amount to anything more than what I was surrounded by?  I believe I had every right!

Luckily I was blessed enough to have parents who always reminded me how much they believed in me.  To this day my mother still always says, in her broken English, “my dear son, I know you can do anything you put your mind to” while my father used to always tell me, “there is nothing you CAN’T do son so that word should never be a part of your vocabulary.”  Parents would never lie to us would they? Of course not. (Lol)  So I believed it because I had them there to remind me throughout my life.

Not everyone is as fortunate to have parents who have been a positive influence upon their self-confidence so they need other things and people outside their lives to make them believe they do not have to be a victim of their circumstances.  To believe they can aspire to be whoever they desire to be.  That’s why this matters.  We aren’t curing cancer or ending world hunger but for the people that follow each one of us competitors we give them hope that if we can do it then so can they.  Life isn’t easy for most and it’s our difficulties we have overcome that inspire our friends, family and “fans” to maybe try a little harder to do something they always wanted to accomplish.  That’s why this matters.

I mentioned in an earlier blog that we should strive to be ambassadors of this new sport.  We are not only ambassadors but role models whether we like it or not. I also asked the current pros to lead the way and now that I have joined their ranks I take that responsibility very seriously.  Many of my peers have said we are a “new breed” of competitor.  I would tend to agree but it takes more than the saying to make it so.  It takes doing.  For me that doing will be in the form of giving.  So to honor the memory of my role model, my father, I am going to choose to give back.  I intend to donate 100% of my IFBB prize money in 2012 equal to my income earned through sponsorships to a local charity of whatever city I earn it in.

There is a line from a poem by Marianne Williamson that I feel is fitting, “…as we let our own lights shine, we unconsciously give other people permission to do the same.”  Choose to shine so that others can have a light to follow out of the darkness.

Feel free to keep up with me on my Facebook Athlete page: